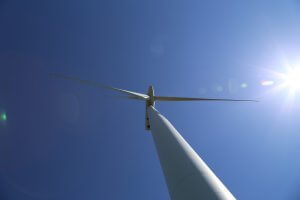 If Canada plunges whole-heartedly for renewables that remain high-priced while the U.S. embraces low-cost oil and gas, we will suffer a loss of competitiveness that reduces our economic growth while the U.S. pulls away, writes Philip Cross.

Abundant energy is the beating heart of our economy and society, driving the ongoing search for new energy sources. At one time, nuclear energy and then briefly fusion promised unlimited power at little economic or environmental cost.

Since the 1970s, renewables from wind and solar power have held out the tantalizing prospect of lower prices without emissions. However, renewable energy remains a minor source of energy (about four per cent in Canada excluding hydro).

This is why the International Energy Agency forecasts oil demand will grow to over 100 million barrels a day by 2040, followed by natural gas and coal. Transitioning from fossil fuels will be long and laborious with no guarantee that renewable energy ever displaces them as the primary energy source.

High cost is a major drawback for wind and solar power. It is misleading to claim solar and wind power costs the same or less as other energy sources since all that matters is the overall cost of energy.

Focusing on the cost of generating one more kilowatt hour of solar or wind power ignores their overall impact on electricity prices. It is no accident that jurisdictions investing the most in renewable energy, such as Denmark, Germany, and Ontario, have the highest electricity prices. The intermittent nature of wind and sun and the prohibitive cost of storing electricity means renewables need to be backed up by thermal or nuclear power sources, which have high capital costs that must be accounted for in the cost of renewables.

Electricity prices in Europe are nearly twice as high as in North America. Europe increased its reliance on renewables while shunning the fracking technology that unleashed a torrent of oil and natural gas in North America. Developing cheap energy sources helped raise economic growth in North America consistently above Europe over the past decade.

Since renewable energy is costly for the overall energy grid, supporters use pastoral appeals that wholesomely describe solar and wind power sources as farms while thermal and nuclear energy sources are denigrated as industrial plants. This reflects an hostility towards modernity despite its obvious benefits for our lifespans and living standards. Solar and wind also appeals to the rising anti-globalisation sentiment of our time; they are usually sourced nearby and certainly are not transported overseas like oil and gas.

However, this very portability of oil and gas is one of their advantages that allow an immense amount of energy to be carried in automobile gas tanks or aeroplanes.

Hydro is the most successful renewable energy source but is regarded ambivalently by environmentalists. Some tout the green credentials of large scale dams since governments and the IPCC classify them as clean power, while others only approve of small projects because of the environmental damage from large reservoirs. In any case, governments increasingly will be skeptical of large hydro projects after the massive cost overruns at Muskrat Falls in Newfoundland and Site C in BC.

The promised proliferation of jobs from wind and solar power has never materialized. All energy sources are inherently capital intensive, whether renewable, thermal or nuclear. As a result, the jobs Ontario and the Obama administration hoped for when making large green energy investments during the 2008-2009 recession failed to occur. Rather than unleashing a gale of green growth, high prices for renewable energy compounded the loss of jobs in industries that depend on cheap energy inputs.

Nuclear power was thought in the 1970s to be the future of energy, reflecting its scientific image, low costs and no emissions. Some fateful decisions based on this assumption have haunted governments ever since, notably Ontario’s bet on nuclear plants and Newfoundland’s sale of Churchill Falls power to Hydro Quebec (which itself was debating internally whether to commit to nuclear or hydro power).

The lesson is that the consequences of developing specific energy sources will be felt for decades to come.

If Canada plunges whole-heartedly for renewables that remain high-priced while the U.S. embraces low-cost oil and gas, we will suffer a loss of competitiveness that reduces our economic growth while the U.S. pulls away. As seen with nuclear power, the path forward in energy sources is never as obvious as it seems today since it is impossible to predict how technology and the economy will change.

We don’t know what Trump gave away in Helsinki: Marcus Kolga in New York Daily News