Removing sexism in Indian Act a work in progress: Ken Coates in the Toronto Star 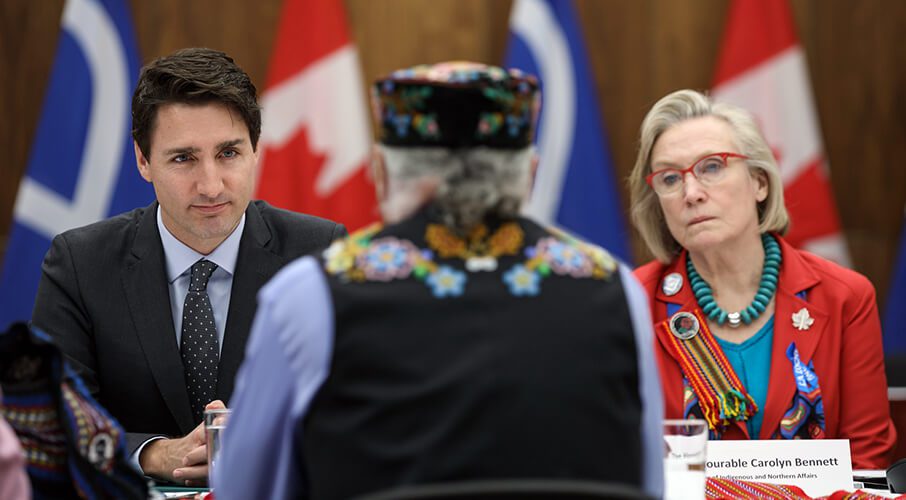 Moving towards re-empowerment is far from easy. But justice and fairness are rarely achieved without hard work and sustained effort, writes Ken Coates.

It is hard to set history right!

When elected in 2015, Prime Minister Trudeau made it clear that sweeping reconciliation with Indigenous peoples was the government’s foremost priority. The last four years have been bumpy, with the government discovering that bold promises can be extremely difficult to implement.

But we should acknowledge where there has been significant progress. This is particularly the case with the elimination of substantial sex discrimination in First Nations membership codes.

The Indian Act is an odd and complicated document, particularly regarding membership and status. In seeking to set things right, the government consulted with affected people and communities about the new legislation, Bill S-3, before implementing it. The new regulations address multi-generational inequities and could provide First Nations status to between 250,000 and 500,000 additional people, depending on the number of eligible individuals who apply and are approved.

Sex discrimination in the Indian Act was a stain on Canada’s record; recent changes are long overdue. What comes next is hard work and some expense, but these are not processes to be feared, for they continue the ongoing effort to define and refine Confederation.

Individuals will have to apply for reinstatement, which will be adjudicated by government officials. No doubt, there will be considerable anxiety, contested decisions and appeals.

A similar process is underway following the Supreme Court of Canada decision in Daniels versus Canada, which marked a major milestone in Indigenous rights. The judgment declared that Métis and non-Status Indians are, indeed, “Indians” under the Constitution Act of 1867. While this doesn’t mean Métis and Non-Status Indians are under the Indian Act, it does mean that the government is obligated to negotiate with both groups to define membership and find mutually agreed legal and financial arrangements.

A great deal remains in the air regarding the Daniels decision. Membership requirements are restrictive, focusing on community engagement and Métis lifestyle. Métis communities and authorities continue to advocate for greater control over membership. It is also unclear what services and programs will accompany this legal status.

The Canadian government is working with Métis organizations on self-government and land and resource rights, foreshadowing years of extensive negotiations with Métis and Non-Status people. There are roughly 600,000 Métis in Canada and more than 230,000 Non-Status First Nations people. If these discussions on land and governance issues follow the path of First Nations land claims agreements, the process will be long and costly. But it will be ultimately beneficial for Indigenous peoples, and the country as a whole.

Most federal programs for Indigenous people cover services — health care, policing, economic development, social housing, education — that are available as required and appropriate for other Canadians. The increase in expenditures will not be comparatively large, focusing mostly on the incremental costs of negotiations and governance support, with additional language and culture programming also likely to be required. But the changes in government activities, Indigenous government responsibilities, and Indigenous-government relationships will, collectively, be considerable.

The Métis and sex discrimination processes address long-standing grievances. These policy stains are not eliminated overnight, but Canada will be stronger and better for having moved beyond historical injustices.

Indigenous people continue along a path of re-empowerment, one that is gradually returning to them that to which they are entitled. As has been discovered repeatedly, these necessary steps are far from easy. But justice and fairness are rarely achieved without hard work and sustained effort.

Why Canada should ban Huawei from 5G