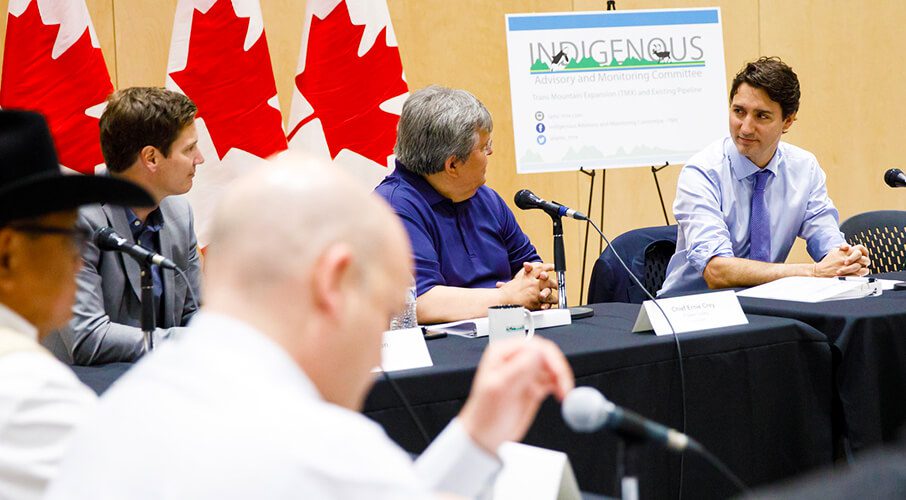 As a federal election looms, Canada currently finds itself amid a time of quiet accomplishment on the Indigenous file. Indigenous affairs in Canada are often quite boisterous and even confrontational. Sit-ins, blockades, and campaigns against resource development are sometimes all we see. Real progress, however, is made through quiet negotiations and extended collaborations.

This is often the case in the natural resource sector, where there are more peaceful and mutually beneficial partnerships than high-profile, Trans Mountain Pipeline-type confrontations that make national headlines. It bears mentioning where we are succeeding on creating these productive relationships.

Indigenous policy in Canada consists of a complex web of existing legislation, such as the Indian Act, as well as historic and modern treaties. Indigenous-state relations are also full of specific claims negotiations and settlements. The government has concluded negotiations on several specific claims, showing an aggressive commitment in this area. Specific claims are claims arising from past violations of Indigenous title or rights.

The Indigenous file is dominated by treaty negotiations, self-government agreements, institution-building processes, co-management accords, court decisions, legal challenges, funding allocations, program evaluations, and collaborative discussions. Outside observers are understandably confused by the multi-layer processes and the time and delays involved in bringing closure to what is clearly a complicated relationship.

Consider these same processes from the Indigenous point of view. These small and typically poorly resourced governments must operate on numerous fronts simultaneously, deciding which legal battles to launch, negotiating on many files with a variety of government agencies and private companies, and filing extensive reports to government. These communities are continually fighting hard to correct the problems of the past and the challenges of the present. For First Nations, Inuit and Métis peoples, the struggle to secure restitution and justice from the federal government imposes financial and administrative costs on Indigenous organizations strapped for both.

In this context, significant progress is worthy of note. For Indigenous peoples, resolutions of long-standing issues are a matter of great importance, even more so than for government. The federal government has historically used delay and time as a tool in the negotiation processes. They have many more people assigned to a task and much more money to cover the costs of negotiations. Given that settlements often run into the millions of dollars, the government can see benefits in delay that do not exist for Indigenous organizations.

Over the past six months and with little public fanfare, Ottawa has concluded agreements on many long-standing and difficult files. Inside Crown-Indigenous Relations and other government agencies, more money and additional staff have been available. Clearly, concluding agreements is a top federal priority, designed to resolve outstanding issues and to show that there is real substance and purpose behind the Liberal government’s commitment to reconciliation. Individually, the agreements attract little national attention, but they collectively represent an important stage in the rapidly evolving relationship with Indigenous peoples and their governments.

Progress is being made on several Indigenous files. This includes the signing of an agreement on the Peel River watershed in Yukon, the creation of Thaidene Nene National Park Reserve in the Northwest Territories, the Anishinabek Nation Governance Agreement moving toward a final agreement, and the Federal Court acceptance of the Indian Day School settlement

Ottawa also signed a new agreement based on the Marshall Decision in New Brunswick, moved forward on treaty negotiations with two BC First Nations, and apologized for forced relocations and sled dog killings among the Qikiqtani Inuit. The federal government also provided major grants for infrastructure and heritage sites in the Northwest Territories, and financially supported Indigenous law centres at the University of Victoria and the University of Alberta. At the same, the government continued the devolution of federal powers to Nunavut.

The government also provided substantial funding to Métis provincial and national organizations to assist with negotiations with government on unresolved issues flowing from the Daniels ruling affecting Métis rights.

The federal government has clearly made a strong and even accelerated effort to remove long-standing impediments to reconciliation and to demonstrate that negotiated agreements can address major Indigenous concerns. You don’t hear about that sort of quiet progress in the news.

Of course, not all current First Nations, Métis and Inuit issues have moved to final resolution. The Métis in the Northwest Territories, for example, walked away from self-government negotiations over ongoing issues relating to resource development, and a variety of long-standing and complex matters.

But it is hard to overstate the significance of the settlements that have been achieved. For the Indigenous communities involved, these successful negotiations resolve long outstanding issues. In many instances, communities have devoted a great deal of money and time to their claims, diverting scarce resources from the numerous challenges and opportunities facing their people. When the main combatant is the federal government, which has a clear fiduciary requirement to look after the best interests of Indigenous peoples, the optics and psychological impact are doubly troubling. Settling these disputes frees up money, allows leaders and staff to focus on other social and cultural issues, and provides more time to work on local governance, economic development and cultural revitalization. This is the true substance of reconciliation.

As Ottawa moves with an increasing sense of urgency to resolve outstanding legal issues and claims, the prospects for lasting reconciliation become clearer. Settlements demonstrate that the Canadian legal and political process can work for Indigenous people and can recognize their legitimate demands and claims. More than anything, the resolutions show that the country is ready and willing to get on with real reconciliation, moving eventually beyond legal struggles and political conflict to the lasting empowerment of Indigenous communities and governments. This is a profoundly good thing for Indigenous peoples and for Canada.

Removing sexism in Indian Act a work in progress: Ken Coates in the Toronto Star