The real story behind Canada’s cash mountain: Philip Cross in the Financial Post 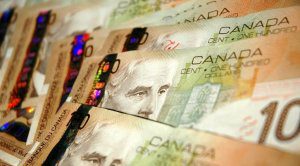 What emerges is a picture of a household sector saving much more during the pandemic than corporations, writes Philip Cross in the Financial Post. Below is an excerpt from the article, which can be read in full here.

A recent report argued that households and businesses in Canada are sitting on $170 billion of excess cash — almost evenly divided between households ($90 billion) and businesses ($80 billion). It defined excess cash loosely as deposits in banks in excess of their recent trend. It’s clear that both households and businesses, faced with unprecedented uncertainty after the shutdown of large parts of the non-essential economy that threw millions of Canadians out of work, have chosen to hold cash above all other assets. But cash holdings are not a good proxy for total savings. What’s more, it is misleading to lump together all businesses, when the condition of financial and non-financial corporations has diverged sharply during the pandemic.

Fortunately, Statistics Canada publishes detailed data on household and business saving and lending. These data tell quite a different story than bank deposits alone do. What emerges instead is a picture of a household sector saving much more during the pandemic than corporations. Both net savings and net lending by households showed huge increases during the second quarter and remained at historically high levels in the third quarter. By comparison, savings by the corporate sector were minuscule in 2020, while net lending showed only a small increase compared with households. In fact, financial firms were the only part of the corporate sector able to generate net savings and they accounted for most of the net lending by businesses last year.

Chaos in the Capitol: Elliot Tepper on CTV News

Chaos in the Capitol: Elliot Tepper on CTV News