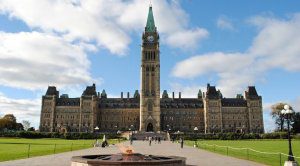 Governments could try to raise taxes to climb out of their deficits, but doing so will only suck strength out of their economies, writes Jack Mintz.

One prediction certain to come true is that by the end of this year governments will be grappling with weakened public finances, a smaller economy and a more cautious public. As I reported last week, the IMF predicts Canada’s all-government gross debt will reach 110 per cent of GDP in 2020. Our fiscal deficit, which is still growing, will be second highest among advanced countries as a share of GDP, behind only the United States. Many people are now predicting taxes will increase in the coming decade.

It might be interesting, then, to look at our tax policy experience following the last big economic challenge, the 2008 financial crisis. The recession the crisis triggered led to a fall in global GDP of just 0.1 per cent in 2009, much less than the currently predicted five per cent loss in 2020. After 2009, tax levels in most countries hardly rose, even though by 2017 fiscal deficits had been halved across advanced countries. In 2007, before the financial crisis hit, taxes as a share of GDP averaged 33.6 per cent across the OECD (with member countries weighted by their GDPs). Ten years later, they were 34.2 per cent. There was year-to-year fluctuation but tax levels were relatively unchanged through the decade. The same is true for Canada. Our tax-GDP ratio in 2017 was 32.5 per cent, almost identical to what it was in 2007.

What did change, despite constancy in overall tax levels, was that tax systems generally became more progressive. The most important post-2009 change was the rise in top marginal personal income tax rates. Given the anger at banker bailouts as Main Street faced hard times, voters wanted the rich to pay more. And so they did.

But — tax hawks take note! — despite higher marginal rates, personal tax collections as a share of GDP fell among OECD countries from 8.9 to 8.6 per cent between 2010 and 2017. (Canada is an outlier, both in relying more on personal taxation and in seeing its revenues from personal taxes rise, from 14.5 to 15.8 per cent of GDP, during those seven years). With people increasingly discouraged from working or investing and evidently willing to avoid or even evade taxes, personal tax rate hikes did not boost revenues as much as expected. Revenues from personal taxes also fell because governments bumped up credits and allowances or reduced low-income tax rates for social policy reasons. What did not happen was personal taxes solving fiscal problems.

What about consumption taxes? Though many experts would have recommended higher consumption taxes to help deal with deficits this happened only a little. Voters balked at increases in taxes that are paid by everyone and tend to fall most heavily as share of income on lower-income households (unless they get an offsetting tax credit). Across the OECD countries, VAT and excise taxes were up only from 10.6 per cent of GDP in 2010 to 10.9 per cent in 2017. In the G7 countries, VAT rates increased three percentage points in Italy and Japan and 2.5 in the U.K. but otherwise held relatively steady in other countries.

On the other hand, governments generally boosted sin taxes on alcohol, tobacco, gambling and liquor. Many also introduced carbon taxes — though environment-related taxes, including fuel taxes, changed little as a share of GDP from 2005 to 2017. Canada did more than the average OECD country in this regard, raising our environment-related taxes from 3.2 to 3.6 per cent of GDP over these years.

There are some lessons here. As we come out of this economic lockdown, governments will have a Hobson’s choice. They could try to raise taxes to climb out of their deficits, but doing so will only suck strength out of their economies. Tax levels probably won’t rise so much but tax policy will change. The choice of tax rates, bases and mix will need to reflect a balancing of growth and social policy objectives.

Jack Mintz is a Distinguished Fellow at the Macdonald Laurier Institute and President’s Fellow at the University of Calgary’s School of Public Policy.

Google should start playing nice with the news media: Richard Owens in The National Post