Putin Wants to Turn Ukraine into a Vassal State: Balkan Devlen for Inside Policy 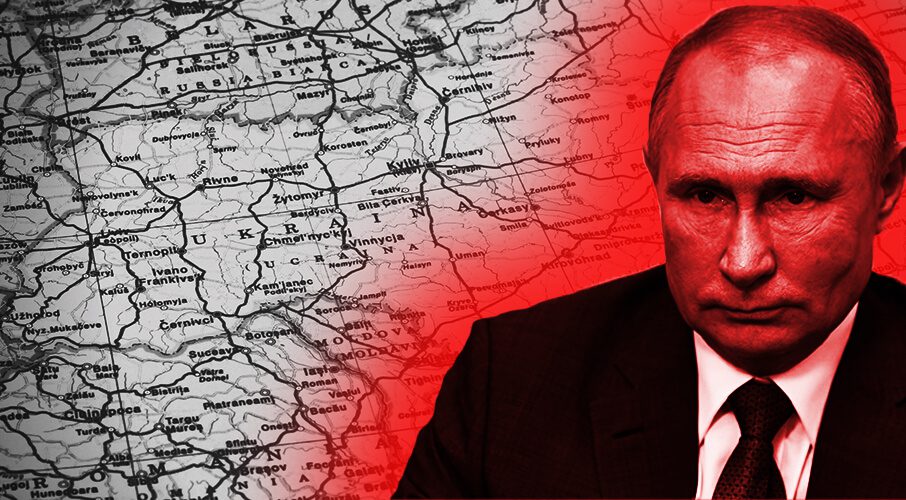 The West should aim to significantly increase the cost of invasion for Russia if we want to avoid war in Europe, writes Balkan Devlen.

A version of this article was also republished in the Toronto Star.

Vladimir Putin is once again threatening to invade Ukraine. The risk is real and Putin must be stopped before he plunges Europe into another war. Yet, as Russia amasses troops and equipment on the borders of Ukraine, the question in everyone’s mind is: what are Putin’s intentions? There are three broad, possible answers.

First, Putin may simply be posturing, much like the troop build-up back in April. In this scenario, he aims to intimidate Ukraine and the West but nothing more. The trouble with this view is two-fold. First, as Michael Kofman has recently pointed out, there is a lot less public bravado about the troop movements compared to April, and the Kremlin’s political discourse is also very different. If the purpose is putting on a big public show to intimidate Ukraine, it’s rather a strange way to do so. Second, there are only so many times you can bluff and not act before it loses its potency. The build-up in spring 2021 did not make Ukraine give in to the Kremlin’s blackmail. In other words, this time it looks more likely that the Russians are getting ready for a large military contingency.

Second, Putin may be planning a large-scale invasion of Ukraine with the intention of capturing and annexing new territory, perhaps going as far west as Odessa. This would effectively spell the end of Ukraine as an independent country. However, neither the size of the military buildup (around 100,000 troops) nor the deployed military hardware point towards such a massive operation. Russia’s policies towards its puppet administrations in Donbass also suggest the Kremlin has no interest in formally incorporating new territories into the Russian Federation. Indeed, it is hard to envision why the Kremlin would not first annex the occupied territories in Eastern Ukraine under the control of Russia-aligned groups before embarking on a massive invasion. In short, risking a major war at an enormous cost and potentially a nuclear escalation to conquer territory with a population that will fiercely resist the occupiers, does not make any strategic sense.

Lastly, Putin may be planning a limited war that aims to create new realities on the ground. By demonstrating overwhelming force against Ukraine, he could potentially reveal NATO as a paper tiger (if the alliance protests loudly but does little else) and subjugate the political independence of Ukraine. If he decides to invade Ukraine in the next three months, I believe Putin hopes to achieve this permanent vassalization of Ukraine. That’s a decision I think he hasn’t make yet – and that’s why it is imperative for the West to act now.

There are two main reasons why I think vassalization of Ukraine, and not territorial conquest, is his ultimate purpose.

First, it became clear in the last two years that Ukrainian President Zelensky will not be a clueless leader, dashing Kremlin’s hopes it would be able to coerce and manipulate the inexperienced president. The anti-oligarch legislation Ukraine passed in June 2021, aimed to reduce the political and economic power of oligarchs, extinguished the last hopes of Putin. The most prominent target was Viktor Medvedchuk, the pro-Russian lawmaker widely seen as Putin’s point man in Ukraine. It is rumored that Putin is the godfather of his daughter and the Obama administration sanctioned him after the invasion of Crimea. He owned three TV stations that promoted a pro-Russia narrative, which were sanctioned by Zelensky with the support of the US and UK. He has been under house arrest since May 2021, with accusations of funneling funds to Russia-backed separatists in Donbass.

Former president Petro Poroshenko has also faced questions about his relationship with Medvedchuk and his government’s role in enabling Medvedchuk’s activities. Prosecutors accused officials from Poroshenko’s government of conspiring with Medvedchuk in helping him “buy coal from mines located in separatist-held areas as a way to finance the separatists.” Poroshenko and his party denies the allegations, claiming they are politically motivated. Intra-oligarch rivalry can be opaque and politically motivated investigations are not unheard of in Ukraine. But it remains true that Medvedchuk’s TV stations continued to promote pro-Russian narratives during Poroshenko’s term and his other activities had continued unabated.

By moving against Medvedchuk, Zelensky has showed his determination to prevent Putin from undermining Ukraine from within, thus reducing the Kremlin’s ability to manipulate Ukrainian politics. That leaves coercion as the only means for the Kremlin to stop Ukraine’s integration into Euro-Atlantic structures like NATO and the EU.

Second, Putin and his minions are increasingly blunt in their statements that what Russia wants is the permanent vassalization of Ukraine. Putin recently talked about the West not paying attention to Russia’s so-called red lines, which include any cooperation between Ukraine and NATO or NATO member states– a point Putin freely admitted in his Valdai Club speech this September. In other words, Putin is no longer pretending to oppose only formal NATO membership for Ukraine, but any kind of relationship, including arms sales, training missions, etc. Fydor Lukyanov, a prominent “Kremlin whisperer,” openly calls for the “Finlandization” of Ukraine, in reference to the Soviet influence on Finland’s foreign policy during the Cold War. In short, the Kremlin is open about its desire to turn Ukraine into a vassal of Russia and permanently crush the aspirations of the Ukrainian people to have a free, sovereign, democratic state.

Since Putin’s options of undermining Ukraine from within is diminishing rapidly, he might be tempted to achieve his goals by brute force and force Ukraine and the West to capitulate to his demands – if he thinks he can get away with it. This is an extremely dangerous situation, not only for Ukraine but also for Europe more broadly. Such a “limited war” may not remain limited to Ukraine. It also poses a serious threat to NATO’s cohesion and credibility if the West buckles under pressure to Putin’s blackmail by abandoning Ukraine to Russian yoke.

What needs to be done? The West should follow a two-pronged strategy that aims to significantly increase the cost of invasion for Russia if we want to avoid war in Europe.

First, we should help Ukraine defend itself by providing advanced weapon systems and other military assistance such as intelligence, surveillance, and reconnaissance (ISR) capabilities to Ukraine. Ukrainians are not asking NATO troops to die for them. The least we can do is to provide a valuable partner the means to defend itself against an invader.

Second, we should make it crystal clear to the Kremlin that military action against Ukraine will result in immediate, extensive, and coordinated economic and diplomatic sanctions targeting Putin and his cronies. Those should include kicking Russia out of the international payment system, SWIFT; declaring most Russian diplomats in Western countries as persona non grata; imposing travel bans on and seizing assets of Putin, his close associates, oligarchs, and their families; sanctioning all major Russian state-controlled companies, including Gazprom; and declaring that NATO will offer an accelerated Membership Action Plan to both Ukraine and Georgia.

Putin and his kleptocratic regime cannot stand the idea of a free, democratic, and independent Ukraine, charting its own way in international politics. It’s incumbent on us to stand with Ukraine.

Dr. Balkan Devlen is Senior Fellow at the Macdonald-Laurier Institute, where he leads the Transatlantic Program.

Iran Nuclear Negotiations Underway in Vienna: Kaveh Shahrooz on i24

Iran Nuclear Negotiations Underway in Vienna: Kaveh Shahrooz on i24