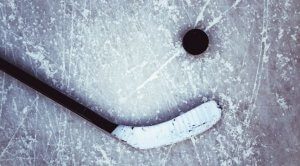 While it may be unique for the Kremlin to target a well-known NHL superstar, the tactic itself is not, and should serve as a wake-up call to the threat of Russia’s political intimidation in North America, writes Marcus Kolga in the Toronto Star.

Earlier this week, the hockey world was shocked when allegations that New York Rangers star winger, Artemi Panarin, had hit an 18-year-old woman in the Radisson Hotel in Riga, Latvia in 2011, were published in a Russian tabloid.

Panarin, who was a candidate for the NHL’s MVP Hart Trophy award in 2020, is a supporter of Russian anti-corruption activist Alexey Navalny and an outspoken critic of Vladimir Putin.

The allegations against Panarin were made by his former KHL coach, Andrei Nazarov, in an interview published in a notoriously pro-Putin tabloid newspaper, Komsomolskaya Pravda. For his part, Nazarov has been involved in several violent incidents.

In 2015, when he was coach of the St. Petersburg KHL team, Nazarov beat up the team’s doctor, causing brain trauma. Another video from November 2011, shows Nazarov wildly flailing and slashing a hockey stick at the heads of fans of an opposing hockey team. The KHL coach is a vocal supporter of Putin and even campaigned for recent constitutional changes that will allow Putin to remain as president until 2036.

Critics of Putin often face repression and grim consequences. Among the most common is the targeting of critics both at home and abroad with disinformation campaigns and narratives intended to discredit them.

Latvian journalist Aivis Kalnins contacted Riga’s Radisson Hotel about the alleged incident with Panarin. The hotel officially replied to Kalnins that they had no record of any such incident occurring on Dec. 11, 2011. In fact, Kalnins himself faced a swarm of Kremlin trolls and bots after reporting this fact.

Panarin’s former teammate, Mikhail Anisin, who was with him that night, told a Latvian sports media outlet that while his political views differ from Panarin’s, he rejected the allegations made by Nazarov, saying that it’s “definitely not what happened.”

Why would Putin feel threatened by the criticism of an NHL hockey player? For Putin, Russian and Soviet success in war, space, and sporting are core elements of the domestic propaganda narratives that are used to distract Russian attention away from his government’s rampant corruption, lack of democracy, and low standard of living. As such, Putin is extremely sensitive to criticism by high profile stars, like Panarin, who Russians would consider to be a national sporting hero.

Over the past year, Putin’s popularity has been falling while his repression against critics and the opposition has been escalating. Crackdowns on protestors who have called for the release of Navalny, who was poisoned by Russian FSB agents in August and arrested on Jan. 17 in Moscow, have been violent. In January, Panarin broke with most other Russian NHL stars when he boldly posted a photo of Navalny and his family on his Instagram account after the arrest with the hashtag, #freenavaly.

This is not the first time Panarin has criticized the Putin regime. In 2019, he told a Russian interviewer that “Putin’s time is up, he can no longer distinguish between right and wrong; I don’t like the lawlessness.” He lamented that because of Putin, “all the major brains have already left (Russia).”

In view of how Putin has silenced other high profile political critics, Panarin’s recent decision to take some time to collect himself and consider the potential cost to him and his family is wise.

In 2006, journalist Anna Politkovskaya, who exposed Putin’s crimes during his Chechnyan war, was gunned down in the elevator of her apartment block. That same year, Alexander Litvinenko, an FSB whistle-blower, was poisoned with a highly radioactive government controlled substance, Polonium-210. In February 2015, Russian pro-democracy opposition leader Boris Nemtsov was gunned down steps from the Kremlin, while his protégé and close friend, Vladimir Kara-Murza, was poisoned by FSB agents just a few months later, and then again in 2017. In 2019, two Russian GRU agents killed a British woman after they tried to kill another whistle-blower, Sergei Skripal in Salisbury, England, with a banned Russia military-grade chemical agent called Novichok, the same poison that was used to poison Alexey Navalny.

While the allegations against Panarin should be taken seriously, their political context and the absence of credible facts to support his former coach’s claims, indicate that this is most likely an effort to silence Panarin’s criticism of Putin.

Panarin’s teammates, The New York Rangers and the NHL should be applauded for being alert to the Kremlin’s tactics. Putin’s political intimidation campaigns are intended to terrify and psychologically traumatize their targets into silence. Recognizing them as such helps other victims of Russian government intimidation and political activists build critically important resilience against them.

While it may be unique for the Kremlin to target a well-known NHL superstar, the tactic itself is not, and should serve as a wake-up call to the threat of Russia’s political intimidation in North America.