This was always the correct decision, even if the government tried to ignore reality. 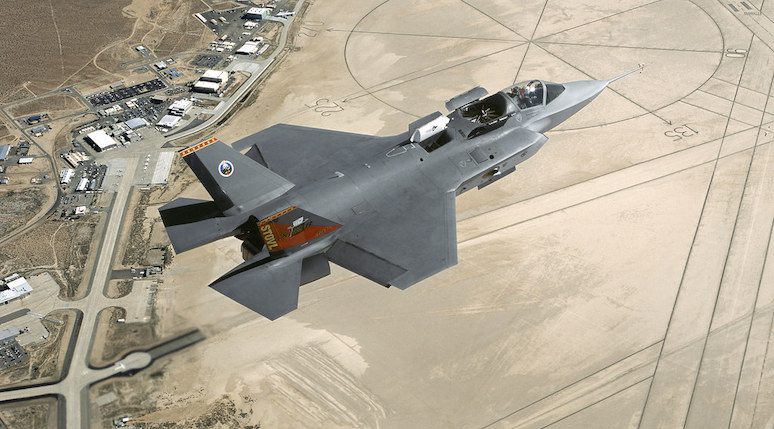 Defence procurement in Canada has long been marked by failures and poor outcomes. Where the CF-18 fighter jet replacement plan is unique is that no program has been the subject of so much political interference. After 2010, at nearly every step of the way, governments made decisions based more on political perception than fundamental realities, leading to a lamentable series of events that finally concluded with Monday’s announced selection of the F-35.

Between 2007 and 2010, the Canadian government’s preliminary analysis found that the F-35 was the most suitable for Canada’s military requirements at the lowest lifecycle cost. It was also the best option economically, in part because Canadian companies were producing components and providing service for nearly all F-35s built worldwide. Due to Canada’s participation in the Joint Strike Fighter program, all of these these factors were largely fixed and unlikely to change. Based on this analysis, the government pursued a sole-source acquisition to avoid the significant cost of a competition.

While this decision set up nearly a decade of strife, those fundamental realities have not changed over the past dozen years. If anything, the intervening time has only shored up the original analysis made by the bureaucracy, as evidenced by the fact that in the past four years, four countries (Poland, Finland, Switzerland and Germany) launched and completed competitions that selected the F-35. In Canada, even the competition that ultimately selected the F-35 had requirements that looked remarkably similar to 2010 — the changes made were largely to enable less capable aircraft the opportunity to compete against the F-35.

In short, the answer has not changed — rather, Canadian politics had to adapt to it. As is well documented, the 2010 decision quickly became politically untenable.

Critical reports by the Parliamentary Budget Officer and the Office of the Auditor General led the Harper government to scrap the purchase over concerns over cost. However, over time the original Department of National Defence estimates have proven more accurate.

The government then conducted an independent review by the National Fighter Procurement Secretariat, which returned with the same answer, leading the Conservatives to decide to acquire the F-35s a second time in 2014. That decision was postponed, as the government prepared for the upcoming election, after details were leaked in the United States.

While the F-35 was raised as an issue in the 2011 federal election, this paled in comparison to the 2015 campaign announcement by now Prime Minister Justin Trudeau. The Liberals promised that they would not purchase the F-35, instead announcing the intention to select a less costly jet more suited to Canada’s needs through a competition. This was a fiction that would essentially guide the federal government’s next seven years of defence policy. Upon entering office, the Liberals were confronted with the reality that no part of their campaign promises could be achieved. It is illegal in Canada to bar a competitor from a competition, especially one that was likely to win.

Instead of acknowledging that reality, the government created a new fiction — the so-called “capability gap,” which claimed that Canada could not meet its NATO and NORAD defence commitments simultaneously. According to the government, this required the immediate sole-source acquisition of 18 F/A-18E/F Super Hornets. While intended to be an interim buy, it would have likely locked the fighter as the CF-18 replacement in a competition. This would have allowed the Trudeau government to do an end run around a proper competition that likely would have chosen the F-35.

However, the interim buy collapsed a year later — partly due to a trade dispute between Boeing and Bombardier, as well as the exorbitant cost of a the small number of Super Hornets, which was two-thirds of the cost to acquire a full fleet of 65 F-35s. Instead, Canada acquired surplus 40-year-old Hornets from Australia to bolster the Royal Canadian Air Force’s aging CF-18 fleet. Canada is now suffering the very capability gap the Liberal government sought to avoid with the interim purchase, but it has conveniently ignored the fact it can barely meet Canada’s northern defence needs (much less a NATO one), because it does not fit its political needs.

Given the fundamentals outlined above, that the competition selected the F-35 Monday should not have been a surprise. The ministers who announced the decision were at great pains to point out the integrity of the “process” in selecting the F-35. However, that ignores all of the events that led to this point. The government could have made a decision as early as December when the bureaucracy’s analysis was completed, but it chose to delay the announcement for nearly three months. In some ways, the politics surrounding the fighter acquisition changed following Russia’s invasion of Ukraine — it was now politically untenable to not acquire an effective fighter capability, especially in the face of numerous allies making that decision.

While many lessons can be gleaned from this series of events, perhaps the most important is how the deep expertise was ignored for superficial political considerations. It has cost Canada billions of dollars and left our country much weaker as a result.

Richard Shimooka is a Senior Fellow at the Macdonald-Laurier Institute.