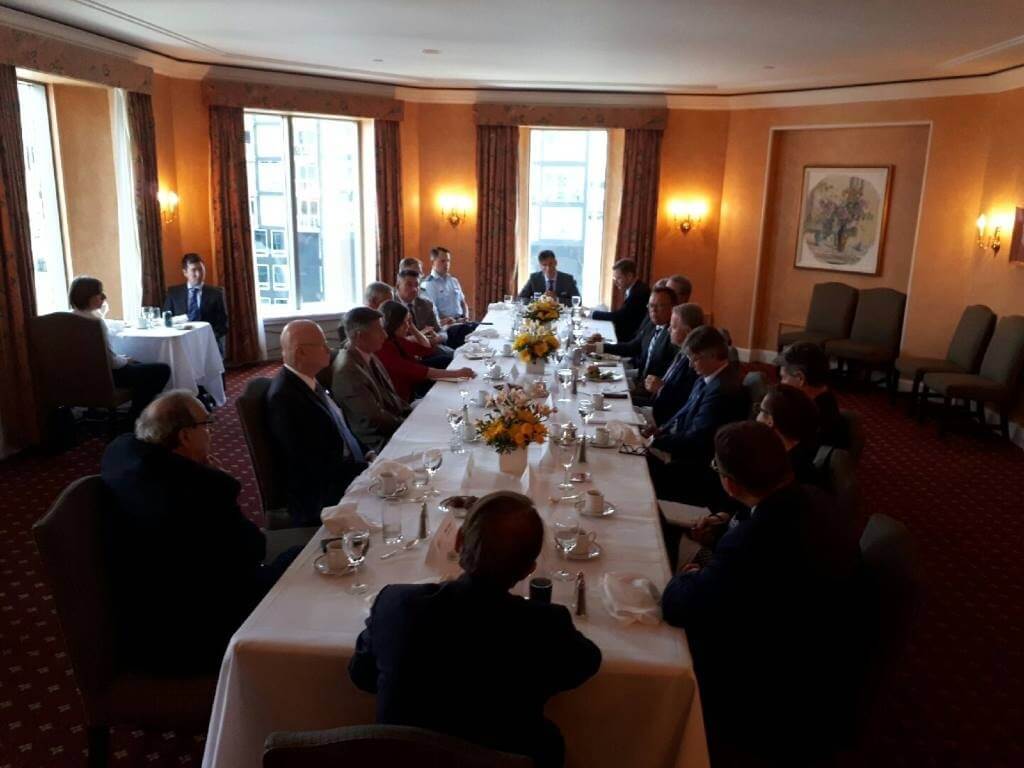 The Macdonald-Laurier Institute held a roundtable discussion featuring Lieutenant-General (Ret’d) Raimonds Graube, Former Chief of Defence of Republic of Latvia from 2010-2017, in Ottawa on June 21, 2017.

Check out the photos from the event and a video interview with Lieutenant-General Graube.

The Macdonald-Laurier Institute’s emerging Centre for Advancing Canada’s Interests Abroad, with the support of the Embassy of Latvia in Canada, hosted the event.

The event brought together thought leaders on defence and security on the event topic: Defending NATO’s New Frontier: Canada, Latvia, and the New Russian Threat.

Canada is leading one of four NATO battlegroups being deployed to the Baltics and Eastern Europe. Other lead nations include Germany, the United Kingdom, and the United States, which are deploying forces to Lithuania, Estonia, and Poland, respectively. By reinforcing its presence along these frontline states, NATO is sending a clear message to an increasingly revanchist Russia – that collective defence, as embodied in NATO’s Article 5, is as indivisible as it is inviolate for Alliance members.

Given Russia’s annexation of Crimea and military adventurism in Ukraine and Syria, the need for NATO to reinforce deterrence along its new frontier with Russia has never been more important. Yet, as Canada deploys troops to Latvia, it is important to understand Canada’s role in this NATO battlegroup deployment, the possible risks associated with this mission, and ultimately the partnership between Canada and Latvia in this new multi-year mission in the Baltics. Of particular concern is the possibility of Russian disinformation targeting Latvia and Canada’s mission there.

(Photos courtesy of the Embassy of Latvia in Canada)

Marcus Kolga discusses Magnitsky Legislation on CBC’s On The Money

Marcus Kolga discusses Magnitsky Legislation on CBC’s On The Money