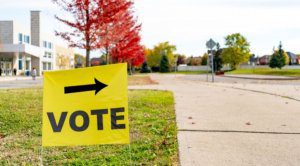 The new Canadian government must act immediately and with resolve to develop a whole-of-society approach to building national resilience against foreign interference and impose consequences on those who seek to undermine and subvert our democracy and society, writes Marcus Kolga in the Toronto Star.

Since the 2016 U.S. presidential elections, Canada’s intelligence community and experts have repeatedly warned about the threat of foreign interference, disinformation, influence operations and cyber attacks targeting Canada’s democracy and society.

Despite those warnings, the Canadian government has failed to produce a coherent set of policies to address the threat, leaving Canadian democracy and society vulnerable.

Initial measures that were taken by the government to defend the 2019 election were largely abandoned after the last vote had been counted. Since then, promises to develop a whole-of-government approach to foreign interference never materialized.

An eleventh hour decision to reform the Critical Election Incident Public Protocol — a panel of senior officials tasked with reviewing threats to the election — was announced three days before the election. Another 2019 election measure, the Declaration on Election Integrity, was reanimated by the government only in mid-August.

Such half-measures demonstrate that the government’s understanding of foreign interference has not evolved since 2016, when foreign interference operations were largely seen as being limited to election periods. Malign foreign actors will exploit any divisive issue at any time to cause widespread chaos, confusion, and polarization.

The threat of foreign interference in this election has already been detected. A Chinese Communist Party-owned media platform, Global Times, published an article last week to discredit Conservative leader Erin O’Toole and his party’s platform. The anonymous article threatened Canadians with a “counterstrike” if they elect a Conservative government. The article is the very definition of foreign interference.

MPs from different parties have also been targeted by Beijing aligned actors in efforts to influence the election outcome in their ridings. One of them is Conservative MP, Kenny Chiu, who introduced a private members bill in June 2021 to create a federal Canadian registry for individuals and organizations that act on behalf of identified, malign foreign regimes.

An anonymous article posted to the Chinese version of WeChat, intentionally distorts the nature of the legislation, and falsely accuses Chiu of seeking to “suppress the Chinese community.” The article has been reposted to other Chinese language media sites in Canada. Such disinformation is intended to influence Chinese speaking voters and could affect the election’s outcome.

Such threats to the integrity of our elections must be considered by the Critical Election Incident Public Protocol and the social media platforms that have signed the Declaration on Election Integrity, yet allow foreign propagandists to amplify disinformation, should be held to account.

However, elections are not the only point through which foreign regimes inject their toxic narratives in efforts to undermine our democracy and society. COVID-19 continues to offer such regimes an opportunity to polarize and inflict real physical damage — in the form of higher infection rates — by creating and amplifying disinformation.

As early as March 2020, the European Union warned that Russia would use the pandemic to advance its interests by intensifying COVID-19’s effects. Later that summer, evidence emerged that Russian state media and its proxies were aggressively promoting wild conspiracy theories, anti-mask and antivaccination narratives and movements. Canada was not immune.

Canadian anti-mask and antivaccination movements have transformed into aggressive anti-government movements during the election. A violent situation in Canada, like the Jan. 6 storming of the U.S. Capitol, may seem remote, but it’s not entirely implausible, as evidenced by protestors who thew rocks at Justin Trudeau as he left a 2021 election rally.

The primary objective of these regimes is to maximize chaos, anger and hate in order to tear apart the fabric that binds our nation together. And their efforts to do so will not end after the votes in Monday’s election are counted. All three major federal parties have recognized the threat. Only the Conservative party has so far offered a substantive strategy, which includes a permanent task force to monitor and defend against foreign interference, and the introduction of a foreign agents registry act.

The threat can no longer be ignored. The new Canadian government must act immediately and with resolve to develop a whole-of-society approach to building national resilience against foreign interference and impose consequences on those who seek to undermine and subvert our democracy and society.

Marcus Kolga is the founder of DisinfoWatch.org and is a senior fellow at the Macdonald-Laurier Institute’s Centre for Advancing Canada’s Interests Abroad.