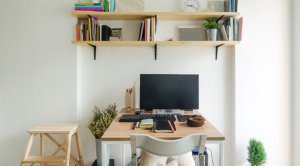 In all, balancing generational needs highlights what a pivotal time this is for organizations crafting human-resources plans for the postpandemic future, writes Linda Nazareth in the Globe and Mail.

Ah, that first job after graduation. You get your offer, hopefully in a fun new city, find a place to live and maybe buy some new grown-up clothes to wear. Then you meet your new co-workers, settle in to learn from them and, if all goes well, end your first week with drinks and conversation with your colleagues at a nearby pub. For many workers, it is the system that gets them used to their company’s culture and readies them for the next job up the ladder – or at least that’s how it was in prepandemic times.

Now, with working from home entrenched in corporate culture, young workers are likely propping up their laptops in their bedrooms, logging in and starting their careers from there. Small wonder, then, that many would like to get back to a physical office – so much so that companies trying to find the best talent might do well to think about keeping some desk space available.

It is all part of the very mixed bag of preferences and choices that companies will have to sort out as the pandemic ends and the much-heralded “hybrid” style of work takes hold. Although companies and workers have had different experiences, for the most part the work-from-home experiment has turned out to be something of a success.

According to a study from Statistics Canada, as of February, 2021, 3.1 million Canadians were working from home and most were finding that they liked it just fine. Of those who were new to teleworking (that is, had not worked from home prepandemic), 90 per cent said they were at least as productive as before, with 32 per cent saying they accomplished more each hour from home than at the office. Judging by the spate of announcements from companies such as Spotify and Twitter that are extending virtual work indefinitely, organizations generally agree that all is good.

There are, however, generational differences in attitudes when it comes to working from home. For an older millennial who is 10 or 15 years into their career, with kids and a house an hour away from the office, losing the commute may be a huge relief, and companies that offer them that arrangement are in hot demand. The same goes perhaps for the boomer who is approaching retirement and wants to do their work without having to deal with office politics. Younger workers, though, are more likely to want mentoring and the chance to hang out with their peers, so jobs that do not offer that option may seem less attractive.

A study released by Microsoft in March bears out the idea that working from home is more difficult for Generation Z (those born since 1997) than for other generations. After surveying 31,000 workers, the company found that although Gen Z workers were slightly more likely to apply for a job with some remote options, rather than one that was completely office-based, as a group they had many misgivings about working from home. Many were more stressed than older peers and said they felt isolated working alone. They often lacked the space or money to create good workspaces for remote work. As a group, they had difficulty feeling engaged or excited about work and found it difficult to get in a word during meetings or bring new ideas to the table.

That younger workers feel more burnt out and disengaged about work than their older colleagues does not bode well for the work force postpandemic. At the very least, it suggests companies need to be pro-active in putting in place policies that allow workers to network continually, even if virtually, and meet in person from time to time. Organizations that cannot figure out how to engage workers risk having a pool of young employees whose productivity is subpar and who perhaps will carry negative attitudes with them as they advance.

The other possibility, of course, is that unhappy and isolated young workers will leave companies that do not offer that in-person interaction. It is an issue in many countries, with Britain’s Chancellor of the Exchequer recently warning companies there that young people will “vote with their feet” and quit those organizations that do not offer them the chance to work alongside more experienced colleagues.

And it’s an issue that will become increasingly important as the economy heats up after the pandemic. Keep in mind, too, that Gen Z is a relatively small cohort (there were 2.5 million Canadians aged 20 to 25 in 2020, compared with 2.7 million aged 30 to 34), which will also make it difficult to attract those most in demand.

In all, balancing generational needs highlights what a pivotal time this is for organizations crafting human-resources plans for the postpandemic future. The pandemic has demonstrated that work can get done in many ways, but it would clearly be foolhardy to think that arrangements cobbled together during a time of crisis can continue without adjustments forever.

It may indeed be a future that is much more difficult to manage, since “hybrid” may mean something different to every worker and may need to change over time. The temptation, of course, will be to pick a one-size-fits-all policy, whether that means heading back to the office, staying virtual or a fixed-ratio version of hybrid work for everyone. Although companies that go this route may find things easier in the short run, in the long run they may find it much more difficult to attract and keep the workers they need.