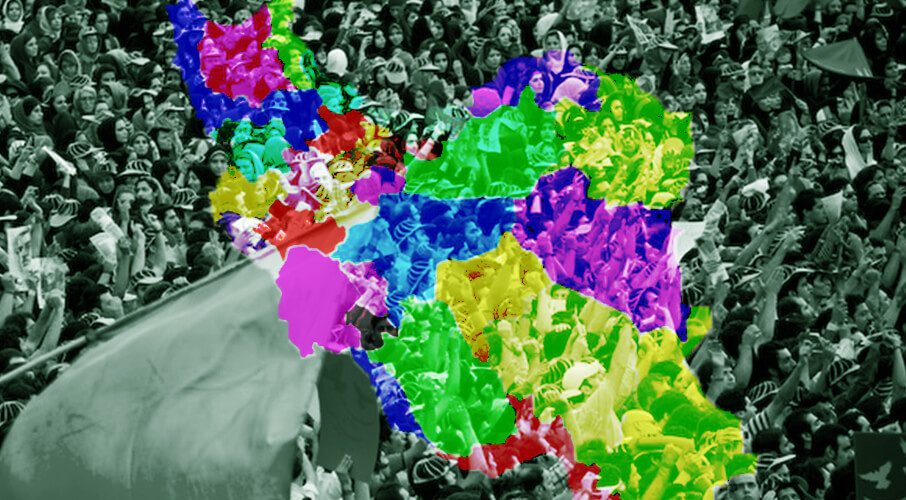 The only way for the free world to secure the region’s peace and stability is to help Iranians to secure their liberty, writes Mariam Memarsadeghi in the Hill.

Like other totalitarian regimes, the Islamist theocracy ruling Iran pays lip service to democracy with elections and other trappings of popular sovereignty, but only for the veneer of legitimacy. Iran’s Supreme Leader, Ayatollah Ali Khamenei, rules absolutely. Potemkin elections — such as the presidential election coming up in June — serve to distract from a repressive state that with each passing year is more resented but also more intent to kill to survive, both inside Iran and throughout the region.

Though Iranians today can access the outside world through social media, they are no less brutalized. During the past few years especially, those agitating for freedom have been targeted for killing, on the streets and in the dungeons. In fact, the November 2019 protests resulted in the biggest show of state violence against peaceful protesters since the 1979 revolution.

Under the regime, the nation has suffered not only the effects of repression and injustice, gender apartheid and other systemic inequalities, but also the fundamental policies that destroy human livelihood: a backward education system, ineptitude, corruption, poverty and its ensuing social malaise, environmental devastation, brain drain, and an imperial ideology of hate that spreads terror and misfortune throughout the Middle East and beyond.

Iran today is a wasteland that, prior to the 1979 revolution, led the region and dwarfed the economies of Turkey and South Korea. Such a gruesome fall needs camouflage and subterfuge for those responsible to remain in power. For this, elections are a necessity. They immunize the world’s chief state sponsor of terror from scrutiny and are promoted by Khamenei and his chief propagandist, Foreign Minister Javad Zarif, as a show of popular will and support for the system from the masses.

But the Iranian people well know that their Supreme Leader is not elected, that he has held absolute power for three decades, and that the presidency is one tool at his disposal to maintain totalitarian control. The myth of electoral competition and political dynamism is maintained even though all but the strictest adherents to the theocracy are denied the right to run; media are strictly controlled even for those permitted to campaign; there is no independent body overseeing elections and ballot counting; international observers are prohibited; and people are intimidated into voting. Once “elected,” the president and members of the legislature have no real power or independence and remain subservient to Khamenei.

While the undemocratic nature of Iran’s elections is broadly known, regime propaganda and disinformation have worked to present the electoral scam to a beleaguered population as a real rivalry between one boogeyman (“reformist”) and a worse boogeyman (“hardliner”), instilling fear that as bad as things are, they easily can get worse. With this false choice, the regime lulls people away from the warning of principled dissidents who have tried to sway people from giving their inadvertent but unmistakable stamp of approval — via inked fingers — on the totality of the repressive system.

Real election and public opinion data are out of reach in Iran, but even in 2009, when large numbers of Iranians were mobilized to vote — and then protest the stealing of their vote in the Green Movement — a portion of society had boycotted the election. Their unwillingness to participate was an outgrowth of the reformist years of former President Mohammad Khatami, who promised but did not deliver expanded civil and political liberties and government-led reforms. Those who had believed in the promise of slow change no longer would participate in sham elections and joined the hard opposition who, since the inception of the Islamic Republic, had always refused to vote.

These refuseniks have been a largely silent segment of the population until recently. As the regime prepares to bring people out to vote this summer, it needs popular validation more than ever. An economy battered by sanctions, mismanagement and corruption has combined with brutal crackdowns on protesters to make the ruling cabal more detested than ever. This time, a mass boycott of the election is a real possibility.

When former President Trump began his “maximum pressure campaign” on the regime, Washington think tank “experts” and university scholars were among those who argued that sanctions and other pressures from the U.S. would drive people to rally around the regime flag. Many Iranian activists were outspoken in favor of pressure on the regime; they had been opposed to the Obama administration’s 2015 nuclear deal and injections of capital to the regime. The Trump years proved the Iran experts wrong: Maximum pressure resulted in widespread protests, strikes and other acts of civil disobedience against the regime.

As importantly, sanctions brought a fundamental shift in discourse and demographic composition of regime opposition. Iranians have shown in protest slogans, social media discourse and open letters a wholesale rejection of the regime. The mostazafin, or “downtrodden,” in whose name the 1979 revolution was waged, poured into the streets in more than 200 Iranian cities. Their slogans spoke to their misery, aimed unmistakably at overthrow.

As protests became ubiquitous, so did labor strikes and individual acts of defiance against the state. Fourteen civic leaders wrote an open letter demanding Khamenei’s resignation and a transition to democracy. Their courageous act heralded more acts of dissent. When 1,500 protesters were shot to death, family members refused to be silent. Loved ones of those killed, as well as those who continue to be tortured in dungeons, are a thorn in the regime’s side, taking great risk to urge President Biden not to lift sanctions. They are the undeniable rebuttal to the regime’s foreign-based apologists who seek to normalize a grotesque tyranny.

Most recently, Iranians from throughout the country have launched a simple but powerful campaign: “No to the Islamic Republic!” They are supported by more than 1,400 leaders in the diaspora spanning politics, the arts, sports and academia. The effort is intentionally plain, a complete and unequivocal rejection of the regime. It has unified disparate parts of the opposition and, because of its relatively low-risk approach, holds potential to galvanize all manner of Iranians into a broad, inclusive movement for democracy.

All this comes as the Biden administration has taken steps to show that the U.S. is willing to appease and accommodate Khamenei’s regime if Iran complies on the nuclear issue alone. But if the 2009 Green Movement provides any lesson, the U.S. stands to lose much if it turns its back on a people determined to be free. The only way for the free world to secure the region’s peace and stability is to help Iranians to secure their liberty.

Mariam Memarsadeghi is a senior fellow with the Macdonald-Laurier Institute and a leading proponent for a democratic Iran.

Five Recommendations for Canada’s New Ambassador to Israel: Becca Wertman for Inside Policy

Five Recommendations for Canada’s New Ambassador to Israel: Becca Wertman for Inside Policy