What the NHL shows us about the labour market: Linda Nazareth in The Globe 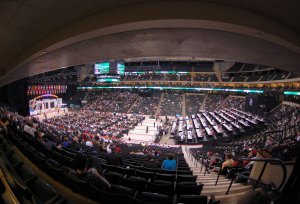 Just as millennials have changed the game of hockey, they are also changing the game in the larger work force, writes Linda Nazareth.

Can we look to the National Hockey League to tell us anything about what is happening in the larger labour market? Millennial hockey players are making their mark on the NHL and increasingly they are defining the work force and work-force practices as well. Perhaps hockey can be a leading indicator of what we can expect more broadly.

As is well known, the peak years for births in Canada happened from about the end of the 1940s through to the mid-1960s. Following this baby boom, there were years in which births fell sharply. According to Statistics Canada, during the years of the baby boom births averaged 412,000 a year. By the early 1970s, births fell to fewer than 350,000 a year and stayed below 400,000 annually for nearly two decades. Smaller families, women waiting until later to have children and a relatively small-sized population of would-be parents contributed to the low numbers.

As baby boomers started to have their own children, births rose again and the so-called “millennial generation” was born. Statistics Canada pegs their birth years as between 1982 and 2001, meaning that the oldest are now turning 36 and the youngest 17. The peak birth years of this boomlet actually happened just before and after 1990, meaning that there is a swath of the population aged in their late 20s.

Although NHL players are a work force that is now almost entirely comprised of millennials, as a league, owners have also clearly taken advantage of the large pool of younger millennials to continuously hire younger players. According to Wave Intel, the number of players older than 35 has fallen by 50 per cent over the past decade, from 72 in 2008 to 36 now, while the 30-to-35 group has also declined. The growth has been in the number of players 24 to 29 – which as well as being considered the peak years for NHL players are also the ages that correspond to the peak in millennial birth years.

To be sure, there are economic reasons that have caused younger players to be hired. Younger players are frankly cheaper than older ones, and given the “cap restrictions” (upper limit on wage bills for teams), that is in itself appealing. Younger millennial players also bring things to the party that older ones do not. Brought up on a training system that was unheard of for older athletes, they have had more ice time, more off-ice training and more specialized coaching in everything from nutrition to sports psychology. These younger players have arguably raised the bar and sped up the game.

Just as millennials have changed the game of hockey, they are also changing the game in the larger work force, albeit more slowly. Although millennials are now the largest generation in the Canadian work force, they are not the only generation in it, and they tend to report to Gen Xers and boomers. As well, the first wave of millennials hit the worst of the recession when they entered the work force, dulling their potential influence. Now, the wave of millennials in their 20s is working at a time when baby-boomer retirements are happening in droves (the youngest boomers are now in their mid-50s) and the unemployment rate is at its lowest level in decades. Unlike the earlier wave of millennials that were not able to make much of an impact on work-force values, this group is in a better place to do so.

Although millennials are now the largest generation in the Canadian work force, they are not the only generation in it, and they tend to report to Gen Xers and boomers.

With athletes, it is easy to pick a metric such as speed or ice time and evaluate how things have changed because of millennials; for non-athletes it is somewhat harder. However, to listen to reports from employers in industries that need talent, millennials are starting to impose their values.

Not that those values are that different from what everyone else wants anyway: According to a study by PricewaterhouseCoopers of their own work force, the same percentage of millennials and non-millennials want flexibility to shift their work hours to accommodate work-life balance, and the ability to work from wherever they want using technology. With the assist of those favourable demographics, though, that millennial wish list is starting to be met as employers scramble to get the best workers. Keep in mind too, that unlike hockey players, workers’ influence tends to grow once they are out of their 20s and into their management years. That means the full influence of millennials on the work force is still ahead.

As for the NHL, the trend to an ever-younger work force may have to turn around. After peaking at more than 400,000 a year in the early 1990s, Canadian births fell to about 327,000 by 2000. All things being equal, that means that the pool of potential players has been shrinking for years. Of course, there will always be 18-year-olds who want to play hockey professionally. However, in the future the NHL will be choosing from a smaller pool of them. That means that the chances of finding stars will, all things being equal, decline.

Still, whatever the prospects within the NHL, the prospects in the work force outside of it seem to be improving, both in terms of getting a job and in crafting a workplace with updated values.

Linda Nazareth is the principal of Relentless Economics and senior fellow for economics and population change at the Macdonald-Laurier Institute.