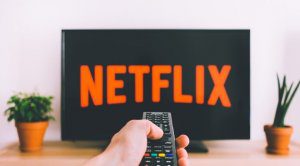 The legislation ends 25 years of CRTC net neutrality and signals the end of an era of unprecedented prosperity for the Canadian film and television industry, writes Peter Menzies in Troy Media.

A federal government that only a few years ago spoke brightly about innovation and embracing the 21st century has sadly lost its way.

That was made apparent this week when – smuggled in on U.S. election day when it would get the least attention possible – Heritage Minister Steven Guilbeault unveiled legislation giving the Canadian Radio-television and Telecommunications Commission (CRTC) sweeping new powers.

Those powers would crush consumer freedom, tax and regulate content on the internet, and ultimately stifle investment, while increasing the cost of Netflix and other subscriptions.

In a nutshell, the legislation ends 25 years of CRTC net neutrality and signals the end of an era of unprecedented prosperity for the Canadian film and television industry.

In granting the increasingly ponderous CRTC authority over Netflix, etc., the legislation has launched a period of hearings, appeals, reviews, litigation and uncertainty that could consume most of the next decade.

Combining that with the enormous chore of redefining official Canadian content will launch a period of such uncertainty that the investment – much of it foreign – that has fuelled 80 per cent growth in Canadian film and television production over the past 10 years will likely be scared away.

As if this isn’t bad enough, this destructive mission appears to be the extent of the government’s response to its review of broadcasting and telecommunications legislation. It will preoccupy the CRTC’s attention and resources for years at a time when the nation’s distressed economy has never depended more heavily on universally accessible, affordable internet and mobile communications.

The legislation against the “Web Giants,” as the government likes to call them, was pitched as an effort to level the playing field for broadcasters, who must contribute as much as 30 per cent of their revenues to Canadian content creation production funds (two-thirds English, one-third French).

Guilbeault’s team appeared oblivious to the fact that unregulated, unprotected companies like Netflix, while not required to do so, have already been investing at that level for years.

Still to come is Guilbeault’s promised fight to force Facebook to pay newspapers for social media posts by newspapers.

The papers have enlisted the support of several of their reporters, commentators and Canada’s largest private-sector trade union, UNIFOR, to argue that social media companies poach and unfairly profit from their content. They want Canada to create a code of conduct similar to one promised in Australia that would force Facebook to pay newspapers each time one of their stories or columns is posted and shared.

Facebook maintains that the government and the newspaper industry have a very poor grasp of the internet and user-generated content business models. It says its provision of a free delivery platform for the news industry has a market value of hundreds of millions of dollars and, to boot, news represents a very small percentage of the content posted.

In Australia, Facebook has said that if legislation goes forward it will simply refuse to carry news content from that country’s publishers.

While Ottawa fiddles, a new policy paper outlines how the nation’s communications networks are under more pressure than ever due to the COVID-19 pandemic, and are in desperate need of expanded capacity and availability. Millions of us already work from home and the pandemic’s second wave is only going to add to that number.

This means the federal government must move quickly on issues a lot less sexy but a lot more vital to the nation than telling Netflix what you want to watch and getting in the middle of the battle between newspapers and the “Web Giants.”

These include – brace yourself – competitor access to networks, mobile virtual network operators (cheap cellphones) and regulatory efficiency. All of these have the potential to bring down the cost and improve the quality of internet and cellular service.

Finance Minister Chrystia Freeland last month acknowledged that the time will come when the country can no longer keep borrowing hundreds of billions of dollars to sustain businesses and jobs in an economy that has shrunk by five per cent.

Similarly, Bank of Canada governor Tiff Macklem recently warned that many of the nation’s 700,000 lost jobs may never come back.

“We’re going to get through this, but it’s going to be a long slog,” he said.

It sure is. And that means it’s time Guilbeault and others stopped destroying investment by picking fights the country doesn’t need. And it’s time they did the big-kid work needed to ensure Canadians and their industries have the infrastructure to support the resurrection of our economy.

Peter Menzies is a senior fellow at the Macdonald Laurier Institute, past CRTC vice-chair and a former newspaper publisher.