A new law could help Canada fight hostage-taking by other states: Sarah Teich in the Ottawa Citizen 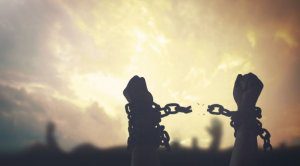 As the case of the two Michaels shows, the federal government has only limited options so far for action – and none is particularly enticing, writes Sarah Teich in the Ottawa Citizen.

With Michael Kovrig and Michael Spavor continuing to languish as hostages of the Chinese Communist Party (CCP), Canada lacks the means to address hostage-taking in a systematic way. To address this gap, the Canadian Coalition Against Terror (C-CAT) and the Macdonald-Laurier Institute (MLI) recently jointly released a paper that proposed new legislation, the “Hostage Accountability Act.”

To understand why this legislation is so necessary, we must first understand what options are presently on the table. The federal government has only limited options for action – and none is particularly enticing.

One option is to release Meng Wanzhou, the subject of lawful extradition proceedings to the United States, in hopes that the CCP will reciprocate with Kovrig and Spavor. However, releasing Meng would constitute a political concession, as well as an inappropriate intrusion into the independence of the judiciary, which would encourage further hostage-taking.

While it is encouraging that Prime Minister Justin Trudeau has not stooped to that, and has continued to take a principled stance, he has remained reticent to act assertively by employing Magnitsky sanctions to target hostage-takers. That is likely because such targeted sanctions are not specifically designed for this purpose; Canada’s allies such as the United States and United Kingdon have been similarly reluctant to apply these sanctions.

Other than that, the government has tried, with mixed success, to convince our international partners to pressure China. Yet with the hostage crisis now well into its third year, the haphazard approach has failed to yield dividends. Similarly, Canada lacks a systematic way to support the families of the captives.

Clearly, there is a legal gap.

The legislation proposed by C-CAT and MLI would specifically combat and deter hostage-taking and hostage diplomacy by foreign states and terrorist groups, drastically changing how our federal government manages situations like Kovrig and Spavor’s kidnappings, in three major ways.

First, rather than relying on broad sanctions measures which may seem to some like a poor fit for the circumstances, the legislation would create a dedicated sanctions mechanism to use against foreign states and nationals that engage in or are complicit in the hostage-taking of Canadians.

If the legislation had been in place back in 2018, this would have given the government both the power and the clear direction to immediately deploy targeted sanctions against those deemed responsible for Kovrig and Spavor’s hostage-taking. There would be no ambiguity, no uncertainty about the appropriate response, and no excuse for a do-nothing approach.

If introduced, this legislation would also ensure that victims’ families receive consistent and reliable support from the federal government. This would impose various obligations on the government of Canada: to communicate with the families, to direct them to appropriate resources and support including mental health support, and to assist them in acquiring relevant information. A Toronto Star investigation from 2016 exposed the inconsistent and inadequate nature of the government’s communications with the families of hostages. Not much has changed in this regard.

And lastly, the legislation would enable and encourage increased cooperation with foreign nationals and peer countries to combat hostage-taking. Canada has lacked a dedicated mechanism to facilitated multilateral cooperation on hostage-taking, which is one reason why Kovrig and Spavor have yet to return home; China has yet to pay much of a cost for its actions. This part of the act would address that gap, making it so that Canada could work with our allies to collectively respond to hostage-takers, thereby increasing the potency of the overall pushback.

Giving the government more tools makes ransoming, hostage exchanges and other forms of capitulation less viable. While ransoming to terrorist organizations is already illegal under the Criminal Code, and while the UN Hostages Convention and other instruments make clear the international consensus against providing concessions to hostage-takers, this empowering legislation would provide a response framework which effectively takes such kow-towing off the table.

Such legislation would embolden policymakers to take a stronger stance in defence of Canadian citizens held hostage abroad. Moreover, the presence of such legislation could discourage hostage-taking in the first place. It would send a warning to would-be hostage-takers that their strategy will not work and will result in meaningful consequences.

As hostage-taking continues, the safety of Canadians all over the world is at stake. This is a phenomenon that goes beyond Kovrig and Spavor, and beyond China. Canadians are routinely seized as hostages by terrorist groups and by authoritarian regimes including Turkey, China, Russia and Iran. It is time for Canada to introduce effective and specific legislation to combat hostage-taking, and send a clear signal that hostage-taking is unacceptable and its eradication is a Canadian priority.

Sarah Teich is an international human rights lawyer, a senior fellow at the Macdonald-Laurier Institute, and a legal adviser to the Canadian Coalition Against Terror.