We need to up our COVID game: Jack Mintz in the Financial Post 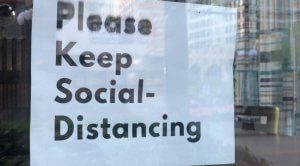 We’ve done mediocre at best. And if vaccines and testing remain slow, our economy will suffer further, writes Jack Mintz in the Financial Post. Below is an excerpt from the article, which can be read in full here.

It is a year now since we learned that COVID was taking root, with 294 deaths in China and 14,000 infections worldwide. When it comes to health performance and our recession, how well is Canada doing? Let’s look at some cold, hard statistics.

In terms of economic growth, Canada is subpar. The IMF estimates our economic growth was -5.5 per cent last year, compared with -4.9 per cent for all advanced countries. (Last Friday’s Statistics Canada report pegs GDP growth at a slightly better -5.1 per cent). The United States, our natural comparison country, is at -3.4 per cent. A commodity-based economy might be expected to have a deeper recession than the typical advanced country. But Australia is in many ways similar to us, and its decline was only -2.9 per cent.

Public sector deficits are another important economic indicator. They cushion losses in the short run but lead to economic strains in later years. Excluding government employee pension plan deficits, the IMF estimates that our federal, provincial and local government deficits in 2020 will have been 20 per cent of GDP, higher than in any other advanced country. For all advanced countries, the average deficit is estimated at 13.3 per cent. Australia is at just 11.4 per cent.

Such large deficits result in sharp rises in public debt that later push up our bond interest rates and credit spreads. Canada’s all-government gross debt has jumped by a third from 2019 to 2020 to 116 per cent of GDP, which brings us close to the advanced-country average of 123 per cent. The U.S. is at 129 per cent — even before the new stimulus package now being debated. As for Australia, its public debt is at just 64 per cent of GDP. Because of our prudent fiscal policies from the mid-1990s on, our public debt exposure is still a little better than the average, but we have clearly lost a good deal of our fiscal firepower.

How Bad Is The Fake News About COVID-19? The LeDrew Three Minute Interview with Marcus Kolga

What if COVID doesn’t end? Philip Cross in the Financial Post

What if COVID doesn’t end? Philip Cross in the Financial Post