False Premise – Federal Regulation of Drug Prices as a Step to National Pharmacare: Rawson and Adams in the National Newswatch

in A Mandate for Recovery, Columns, Domestic Policy Program, Health, In the Media, Latest News
Reading Time: 4 mins read
A A 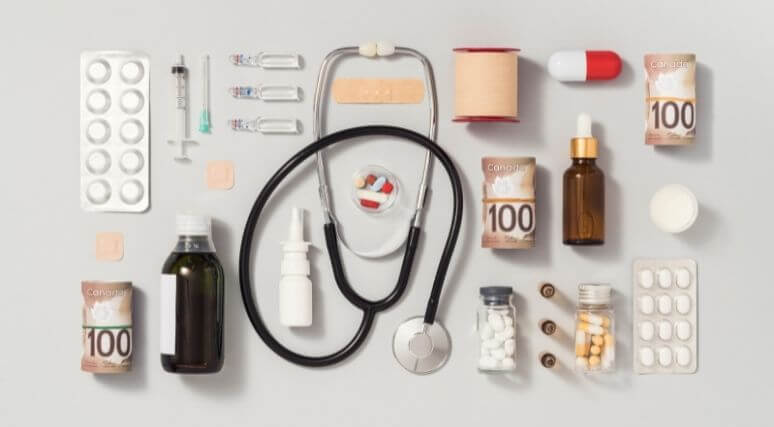 Advocates for national pharmacare who insist on control of drug prices, not by negotiation but by federal regulation, may have built hopes on the false premise of an unlawful strategy not available to Ottawa, write Nigel Rawson and John Adams in the National Newswatch.

In his National Newswatch commentary, Dr. Raza, another Canadian academic from that bastion of red socialism, argues for a national pharmacare program to be made affordable by drastically reducing drug prices by federal regulation.

He uses data from an Angus Reid survey conducted with four academics from the Universities of British Columbia and Toronto and Carleton University who are proponents of both a single-payer government health system and national pharmacare. The survey was based on Canadian households – not individuals. That is a crucial flaw.The survey shows that low-income and visible minority households have the most trouble paying for their prescriptions. However, the results do not include the number of individuals in each household nor the annual number of prescriptions by household size, which are vital for analysis. Visible minority households are often multi-generational families with lower incomes and it would be important to know whether they are the key group that needs assistance.

Respondents were also asked whether they supported “the concept of having pharmacare in Canada providing universal access to prescription drugs” without further description of what such a program might look like. The devil can be in the details. Consequently, as previous polls have reported, the vast majority of the respondents moderately or strongly supported some type of pharmacare.

In addition, survey respondents were asked whether they supported the Advisory Council on the Implementation of National Pharmacare’s recommendation (as the survey sponsors do) that universal, public drug coverage begin immediately covering 100 to 200 medications that Canadians most commonly need and phase in other necessary medications later. Sixty percent supported that, compared with 22 per cent who preferred covering all necessary medications at once even if it meant the program took longer to implement.

Since a national pharmacare program has been estimated to cost $40-50 billion, the program could only be funded by an increase in taxes. Respondents were asked whether they supported a wealth tax on incomes over $250,000, increasing the corporate tax rate, or a one percent increase in the middle-class tax bracket. The results are unsurprising: the percentage of respondents supporting these options were 82 percent, 76 percent and 47 percent, respectively. In other words, according to this survey, Canadians want to have their cake and eat it too.

Noticeably absent from the survey was any mention of how to get drugs whose cost is beyond the ability of even the wealthiest Canadians to pay as individuals to patients who need them.

Dr. Raza’s answer to high-cost drugs is to use the power of government to regulate drastic price reductions. However, case studies have shown that prices for new medicines could be reduced by an unsustainable 68 to 84 percent, and research from universities in Canada, United Kingdom and United States has demonstrated that pharmaceutical companies delay launching new products in small markets, like Canada’s, where regulated prices are low relative to per capita income.

The regulations proposed by the current federal government have already led to manufacturers moving Canada further down their list of countries where they intend to launch new drugs and, in some cases, off the list. This is another kind of undesirable wait list in Canadian health care. The new rules will also lead to companies decreasing their investment in research and production domestically.

The emphasis on affordability to the detriment of accessibility is unwarranted. Drugs and vaccines deliver real value by helping Canadians maintain and improve their health and quality of life and extending their lives. Sales of new patented drugs at manufacturers’ list prices (not the lower rebated prices actually paid by insurers) constituted just 6.5 percent of the $265.5 billion of national health spending in Canada in 2019, whereas 80 percent went on hospitals, health professionals and administration. Commentary or government action based on list prices before discounts is ill-informed.

Does the federal government even have the constitutional authority to implement general price controls on drugs? Would that be an invasion of provincial responsibilities, not over health services but over trade and commerce? Three recent court decisions negatively affect the new federal regulations and prompt these fundamental questions.

Canadians need a federal government that encourages a thriving biopharmaceutical industry to perform research, development, commercialization and manufacturing in this country. COVID-19 has plainly demonstrated this fact. Where was your vaccine made? In a country where government and industry collaborated in development – or in Canada?

A national pharmacare program covering only a small number of medicines with a vague promise to phase in other medications over an unspecified number of years is a false promise of hope. If national pharmacare relies on regulating severely reduced drug prices to make the program affordable, the program will provide limited or no access to ground-breaking medicines in development.

Advocates for national pharmacare who insist on control of drug prices, not by negotiation but by federal regulation, may have built hopes on the false premise of an unlawful strategy not available to Ottawa.

Nigel Rawson is an independent researcher and an affiliate scholar with the Canadian Health Policy Institute. John Adams is cofounder and CEO of Canadian PKU and Allied Disorders Inc. and volunteer board chair of Best Medicines Coalition.

A Mandate for Recovery: Policy Briefs from MLI Experts