Why we must not appease Putin’s approach to Ukraine: Chris Alexander in the Toronto Sun 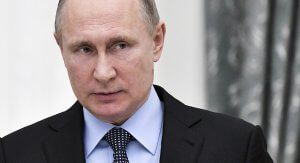 If we find new excuses to appease Putin’s violence, then Russian jackboots, armour and corruption will make Ukraine a new playground for con-men and authoritarian proxies, writes Chris Alexander in the Toronto Sun.

Europe today sits on the precipice of war. Seventy-seven years after VE Day in 1945, a European dictator is threatening to plunge the continent back into high-intensity, inter-state conflict.

Why? It starts with something Putin told us in a long essay back in July. Put simply, he doesn’t think Ukraine should exist.

He trotted out the same arguments used by Lenin, Stalin, Mussolini and Hitler in the 1920s and 1930s to justify invading dozens of European states.

Now a 21 st century dictator who refuses to accept the dissolution of the Soviet Union is setting out to occupy a neighbouring country of 44 million.

Though the last generation of Europeans have been largely unmarred by warfare, Vladimir Putin quite literally wants to resurrect that nightmare if the world doesn’t acquiesce to his authoritarian designs.

Such ugly ambition is true to form for Russia’s renegade president. His career leading up to this moment is instructive.

As a mid-ranking KGB officer in Dresden when the Berlin wall fell, he was burning papers as East Germany disappeared. Returning home, he moonlighted as a taxi driver before landing a job at city hall.

As a specialist in subversion, Putin’s natural affinity was with the flourishing local mafia. A notoriously corrupt Kremlin administrator brought him to Moscow.

His presidential campaign was built on the back of deadly apartment bombings in Russian cities, blamed at the time on Chechen separatists. Independent investigations have determined the bombings had been organized by his old KGB comrades.

Whistle-blowers were assassinated, including Aleksandr Litvinenko, poisoned with radiation in London in 2006.

Justification in hand, Putin then launched a brutal war in Chechnya. Not one to shy away from attacking his neighbours, he invaded Georgia in 2008.

His brutality went truly global when he served as Bashar Al Assad’s partner and benefactor in genocide in Syria after 2011.

In 2014 he invaded Ukraine’s Crimea and Donbas – where his war continues to this day.

Yes, Putin also has a lock-hold on Russian media and every major economic sector. And yes, he has aggressively pursued his authoritarian designs in many theatres. But his stock in trade is violence. And the main prize has always been Ukraine.

Ukrainian President Viktor Yushchenko was poisoned in 2005 in an attack blamed on Russia. When Yushchenko was replaced in 2010 by the venal Yanukovych, a Kremlin puppet, Putin thought he had Ukraine in the bag.

But Yanukovych threatened to rip up a blueprint for European integration, triggering a popular uprising in Kyiv’s revolt.

The ‘Revolution of Dignity’ proved to be a historic turn for Ukraine – away from two centuries of Russian domination and back towards deeper ties of history with Lithuania, Poland and the Baltic and Black Sea worlds.

Putin’s 2014 invasion was an impetus for long-needed reforms in Ukraine, as well as a reorientation of trade away from under Russian hegemony and towards European partners.

Ever since, Putin has been brooding about Ukraine. His plan for a full-scale invasion, which definitely does not lack for ambition, has been operating on three levels:

By using propaganda and corruption to radicalize Western extremes, Russia seeks to make key parts of the American and British political left and right dysfunctional.

By funding extremist parties and building pipelines that circumvent Ukraine, they deepen Europe’s energy dependence and disarm any move to meaningfully confront Russia.

In other words, he’s using polarization in the US; division in Europe; and repression at home to enable an invasion of Ukraine. NATO’s ambiguity over Georgia and Ukraine since 2008 has made a bad situation infinitely worse.

Economic sanctions alone will not deter a tyrant who puts his own power and avenging the breakup of the Soviet Union ahead of the prosperity of the Russian people.

His battleground is Ukraine. The outcome depends on us.

If we treat Ukrainians as the allies they are — defenders of democratic freedoms deserving of our full military support — then Ukraine can stay on a path towards European integration, a vibrant civic society and the rule of law.

But if we find new excuses to appease Putin’s violence, then Russian jackboots, armour and corruption will make Ukraine a new playground for con-men and authoritarian proxies, whose appetite for treasure would never be satiated, and only emboldened.

Chris Alexander is a former Member of Parliament, Parliamentary Secratery for National Defence, and Minister of Citizenship and Immigration. He is a Distinguished Fellow at the Macdonald-Laurier Institute.