Mr. Morneau’s “gap filling” approach on pharmacare is the right course: Sean Speer for Inside Policy 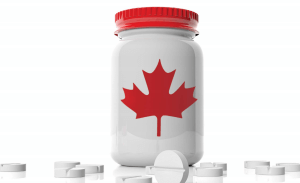 Phamacare reform should be surgical and targeted rather than transformative, writes Sean Speer.

There’s tremendous interest in how Ottawa’s budget commitment to “move forward” on national pharmacare will take shape, especially since Ottawa’s positioning has been difficult to read.

Government members on the Health Committee have enthusiastically endorsed a single-payer public prescription drug plan. Yet Finance Minister Bill Morneau has said that we need a plan “that deals with gaps but doesn’t throw out the system that we currently have.”

Stakeholders, policy observers, and the Canadian public are understandably interested to learn whose vision will ultimately win out in this great pharmacare debate between Mr. Morneau and his parliamentary Caucus mates. We may have to wait for the Liberal Party’s 2019 election platform to fully learn the outcome.

But, in a way, today’s discussion is about determining whose perspective and approach is better for Canada and Canadians.

So what does this mean in substance? Mark me down for Mr. Morneau’s “gap filling” approach. Reform should be surgical and targeted rather than transformative.

As the recent Mowat Centre paper by Erich Harmann, Adrienne Davidson and Koran Alwani shows, the mix of public and private insurance in Canada has evolved since before the onset of Medicare. We now have a system that while imperfect, cannot be merely swept away.

Nearly 70 percent of Canadians receive prescription drug coverage through an employer-sponsored private plan. This includes adults and dependents. And a new poll by Abacus Research finds that three-quarters of people believe that drugs are “affordable” and that the status quo is generally serving them well.

It seems sensible to me therefore that any possible reforms should start with preserving the parts of the system that are working. Mandatory single-payer coverage would sweep them away.

Any possible reforms should start with preserving the parts of the system that are working.

Disrupting health insurance for the nearly 24 million people with private coverage to help a targeted share of the population strikes me as both poor policy and bad politics – especially since the coverage would likely be narrower and less flexible for many.

Now, this doesn’t mean that there isn’t room for reform. There’s evidence that the system is poorly serving some households. There are certainly gaps to be filled.

Out-of-pocket spending is up and is regressive. Those without private or group insurance are three times more likely to say that the medicines they need are unaffordable.

Harmann, Davidson and Alwani’s paper rightly considers the potential for a “gap filling” scenario that would be “specifically designed to address gaps in populations that currently face disproportionate under-coverage or high out-of-pocket expenses.” The Ontario government’s means-tested reforms to OHIP + is a worthwhile example in this regard – though I’d even be in favour of removing the current age restrictions and consolidating other provincial drug plans.

Another option that I’ve written positively about is replacing the current non-taxation of health and dental benefits with a new, more generous refundable version of the Medical Expense Tax Credit. It seems manifestly unfair for those workers with employer-provided insurance to get a $4-billion tax break while those without have to purchase insurance with after-tax dollars.

A reconfigured Medical Expense Tax Credit could be means-tested to provide a sliding scale of public support based on a household’s income. It would level the playing field between insured and non-insured and expand access to federal support for non-insured Canadians in general and those who need help in particular. It may also shift the insurance model over time from employment-based to individual-based.

This latter point is worth emphasizing in light of labour market trends: a federal policy that nudged a shift from private and group insurance that is tied to one’s employer to a more individualized model over time would ensure greater portability in an era of potential “job churn,” as Minister Morneau has described it.

This “tax swap” also has added benefit of making the tax system more progressive. It would therefore be consistent with the Trudeau government’s reforms to federal child benefits and the tax treatment of small businesses.

Reforming federal support for acquiring supplementary insurance would also presumably reduce the number of non-insured households and in turn reduce pressure on provincial and territorial budgets. Think of it as a way for the federal government to help sub-national governments without offending federalism or producing another layer of intergovernmental entanglement.

It’s not to say that it’s the only scenario worth considering. Many others will have other suggestions too. But it’s the type of surgical and targeted reform that, in my view, Ottawa ought to prioritize in the coming months.

Sean Speer is a Munk Senior Fellow at the Macdonald-Laurier Institute. This article is based on his remarks at a Pharmacare panel hosted by the Mowat Centre on September 25, 2018.