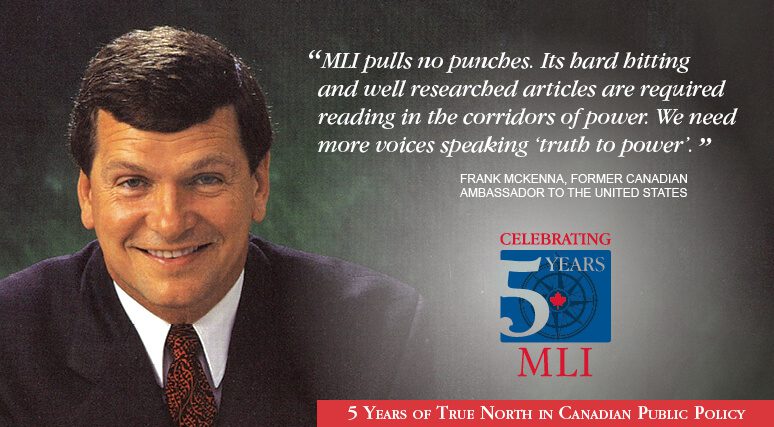 Former New Brunswick premier and Canadian ambassador to the United States Frank McKenna has sent along his best wishes for the Macdonald-Laurier Institute’s Fifth Anniversary.

“MLI pulls no punches”, said McKenna. “Its hard hitting and well researched articles are required reading in the corridors of power. We need more voices speaking ‘truth to power'”.

For a complete review of MLI’s fifth anniversary celebrations, check out our special web page.

Canada needs a discussion on how to combat travel to join extremist causes: Christian Leuprecht in the Globe and Mail

Happiness as public policy? Not as easy as it sounds: Brian Lee Crowley in the Ottawa Citizen

Happiness as public policy? Not as easy as it sounds: Brian Lee Crowley in the Ottawa Citizen