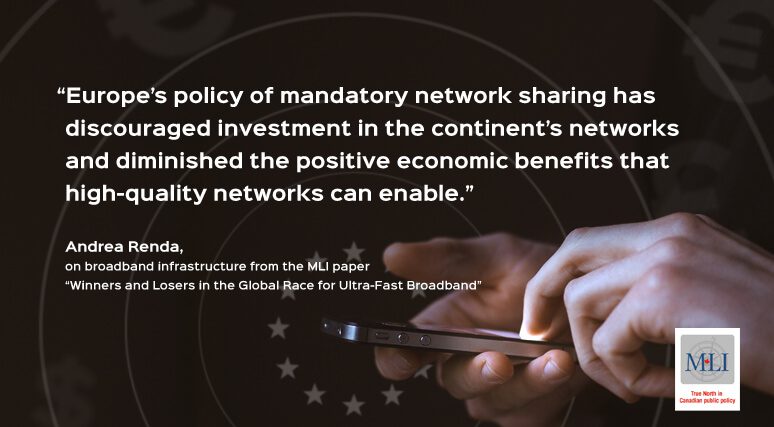 The Macdonald-Laurier Institute has set the tone of the debate about Canada’s innovation agenda with a new paper that examines why Canada would be foolish to follow Europe’s lead in intervening in the broadband infrastructure market.

Winners and Losers in the Race for Ultra-Fast Broadband argues the mismanagement of broadband in Europe – where state-imposed mandates and top-down regulations have contributed to underinvestment and poor network quality – offers a cautionary tale for Canada.

The paper’s author, Andrea Renda, co-authored an op-ed with MLI Munk Senior Fellow in the National Post, while Speer discussed the paper during an interview on CBC’s The Exchange.

The paper also appeared in an article in the Financial Post, Blacklock’s Reporter and on the blog of Mark Goldberg, an influential telcommunications consultant.

MLI also produced a video interview with Speer and an Inside Policy essay authored by Speer and Paul Beaudry.

“The case for health care reform has been building for several years”, Speer tells CTV