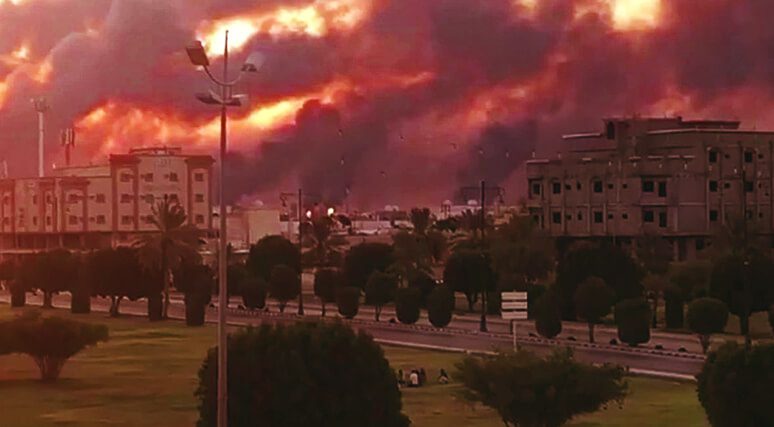 Canada has an opportunity to help meet the growing energy demand in the Indo-Pacific and reap economic benefits at home, writes Jeff Kucharski.

What do the current tensions in the Middle East have to do with Canada’s future economic stake in the Indo-Pacific?

Recent events including drone attacks on a Saudi oil refinery, seizures of oil tankers, tensions in the Strait of Hormuz and the resulting spike in oil prices highlight the tenuous nature of global energy security. These events can have a rapid and profound impact on energy markets and highlight the important role Canada’s energy resources could potentially play in enhancing global energy security, reducing greenhouse gas (GHG) emissions, and contributing to our economic future.

The Middle East holds vast reserves of crude oil but it also happens to be a region with a long history of instability and conflict. Because almost all of the crude oil and gas that is produced in the Persian Gulf must be transported through the narrow Strait of Hormuz in order to get to world markets, the risk of disruption is ever-present. We saw this situation emerge again over the summer as tensions between Iran and the US intensified and the risk of open conflict increased. In fact, as a result of the attack on a Saudi Arabian oil refinery on September 14, the equivalent of 5 percent of world oil production was knocked out instantaneously causing the largest oil price spike in nearly 30 years. Unfortunately, this wasn’t the first such disruption in the region and most likely won’t be the last. But the attack highlights the vulnerability of Saudi oil production and the stability and security of oil supply from the Middle East.

Much of the oil and significant quantities of liquefied natural gas (LNG) produced in the Middle East is exported to countries in the Indo-Pacific. All of these countries are therefore vulnerable to any disruption in the sea-lanes and “chokepoints” running from the Persian Gulf, through the Strait of Hormuz, across the Indian Ocean, through the Strait of Malacca and up through the South and East China Seas. Any disruption can potentially lead to a substantial increase in energy prices and costs, while posing a serious threat to economies dependent on oil and gas imports. Energy security therefore remains a top-of-mind policy issue for Indo-Pacific countries as they seek to reduce the risk posed by over-dependence on any single country or region.

Global energy demand is set to rise 27 percent by 2040, according to the International Energy Agency’s World Energy Outlook. Most of that growth will be in the Indo-Pacific, due to rising incomes and global population growth. This global energy demand is led by developing and newly industrialized economies like those of India and China. China, Japan and South Korea are already the world’s largest importers of crude oil and LNG. Despite the steady increase in power generation from renewables in the region, demand for fossil fuels is forecasted to grow to at least 2040.

Recent events in the Gulf region must be very worrying to the Chinese government. China currently relies on imports for about 72 percent of its total oil demand. Demand for oil in China continues to rise as its economy grows, despite efforts to improve energy efficiency and increase the use of renewables. China therefore faces an energy security conundrum. It is risky for China to remain highly dependent on Iran and other Middle Eastern suppliers given the instability of the region. Yet it has few alternatives to turn to. A plan to step up domestic production of oil and shale gas faces challenging technical obstacles with only marginal potential gains. As China hunts for oil and gas closer to home, it is pushing into disputed areas of the South China Sea, causing tensions with neighboring countries such as Vietnam and the Philippines.

As the world’s largest producer of oil and gas, the US could potentially become a significant supplier to China. However, China is now viewed by the US as a strategic rival and the two countries appear to be moving steadily toward a “decoupling” of trade and investment. Optimistic forecasts of US energy exports to China, particularly for LNG, may not be realized as China is likely to be wary of becoming too dependent on US energy imports regardless of the situation in the Middle East.

So where does all this leave Canada?

Canadian energy exports could potentially play a role in enhancing energy security and stabilizing the security environment in the Indo-Pacific. The Trans Mountain pipeline expansion and a number of LNG export projects currently being proposed would provide significant economic benefits to Canadians and could position Canada to help strengthen our trade ties in the Indo-Pacific.

Canadian energy resources are produced under some of the strictest and most transparent regulatory and environmental rules in the world. Free and democratic societies such as Canada with a surplus of energy resources can have a positive influence on global energy security because our exports can replace imports from exporters from unstable regions (such as the Middle East) and from authoritarian exporter states (such as Russia), reducing their geopolitical leverage, keeping energy prices lower and lowering political risk for importers. Canadian exports of LNG in particular can contribute to gas-for-coal substitution thereby helping reducing GHG emissions in Indo-Pacific countries.

Canada is already exporting energy products to the Indo-Pacific through the existing Trans Mountain pipeline. Demand in Asia led to a large increase in the export of crude oil out of the Port of Vancouver last year. Oil exports, mostly to China, were up 170 percent to 22 million barrels in 2018 over 2017. The TMX expansion project would almost triple current capacity and potentially open up new markets for Canadian oil exports.

Critics of the Trans Mountain pipeline expansion have often pointed to the relatively small volume of oil exports to Asia as evidence of a lack of demand for Alberta bitumin. They also say that Asian refineries cannot process Alberta’s heavy oil. Last year’s jump in exports to China belie that, demonstrating that demand is there. A number of refineries in Asia have be refitted to handle heavy and sour grades of crude oil. Energy security concerns combined with rising demand and geopolitical events in the Middle East and elsewhere mean that major energy importers such as China, Japan, S. Korea and India will continue to try to diversify their supply sources and invest in securing production from stable and reliable countries like Canada.

Canada itself must also ensure its export trade is well diversified and not overly reliant on any single export market. While Canada-China relations are likely to be moribund for a number of years to come, Canada’s relations with the member countries of the Comprehensive and Progressive Agreement for Trans-Pacific Partnership (CPTPP) and the Association of Southeast Asian Economies (ASEAN), as well as other partners in the region, are excellent. In particular, Japan and South Korea are ideal energy partners given their high demand for energy resources and their proximity to Canada. Simply put, they view Canada as being politically stable and geographically secure. Canada should propose instituting an energy cooperation mechanism within the CPTPP which would enhance regional energy security while also helping attract new investment to Canada’s energy sector.

Canada should use its energy endowments strategically to leverage trade agreements and to make broader gains. The global transition to a low carbon future will take decades and in the meantime, Canada has an opportunity to help meet the growing energy demand in the Indo-Pacific and reap economic benefits at home, as long as it can complete planned energy export infrastructure projects and demonstrate a long-term commitment to building deeper trade and security relationships with the countries of this important region.

Jeff Kucharski is a strategic thinker, policy entrepreneur and academic. He is currently an Associate Faculty member at Royal Roads University in Victoria, BC. His public service career included executive and senior management roles in five Alberta government ministries as well as foreign postings in Asia, including with the Federal Department of Foreign Affairs and International Trade.