How Mainland China ‘Lost its Humanity’: Anastasia Lin in The Australian 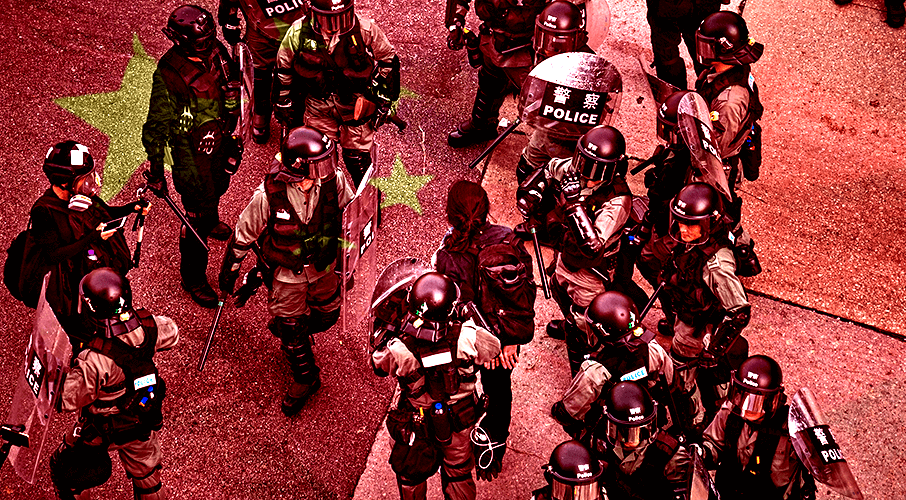 Mainland Chinese once had as much compassion as Hongkongers, but decades of repression have produced cynicism, writes Anastasia Lin.

I was stranded in Hong Kong once — and it was a wonderful experience. I’d been selected to represent Canada in the 2015 Miss World pageant in Sanya, China. I learned at Hong Kong airport that Chinese officials had declared me persona non grata for my human rights work, keeping me out of the pageant.

Hong Kong welcomed me warmly. Journalists rushed to the airport to interview me about China’s human rights abuses. Hong Kong people often approached me on the street to voice support; they shared my understanding of freedom and integrity. After living for nearly two decades under the threat of a communist regime taking their freedom, they don’t take it for granted.

Today, the extradition bill that threatens people who criticise the communist regime in Beijing brought millions to the streets, and many more voiced support. We have heard from people in all walks of life — students, parents, bureaucrats, the middle class, even taxi drivers and equestrian associations. What struck me was the difference between Hong Kongers and the people I’d encountered living on the mainland before I emigrated at 13 — when my university professor mother insisted on moving to Canada so we could live in a fair and free society, and where I would receive an education based on truth, not political slogans.

My communist education in China was half political indoctrination. Youths were encouraged to demonise “the government’s enemy”, including Western democracies, Christians, Tibetans, Falun Gong practitioners and now Hong Kong protesters. We feared repercussions if we challenged such rhetoric, and were rewarded for using extreme language and action to marginalise and demonise the targeted minority.

Chinese student associations overseas, acting as arms of the communist apparatus, are encouraging the “pro-Beijing” students to tear away protest signs, harassing anyone with a different opinion with loud authoritarian-style shouting down, posting on the internet sensitive personal information of individual Chinese students who engage with Hong Kong protesters, and threatening to upload videos to humiliate and — the biggest threat of all — to report them to Chinese authorities.

Last week at the University of South Australia, when a female Hong Kong student was chanting “Hong Kong, stay strong”, the pro-Beijing students shouted back sexist foul language to intimidate her.

The overseas Chinese community was shocked by the ruthlessness in their conduct but, back in China, videos of the event were circulated by the media as “the best example of patriotic education”. This is the classic communist modus operandi: when outclassed, try to outgun.

The mainland Chinese once had as much humanity and compassion as Hong Kong people do. But decades of repression have produced cynicism. People have seen one political purge after another, in which small segments of the population are picked out and publicly persecuted to instil fear in everyone else. That desensitises us to others’ suffering. After the 1989 Tiananmen Square massacre, the surviving victims were persecuted, thrown into jail and “disappeared”. The country returned to normal soon after, as if nothing had ever happened. The student protesters’ sacrifice was in vain.

The voice of the pro-Beijing enthusiasts does not represent the voice of overseas Chinese or most citizens in China. Many Chinese people are inspired by the determination of Hong Kong people and have voiced their support, even though informants are carefully monitoring the overseas community. Some Chinese citizens even went to Hong Kong to join the protest.

In Yuen Long last month, men dressed in white T-shirts rushed into a subway station to attack citizens, including pregnant women, parents with small children, elderly people, journalists and even elected officials. Only an hour later, after the perpetrators left the scene, did the police arrive and make no arrests.

Later, Hong Kong people learned it was a co-ordinated attack and police were intentionally passive. Lynette Ong, an associate professor of political science at the University of Toronto, commented: “This is not the first time thugs have been sent in to beat up protesters. This is more organised, suggesting they are becoming more daring, and the Hong Kong government or pro-Beijing officials are becoming more desperate to put the protests to rest. The underlying motive is quite similar; sending in thugs is an option to evade responsibility. If you send thugs, it’s almost impossible to trace and you can’t hold anyone accountable.”

Yet again last weekend, despite rumours and threats of potential violence, 1.7 million Hong Kongers refused to be scared into silence. They walked together peacefully in the rain to show their resolve and their love for the city.

They remind me of the Chinese dissidents I met in Canada, where I went through the long process of my eyes opening to Western society and detoxing what I had been told as a child. I met those who survived China’s labour camps, the Falun Gongs, the Uighurs, the human rights lawyers who lost everything to protect their fellow citizens.

Some of them recounted being shocked by electronic batons repeatedly, gang-raped, force-fed and having bamboo sticks punctured under fingernails, for doing nothing more than staying true to their beliefs and speaking their mind. But these stories can never be heard inside China because of censorship.

It was a profound indignity to find out my entire belief system was based on a lie. I realised I had been used as a tool by the Chinese Communist Party as a child. It wants to make all Chinese citizens complicit in its crimes. The courageous Hong Kongers are fighting on behalf of every Chinese citizen, who may not even know how they lost their humanity.

If the rest of the world stands up for Hong Kong, perhaps Chinese citizens will find the courage to confront the crimes of the Communist Party. The protests could be the spark that ignites freedom’s fire.

Anastasia Lin is an actor, human rights activist and former Miss World Canada. She is the ambassador on Canada-China Policy for the Macdonald-Laurier Institute and a senior fellow at the Raoul Wallenberg Centre for Human Rights. “Badass Beauty Queen,” a documentary about Lin’s story, is available to view online.