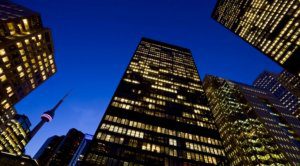 The public might think the rich and powerful pay the corporate tax but in fact the opposite is typically true, writes Jack Mintz in the Financial Post. Below is an excerpt from the article, which can be read in full here.

Voters almost everywhere support corporate tax hikes. They also worry about jobs. Unfortunately, many of them do not see the connection between higher corporate taxes, lower investment and lost employment income.

After 2000, Canadian federal and provincial governments of all stripes reduced corporate tax rates, broadened the corporate tax base, eliminated capital taxes for non-financial companies and harmonized their retail sales taxes with the GST to boost economic growth following the miserable 1990s. These changes succeeded in improving Canada’s competitiveness for global investment.

As Philip Bazel and I show in our 2020 Tax Competitiveness report, just released by the School of Public Policy at the University of Calgary, we have now completely lost the corporate income tax advantage built up over those years. By 2005, our corporate income tax rate had fallen from 43 per cent, highest in the OECD, to 35 per cent. As shown in the nearby figure, by then our combined federal-provincial corporate tax rate gave us a one-point advantage over the GDP-weighted average corporate tax rate among OECD countries. Further reductions by the Martin and Harper governments turned that into a seven-point advantage by 2012.

From 2013 on, however, we generally stopped reducing our corporate tax rates (Quebec and Alberta were exceptions) even as other countries, including Britain, France and the U.S., continued to cut theirs. As a result, by 2020 our corporate tax advantage was completely gone: our rate of 26.1 per cent was now slightly above the OECD average of 25.7. True, the Biden administration is pushing for much higher corporate tax rates in the U.S. but higher rates there are a mixed blessing for us: they will make us more competitive but will also slow down the American economy and our exports to it.