The lesson from Canada is clear: Growth trumps redistribution: Sean Speer in CAPX 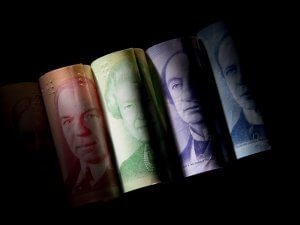 Re-conceptualizing how we think about the current economic and political challenges as a demand for work and opportunity rather than equalized outcomes has significant policy implications, writes Sean Speer.

The economic, political, and social disruption in the ten years since the global recession has policymakers struggling to respond. The political landscape is in flux. The policy agenda has been scrambled. It’s a moment of great tumult and uncertainty.

Many have zeroed in on income inequality as the chief problem and higher taxes on high-income earners and more redistribution (including in the form of a basic income) as the overriding solution. Best-selling books such as Give People Money and Capitalism in the Twenty-First Century are representative of this prevailing perspective. Higher taxes on the rich and larger, more generous cash transfers to those farther down the income scale is presumed sufficient to buy-off the silence of the so-called “angry Trump voter.”

Canada and the United Kingdom are no exceptions. Political rhetoric about the “fair share”, the “one per cent”, and the need for them to “pay more” has become commonplace. Average tax rates for high-income earners in Canada have risen from 46 per cent to 53 per cent in recent years. The British Labour Party has said its next manifesto will include a pilot scheme for large, unconditional cash transfers in the form of a guaranteed annual income. The Province of Ontario has already experimented with a similar policy.

We argue in a new Macdonald-Laurier Institute paper that the diagnosis and prescription are both wrong. Subordinating growth and dynamism to equity and fairness and substituting paid work with unconditional cash payments will harm work incentives and opportunity and, in so doing, ultimately fail those who we’re ostensibly aiming to help.

We build on research by a group of Yale University scholars that in fact shows most people are not principally concerned about unequal outcomes or demanding more redistribution. Rather, their analysis finds that most respondents are alarmed by perceptions of unfairness and unequal access to opportunity. As the authors put it: “Human beings, the research suggests, are not natural-born socialists, but we do care about justice.”

This perspective is consistent with new research by the Centre for Policy Studies that highlights the limits of high taxation and high redistribution. What is so powerful about the CPS’s work is that it is accompanied by polling that shows most Britons want government policy to prioritize enabling paid work rather than redistributing wealth. As CPS director Robert Colvile observes: “the results are clear: the public want a system that truly makes work pay.”

Re-conceptualizing how we think about the current economic and political challenges as a demand for work and opportunity rather than equalized outcomes has significant policy implications. It is no longer about slicing up the economic pie but about making it larger. It is no longer about a “zero-sum” formulation but about expanding opportunity for everyone. British and Canadian policymakers should be unyielding champions for the importance and dignity of all work.

Such a work and opportunity agenda is both a more effective and more compassionate response to low and middle-income anxieties and insecurities than the current emphasis on more taxes and transfers. What might such an agenda involve?

The first and foremost priority must be a renewed focus on dynamic and sustained economic growth. Maximizing economic growth over the long term is the best means of extending opportunity to as many people as possible.

Achieving this goal means liberating the market economy from the dead hand of government. The good news is that we do not need to reinvent the policy wheel in this regard. Canada’s economic and fiscal experience in the 1990s – what we have dubbed the “redemptive decade” – is a useful case study of how to unshackle the market and empower individuals.

Sweeping reforms to government spending, taxation, and the welfare state reduced the burden and cost of government and left more resources in the hands of investors, businesses, and consumers who were then able to deploy them to create new economic activity, investment, and jobs. The “redemptive decade” should thus be seen as a deliberate set of policy choices to shift the focus from high taxation and redistribution (including public employment) to fiscal discipline, deregulation, investment and growth.

The results speak for themselves: Canada experienced world-leading growth and, in turn, high levels of business investment and job growth. Canadians from all regions, sectors, and income groups benefited from this growth-enhancing agenda and the work and opportunity that it catalyzed. The experience offers lessons for how to enable strengthened economic growth and expanded opportunity nearly two decades later.

But it will require a big change. Policymakers will need to place a greater emphasis on economic growth and opportunity and less on equity and redistribution. This may sound like a simple adjustment to policymaking. But it is a major recalibration. It is a different set of objectives and requires a different mindset.

The agenda that we outline here is markedly different to the one that is dominating policy discussions in Ottawa, Washington, London and other parts of the world. But it is hardly pie-in-the-sky. It builds on Canada’s world-leading experience in the 1990s of maximizing opportunity through pro-growth policies. We have done it before and can do it again.

Tori Stafford’s Killer and the Case for Corrections Reform