The ‘K-shaped’ recovery won’t be kind to Canada’s older workers: Linda Nazareth in the Globe and Mail 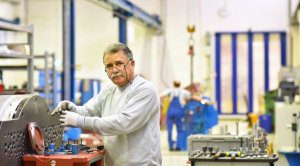 As if the pandemic hasn’t thrown enough challenges at Santa – or rather Santas – a California law is making it harder for the jolly fellows who appear in malls or guest at parties to find work.

These Santa Clauses are typically older workers perhaps filling in retirement income with their seasonal gigs. That might sound like a good idea all around, but it is not in California, where legislation that took effect in January forces employers to hire would-be Santas as employees entitled to complete benefits and working protections. That will inevitably mean less work for Santa, and also potentially less work for other older employers who will increasingly need it.

Canada may not have anti-Santa laws against gig workers as of yet, but we have not given a lot of thought to making it easier for older workers to keep receiving employment income. And as we survey the damage from the COVID-wrecked economy, we may find that the employment prospects for older workers are getting thin just as the supply of mature job-seekers starts to climb.

The story regarding older workers is a familiar one. The old model of work, with the notion of leaving with a gold watch and a pension for life, is over. According to Statistics Canada, 52 per cent of the employed population was covered by a pension plan in 1977, a figure that had fallen to 37 per cent by 2018. Making up the difference with private savings does not always work out, and 2020 has offered a stark reminder that volatile markets, recessions, job losses and illness can wreak havoc on the best-laid plans. Accordingly, working longer frequently seems like the best way to finance retirement. No surprise, then, that the labour force participation rate (the percentage of the population either working or looking for work) of those aged from 55 to 64 has been trending higher for years, climbing from 63.6 per cent in November, 2010, to 66.6 per cent in November of this year.

If older workers found it difficult to hold on to their jobs pre-pandemic, the situation may get worse in its wake. Some of this comes back to the idea of the “K-shaped recovery,” a concept that has gotten a lot of attention lately. The idea that the next leg of the economic cycle will favour some well-positioned sectors and workers (the upward slope of the K) while leaving others out (the downward slope of it) neatly captures the economic situation we are facing as we approach 2021. And, it would seem, older workers are caught in the downward slope.

One reason for this is that they are employed disproportionately in occupations that are in decline. A 2019 study by Statistics Canada found several examples of this, noting that more than half of managers in agriculture were aged 55 and older in 2016. This aging was also apparent in several occupations in manufacturing where the industry is changing around those still holding on to their jobs.

The pandemic has already taken a toll. Between February of this year (right before the pandemic began) and November, unemployment among those in the pre-retirement years between 55 and 64 rose from 5.2 to 6.9 per cent. Taking early retirement does not seem to be an option many have embraced, either during the pandemic or over the past few years. Over the months of the pandemic the participation rate has fallen only slightly from 67.4 per cent in February to 66.6 per cent now, and might climb again when lockdowns ease. Or perhaps it may not, if would-be older workers despair of finding work.

The real crunch for older workers will come next year as businesses reopen and the economy returns to something approaching normal. For some it might all be fine, providing they have the characteristics needed in the next leg of the economic expansion. We know for example that in some sectors such as information technology, labour demand has not missed a beat and employment is now higher than when the pandemic started.

However, many will be caught in the sectors and occupations that find themselves in the downslide of the K, including occupations in the struggling hospitality sector, but also those in a wide swath of manufacturing and services. Automation and a competitive global economy were already taking things in that direction, but picking up the pieces after the pandemic will only make things worse and increase the potential for a spate of very-much involuntary unemployment.

So you have a dichotomy: a need for higher labour force participation and employment for older workers, and an economy that seems to be making that increasingly less likely to happen. If there is a solution to that, it will have to come from policy rather than letting things unfold as they have in previous recessions when it has taken years for employment to return to its pre-downturn level.

A study released in November from the Washington-based Brookings Institute suggests that in the United States the group most likely to leave the work force in frustration are lower-wage workers and that measures should be targeted to them. The authors suggest that higher minimum wages and fair workweek and scheduling laws will keep workers in the labour market. However, although the notion of higher pay and better conditions may keep these workers looking for work, it is not clear that the work will be there.

Like it or not, many older workers from all educational backgrounds may find themselves transitioning to contract and gig work in the years before they leave the labour force entirely. That could be within their existing organizations, perhaps as part of “flexible retirement” programs that see them move from full-time to part-time work. More likely, however, it will mean more people out on their own, negotiating part-time and contract work. At the very least, those workers should be protected by laws that make it easy and advantageous for them to be hired. The situation in California is one to be avoided, even though it comes from the best of intentions, that of protecting workers and encouraging full time work.

At the end of the day, however, the thing that will improve the prospects for older workers is the same thing that will improve them for younger ones, namely a robust and growing economy. In the post-pandemic period, that will be something that has to be supported by monetary and fiscal policy, as well as measures to improve competitiveness. Creating that kind of economy is what will create the conditions for Santa to work, as well as ensure that there is plenty of demand for his services.

Bitter fights over pipelines and other Canadian projects don’t have to be the norm: JP Gladu in the Globe and Mail

Bitter fights over pipelines and other Canadian projects don’t have to be the norm: JP Gladu in the Globe and Mail