June 4 – Reminiscences of a Hongkonger in Canada: Amy Lai for Inside Policy

in Columns, Dragon at the Door, Foreign Affairs, Foreign Policy Program, In the Media, Indo-Pacific, Inside Policy, Latest News
Reading Time: 5 mins read
A A 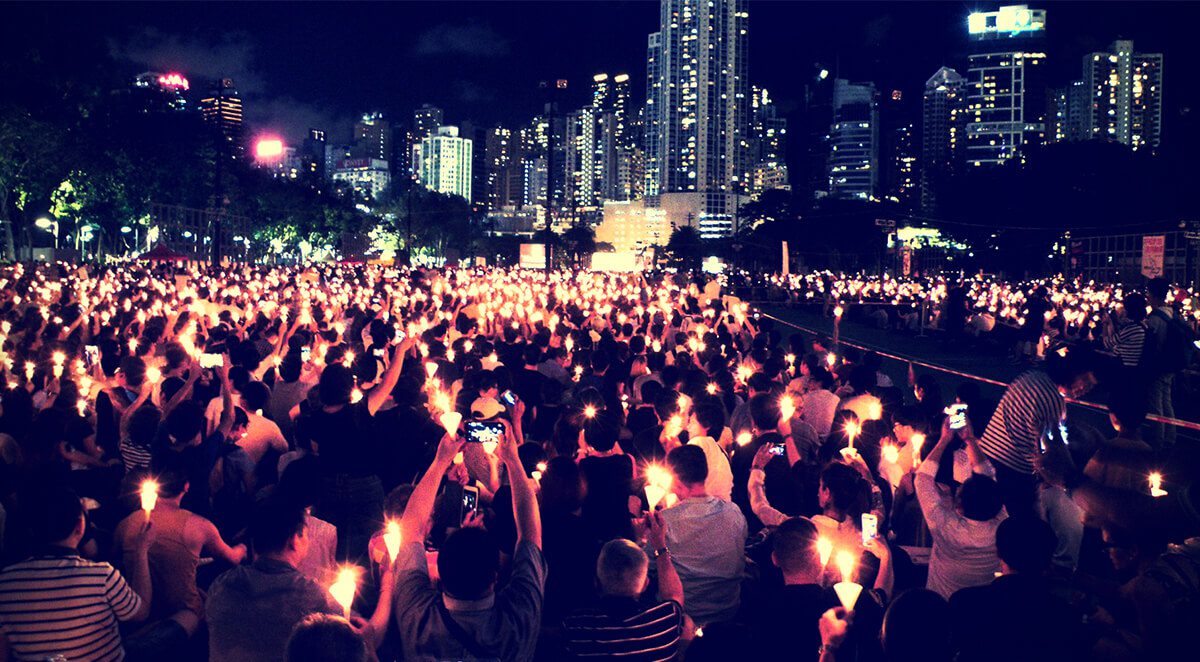 The 30th anniversary of the Tiananmen Square massacre should remind Canadians about the true nature of the People’s Republic, writes Amy Lai.

“Those students got squashed by the tanks!” Mom woke me up gently on that early morning.  In the following weeks, the Hong Kong media were flooded with broken bodies of young demonstrators, blood-smeared streets near Tiananmen Square, and missing student leaders.  I was a kid then. Yet the blood and gore, so vividly captured by shaky cameras and pictures, along with the anxiety looming over Hong Kong, left a lasting impression on my young mind.  The June 4 massacre sparked a new wave of people leaving Hong Kong – the first wave taking place in the years after the signing of the Sino-British Joint Declaration, which sealed the fate of the then-colony, to be handed over to China on July 1, 1997.

Certainly, atrocities were committed all over the world and millions of lives were killed all over the world throughout history.  In many cases and especially in modern times, different governments had apologized to their victims. Germany, for example, apologized for the Holocaust and to the Jews and victimized citizens of different nations. On numerous occasions, Japan showed remorse for the Nanjing Massacre by issuing formal apologies to its Chinese victims and their families (though they were not well accepted). Yet the Chinese government has neither admitted to its wrongdoing, nor apologized to the victims in the June 4 massacre. Throughout the past three decades, the tragic incident has remained one of its taboo subjects, and related words have continued to be censored on the Internet especially around its anniversary.

Hongkongers’ fears sparked by what happened in Beijing were completely warranted. Since its handover, the Chinese government has failed to honour the terms of the Joint Declaration stipulating that Hong Kong shall retain its autonomy as a special administrative region (except in matters of national defence and foreign affairs) with an independent legal system for 50 years. It instead considers the Joint Declaration to be void after the handover. Thus, it has re-colonized the territory by chipping away at its basic freedoms, including freedom of speech and press freedom, which are legally protected by Hong Kong law and have been ardently embraced since the British colonial era.

In recent months, the pro-China Hong Kong government has proposed to amend Hong Kong’s extradition law; once passed into law, anyone suspected of violating Chinese laws even in Hong Kong could be extradited to China and be tried by China’s court system. This move, which violates the terms of the 1984 Joint Declaration and disregards human rights concerns, has garnered local outrage and international media coverage. Yet Canadians who believe that what is happening in Hong Kong only matters to Canadians who work there, or who may be affected by the withdrawal of Canadian investments should the new extradition law pass, are deeply mistaken.

Signs abound of China’s attempts to infiltrate the Canadian government and media. Wealthy businessmen with strong ties to the Chinese government are also quick to make political donations. Meanwhile, many Chinese-language media in Canada, which used to take democratic stances, have fallen under the sway of China due to their business ties. Thus, they increasingly cater to the growing number of recent Mainland Chinese immigrants by offering only positive coverage of the nation, sacrificing journalistic integrity along the way.

Perhaps Canadian academia has not been immune to the toxic influences of the Chinese government. When Chemi Lhamo, a Tibetan-Canadian and strong advocate for Tibetan independence, was elected student president at the University of Toronto’s Scarborough campus, some Chinese students launched an online campaign calling on her to step down that amassed almost 10,000 signatures from their fellows – an incident strongly suspected by a former senior Canadian Security Intelligence Service official as an attempt by China to mute dissidence abroad.

It must be stressed that Chinese communities in Canada, including those on university campuses, are culturally and politically diverse. Some immigrants from China are the most hardworking, honest, and honourable people I have met, who embrace Canadian values and the freedoms that it offers. Yet there are also many brainwashed and/or wilfully ignorant Chinese natives who profess blind faith in the narratives that they were fed with; for example, by accusing the student protesters on Tiananmen Square of their naivete and manipulation by the US government and attributing China’s economic success in the years following 1989 to its government’s violent crackdown on the movement. Some are outright aggressive whenever Canadians criticize China, which they take as a sign of disrespect. We love our country. Go get a life! Roar these Chinese “patriots,” as they struggle to settle permanently in Canada. Occasionally, those coming from Hong Kong also become victims of verbal aggression, as these Chinese “patriots” coax them: Be loyal to China our motherland!

Several Canadian universities acted wisely in closing the Confucian Institutes, Chinese state agencies that undermine academic freedom and quash dissent under the guise of promoting language and culture. Some universities more wisely refused to let these indoctrination machines set up in the first place. Yet meaningful dialogues on China affairs can still be thwarted by the excessive political correctness culture on some campuses. According to anecdotal evidence, criticisms of the Chinese government – even in the form of academic seminars—are discouraged at a top university’s graduate residence, for fear that they might offend Chinese students who live there. Some administrators went so far as to police residents’ social media postings and would frown upon, if not prohibit, anything “triggering.” Certain Canadian professors who believe that feelings matter more than facts tend not to question Chinese students who appear to spread misinformation: it happened, for example, when a student sang praises of President Xi, whom she said encouraged Chinese citizens to adopt religions of their own. There have been no religious persecutions in her homeland. Not at all, according to the student.

Amid the worrying signs of China stretching its claws across the Pacific, what should Canada do?  That Justin Trudeau expressed admiration for China’s “basic dictatorship” that enabled the nation to prosper is no doubt unthinkable and unbecoming of a leader in a democratic nation.  Without intending to add fuel to fire amidst the Huawei controversy, one can argue that strengthening one’s alliance with an emergent superpower possessing an abysmal human rights record and an aggressive expansionist policy would be immoral and complicit in all its abuses and transgressions. Instead, the nation needs to seek new trading partners and strengthen relationships with existing ones other than China. Internally, Canada needs to fight any toxic influences on multiple fronts to safeguard its integrity and sovereignty.

If the 30th anniversary of the Tiananmen Square massacre has any other significance for Canada, it should remind its ruling elites to beware of illiberal tendencies in its own governance and of falling into the trap of authoritarianism. Suppressing free speech and meaningful debates in the name of peace and harmony is a prime example. If “diversity is our strength,” diverse opinions should at least be valued as much as racial and ethnic diversity.

If Canada has anything to learn from China, one such thing would be found in pre-Communist Chinese culture. Analects, a Confucian classic, distinguishes true harmony from uniformity, stating “The gentleman is harmonious but not uniform. The little man is uniform but not harmonious.” (Analects 13:23). True harmony will not be the outcome of a single, or a few dominant narratives – it not only allows for diﬀerences of opinion, but also demands such expressions.

Amy Lai is a lawyer and author of The Right to Parody (Cambridge University Press) and an upcoming book on free speech and higher education (under contract with University of Michigan Press). She can be reached at amyaimee250@gmail.com.

Photos and Video – A dose of reality: What can be done to improve drug coverage for Canadians

Photos and Video - A dose of reality: What can be done to improve drug coverage for Canadians