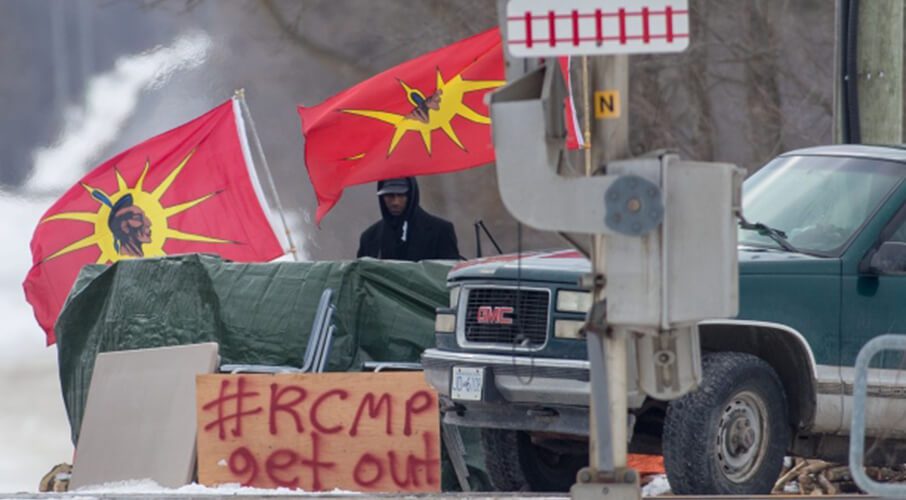 All it takes is leadership and compromise and Canadians have been able to muster both in the past, writes Jack Mintz.

Can Canadians achieve a Grand Bargain to resolve their current disputes? It is a question that virtually asks itself in the face of illegal national transportation stoppages in support of the eight of 13 hereditary Wet’suwet’en chiefs who oppose the B.C. Coastal GasLink natural gas pipeline development.

Prime Minister Trudeau, wisely cancelling his quixotic Caribbean trip in search of votes for a seat on the UN Security Council, is at last engaged in what will be difficult negotiations to achieve some sort of bargain with the dissenting hereditary chiefs. The upshot, however, is that even if we do get a deal in the next few days the Grand Bargain over reconciliation with Indigenous Canadians is looking a lot more fragile these days.

This is not the only Grand Bargain in trouble in Canada. The federal government’s ill-defined, middle-way notion of “responsible resource development” is quickly unravelling. Radical climate-change activists look to stop all oil and gas development, including new pipelines, LNG and oilsands plants. As a result, Canada’s national unity is being stressed by growing Western alienation that could result in increased provincial autonomy similar to Quebec’s, or much worse, secession in face of a rapid deep employment and income losses in Alberta and Saskatchewan.

The term “Grand Bargain” was common in foreign policy circles after the First World War when it was used to describe “big ideas” that could resolve contentious issues. It became popular again during the Cold War when the Western countries were negotiating with the Soviet Union over nuclear armament. Even some Canadians used the notion to describe a “big idea” trade negotiation with the United States at the beginning of this century. In recent years the term had its greatest notoriety as Congressional Republicans negotiated with U.S. President Obama — ultimately unsuccessfully — over debt and spending limits and tax increases.

Grand Bargains usually fail. Not always, however. When they do succeed it’s because of two special ingredients: leadership and compromise.

A primary example is our own successful Grand Bargain, which we called Confederation, the coming together of four British colonies into one “Dominion” in 1867 on their way to what would become full independence. Confederation was not by any means a foregone conclusion. Competing interests were not easily aligned. But two leaders helped pave the way for Canada’s birth. Quebec’s George Étienne Cartier pushed for protections for the French language and for Quebec’s civil code. John A. Macdonald looked to maintain a model as close to unitary government as possible and opposed a regionally representative elected Senate as in the United States. Ultimately, the grand compromise among Ontario, Quebec, New Brunswick and Nova Scotia leaders was to create a federal country with sovereign central and provincial governments.

Over the years, Canada has become increasingly decentralized, with spending on health, education and social services growing faster than federal budgets. Despite various stresses, including Quebec’s two referenda on separating from Canada, the Grand Bargain of Confederation has held, the result of Canada’s evolution into a decentralized federation known for its tolerance and economic success.

Given our European history and fear of U.S. dominance, Canadians have often looked to governments to solve their problems — perhaps too much so. Most Canadians do agree, however, that only governments can provide law, order and defence. In economic terms, these are public goods. They are jointly consumed without one resident’s enjoyment diminishing the benefit received by others. Only government can provide a national public good such as law and order.

But laws are of no use unless they are enforced. The federal government should put a stop to illegal protests that are holding the economy hostage. And Canadians should not condone those who break the law and cause harm to others.

As several senior Wet’suwet’en leaders have argued, their own elected band and hereditary chiefs who support the Coastal GasLink pipeline projects should bargain over a governance model respecting the role of hereditary chiefs who are custodians of the land. John Ivison points out that the Nisga’a First Nation developed a governance structure whereby hereditary chiefs are appointed to a body best understood as a kind of House of Lords. Only the federal government could begin to address such complicated issues — which in fact should have been addressed well before this past weekend.

Our other current crisis — responsible resource development — need not lead to significant fractures in Canadian society. It will require leadership by federal and provincial leaders to work out a sensible Grand Bargain over resource development. The federal government should negotiate an agreement that includes specific policies to achieve short-run GHG emission reductions and longer-run technological investment plans with the provinces. There should be an understanding that once policies are agreed on, governments will support the supply of cheap and reliable energy within whatever bounds have been set down.

Over the years, Canadians have worked out Grand Bargains that have kept our country “strong and free.” There is no reason similar deals cannot be achieved today. All it takes is leadership and compromise and Canadians have been able to muster both in the past.