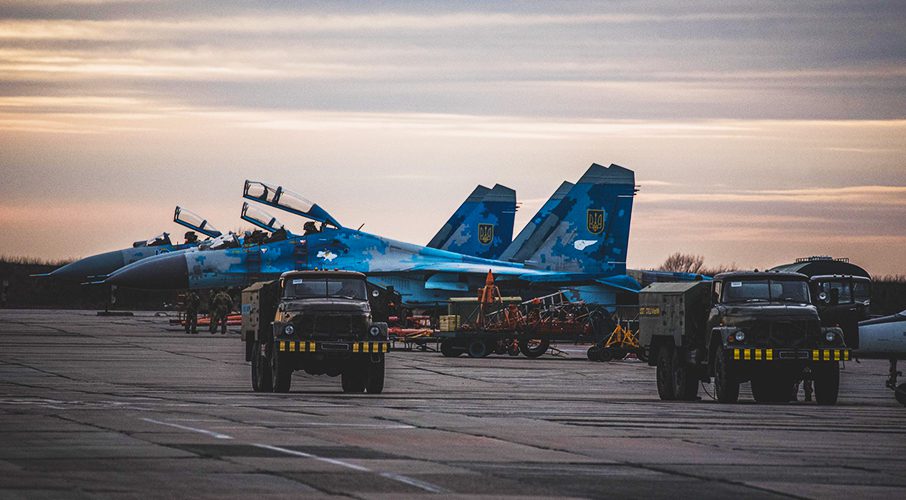 As NATO Ministers of Foreign Affairs prepare for their extraordinary meeting on 4 March 2022 in Brussels, they will need to address the following existential question raised by former President of Lithuania Dalia Grybauskaitė in her 2 March 2022 letter to NATO:

“If we do not stop Putin in Ukraine, we will still have to fight a war, but in our countries.[…] Only a war that has already been launched can stop another war. There is no need to pretend and try to appease our conscience by supplying Ukraine with nothing but arms, and too late at that. The people of Ukraine are fighting the war for us and the children of Ukraine are shielding us from Putin’s madness.”

“Putin’s war on Ukraine has entered its next phase, one of destruction and slaughter of civilians. It is also a part of Putin’s World War, a war on the civilized world of international law, democracy, and any threat to his power, which he declared long ago.”

Although he did not frame the current situation as clearly and accurately as the former World Chess Champion, the US President Joe Biden nevertheless declared in his first State of the Union speech that: “together with our allies we are providing support to the Ukrainians in their fight for freedom […] and we will continue to aid the Ukrainian people as they defend their country and help ease their suffering.”

In this context, during their upcoming extraordinary meeting, the NATO Ministers of Foreign Affairs need to address the fundamental question of how much is NATO willing to aid Ukraine to ensure that the Armed Forces of Ukraine can continue their heroic defence against Russia’s military aggression, and ultimately succeed in securing Ukraine’s territorial integrity and stopping any further westward military advance by Russia.

Ensuring Ukraine’s success is the best option for the West to make sure that Putin’s senseless and immoral war is limited to Ukraine and not fought in NATO member countries at a tremendous human cost.

Article 51 of the Charter of the United Nations provides for individual or collective self-defence to maintain international peace and security:

“Nothing in the present Charter shall impair the inherent right of individual or collective self‑defence if an armed attack occurs against a Member of the United Nations, until the Security Council has taken measures necessary to maintain international peace and security.”

Since the UN Security Council has still not taken such necessary measures as Russia has a veto power at that level, a collective self-defence can be implemented by NATO member countries because of Russia’s armed attack against Ukraine, a UN member country.

NATO and its member countries do not need to attack Russia. They, or those willing, simply need to collectively help Ukraine’s self-defence to maintain international peace and security in Europe.

To succeed in such self-defence of Ukraine’s territorial integrity, the most burning issue is for Ukraine to be able to enforce a no-fly zone over its airspace.

Thus, NATO and its member countries should supply Ukraine with fighter jets and anti-air systems. Moreover, Western pilots and additional fighter jets should be seconded under Ukrainian operational control to secure Ukraine’s airspace. Ukraine has already facilitated that by establishing the International Legion of Territorial Defense of Ukraine.

Time is of the essence.

NATO Ministers of Foreign Affairs must decide during their extraordinary meeting on 4 March 2022 whether to help ensure Ukraine’s self-defence, or risk that Russia’s invasion of Ukraine starts a domino effect at a tremendous human cost to NATO member countries and their people when Russia continues its aggressive military westward expansion.