Is poor Ontario being treated unfairly?: Philip Cross in Inside Policy

in Columns, In the Media, Latest News
Reading Time: 6 mins read
A A

Those who argue that Ontario deserves a better deal from the federal government are relying on unsuitable data and shaky reasoning, writes MLI Senior Fellow and former Statcan Chief Economist Philip Cross in the latest edition of Inside Policy.

It is well known that Ontario’s economy has consistently underperformed relative to Canada’s average over the past decade. The result has been lagging business investment, rising unemployment (especially for youths), an historic shift to net out-migration to other provinces and chronic budget deficits. Faced with such a dismal economic record, it is not surprising that the Ontario government tries to shift as much blame as possible to the federal government rather than acknowledging the role its own policies have played in these deteriorating economic outcomes.

A favourite complaint is that the federal government collects more revenue than it spends in Ontario. This claim has been taken up by the Ontario government commission on its finances chaired by Don Drummond as well as the Mowat Centre. Both use data on federal revenues and spending by province from the Provincial Economic Accounts published by Statistics Canada. The result is misleading.

Federal spending and revenues in Ontario

Statistics Canada made clear in a paper published February 2007 that the Provincial Economic Accounts (PEA) often are “used erroneously to try and assess net winners and losers in Confederation.” It detailed why the distribution of federal revenues and expenditures by province “are not designed to identify costs and benefits” in the manner that the Mowat Centre incorrectly insists on doing. Statistics Canada elaborated that “the underlying problem in measuring the costs and benefits of Confederation — using the PEA or not — is that all federal activity has both costs and benefits. The costs are relatively easy to measure, while the more general and widely shared benefits are, unfortunately, much less quantifiable either in magnitude or in geographic location.” It concluded by underscoring that “Statistics Canada did not choose these methods and conventions with the intention of analysing the provincial distribution of costs and benefits of federal government actions and policies.” Altogether, it is hard to imagine more emphatic statements from a dispassionate statistical agency about the proper use and interpretation of its data.

The difficulty of allocating federal spending by province is illustrated in the following example. The RCMP could buy uniforms through its head office in Ottawa that were made in Montreal and given to officers in Manitoba. On a procurement basis, the expenditure would go to Quebec; on a purchasing basis, Ontario is the recipient; while on a consumption basis they belong to Manitoba. There is no clear-cut way of deciding what is the appropriate allocation methodology.

Despite the very clear warnings from Statistics Canada, analysts in Ontario continue to simple-mindedly take the provincial distribution of federal revenues and expenditures from the PEA as a measure of whether Ontario is receiving its appropriate share of spending from the federal government. The Drummond commission estimated the gap between federal revenues and spending in Ontario at $12.3 billion in 2009. The Mowat Centre in 2013 published a study that said Ontario was a net loser in the distribution of federal spending net of revenues to the tune of $11.1 billion, the mid-point of a possible range of between $9.7 billion and $12.5 billion depending on how the adjustment was made to bring the federal government budget into balance. A year later, it revised this estimate down to $9.1 billion, citing how it had inappropriately accounted for federal government spending abroad, but no longer provided a range around this estimate.

That the Mowat Centre in one year revised its estimate from a high of $12.5 billion down to $9.1 billion  testifies to how sensitive these estimates are to the underlying assumptions. The broader point is that Mowat’s decision to inappropriately use Statcan’s PEA estimates of federal spending and revenues in Ontario rather than attempt on its own to disentangle federal fiscal activity in the province is an implicit acknowledgement of the unfathomable statistical complexity of such an exercise. If it was at all possible for the Mowat Centre to undertake this task, presumably it would have done so in order to supply the Ontario government with ammunition to support its grievances. The futility of doing this type of analysis without recourse to Statcan’s PEA data does not excuse using this data, since the agency clearly states the PEA cannot support such analysis. It is, quite simply, a futile exercise, no matter what data is invoked.

The original 2013 Mowat Centre paper did not even acknowledge the existence of Statistics Canada’s 2007 paper on the limitations of analyzing the provincial distribution of federal revenue and spending. The 2014 Mowat update at least referred to the Statistics Canada paper in a footnote to its Appendix, but proceeded to use the PEA estimates in direct contravention of Statistics Canada’s warnings, on the grounds that “they remain the best indicator available.”

Comparing the estimates made by Statcan and the Mowat Centre

Analysts have to make a number of adjustments to the Statistics Canada estimates of federal net lending by province, including adjusting for a balanced federal budget and converting the calendar year to a fiscal year basis.10 Table 1 summarizes the net impact of these changes made by the Mowat Centre. For most provinces, the two estimates are quite close, with a difference of $0.6 billion or less. By far the largest difference is for Ontario, where the adjustments made by the Mowat Centre had the effect of lowering the estimate of federal net lending by $11.3 billion. Moreover, Ontario was the only province where the adjustments reversed the direction of federal net lending, from Statcan’s estimate that the federal government spent $2.2 billion more in Ontario than it collected in revenues to the Mowat Centre estimate that the federal government collected $9.1 billion more than it spent. 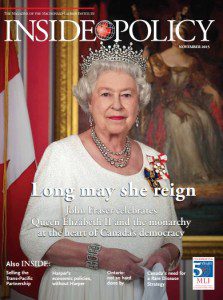 Critics in Ontario may be justified in complaining about underspending by the federal government in specific areas, such as immigration (Toronto is the preferred destination for a plurality of immigrants). However, it is difficult to make a judgement about the overall fairness of federal spending by analysing each program separately. Saying that spending is unfairly distributed in one area ignores how Ontario benefits disproportionately in others. For example, one study complains that Ontario receives less support for the energy industry,11 but is mute about federal subsidies for the auto industry, notably the $13.7 billion bailout of GM and Chrysler in 2009.

Both federal revenues and spending are difficult to allocate by province, although both the Drummond report and the Mowat Centre attribute all of Ontario’s alleged shortfall to the spending side of the ledger. Drummond claims that the tax code is essentially neutral toward the provinces. This may be true, but that does not mean allocating taxes by province is straightforward since it is the size of the tax base in each province, not tax rates, that determines the allocation of federal revenue by province. And the allocation of federal tax revenues by province is an uncertain exercise. As Statcan noted, some people earn their living in one province and reside in another. More important is the problem of distributing corporate income taxes for large firms operating in more than one province, which is especially acute for Ontario which has the most corporate headquarters in Canada. Statcan specifically cites the example of financial institutions with head offices in Ontario and branches across the country that derive most of their income from financial transactions whose geographic locations are ambiguous, especially on the Internet: it concludes that “how to allocate profit, taxable income and income taxes in these cases are among the most difficult faced in the Provincial Economic Accounts.”

In the conclusions of both of its studies, the Mowat Centre called for an update to the estimates of the provincial distribution of federal revenues and expenditures (the latest estimate is 2009). Its 2014 study mistakenly decries “the federal government’s decision to stop publishing the necessary data through the Provincial Economic Accounts.” The implication that Statistics Canada acts on the orders of the federal government unjustifiably questions the independence of Statistics Canada, which decides its own priorities in consultation with advisory committees (mostly composed of leading academics). As Statistics Canada repeatedly made clear to users, the priority for its National Accounts in recent years was the comprehensive and fundamental revision to its GDP estimates, which was released at the national level in October 2012. Once the national estimates were revised, the revisions are being made for the provinces.

The Mowat Centre approaches any deviation from equal per capita federal spending for various programs in each province as “treating Canadians inconsistently.” However, there is no reason to expect program spending to be equal across the country. The Atlantic provinces, with an older population and high unemployment, will receive more pension and EI benefits. The Western provinces, with a large and young Aboriginal population, will receive more spending for housing and education.

The poor performance of the Ontario economy largely reflects mismanagement by its provincial government as well as trends in the global economy beyond the control of any government in Canada. Faced with slowing business investment, the government has responded by stepping up public sector spending and budget deficits, which further depresses business investment and job creation. Chronic slow growth exacerbates Ontario’s deteriorating demographic profile, since for the last 10 years there has been an unprecedented net inter-provincial migration out of Ontario to the rest of Canada. Prime aged workers are the most likely to leave, while the elderly are the least likely. The result is that Ontario bears the cost of raising and educating its youth, who then can leave for other provinces to find work (and pay taxes). Meanwhile, Ontarians who stay behind have to pay the growing health care costs of the elderly.

The best way for Ontario to improve its poor fiscal position is to expand its tax base through faster economic growth. Blaming the federal government for shortchanging Ontario in its fiscal dealings with the province is merely a crutch.

Philip Cross is a Senior Fellow at the Macdonald-Laurier Institute.