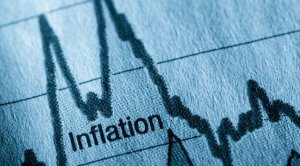 Not only does the inflation tax make consumers pay more for exactly the same goods and services. It silently raises the tax on their now lower real incomes, writes Jack Mintz in the Financial Post. Below is an excerpt from the article, which can be read in full here.

With year-over-year inflation at 5.4 per cent in the U.S. in September and 4.4 per cent in Canada we’re hearing about a blast from the past: the “inflation tax,” which enables governments to extract their pound of flesh surreptitiously. Rather than face the political heat of raising taxes to pay for new spending, deficit financing pumps up prices, ultimately reducing the purchasing power of household incomes.

And it’s not a small tax. In Canada, average weekly earnings including overtime were $1,130 in January. If the consumer price index rises by five per cent this year, the same goods and services that salary bought last year will cost $55 more. Multiply that $55 a week by 52 weeks and the total for the year is $2,860.

And that’s just for one year. If prices rise the same amount next year, the tax will be another five per cent, compounded. Canadians’ real incomes could fall behind pretty quickly.

Not everybody pays the inflation tax, of course. Anyone whose income is indexed to inflation —retired MPs and civil servants, for example — have their loss in purchasing power made good (on their income, that is, though not necessarily on their assets).

After a year of frozen salaries for many workers in 2020, this year’s inflation is a definite bummer. Since January, the average weekly wage has barely budged. With inflation running at a seasonally adjusted 3.4 per cent for the first nine months of the year, the average Canadian is quickly falling behind. That might change, of course. With the labour shortages currently being experienced in many industries, workers are being empowered to seek higher wages — though that in turn can get built into inflationary expectations.