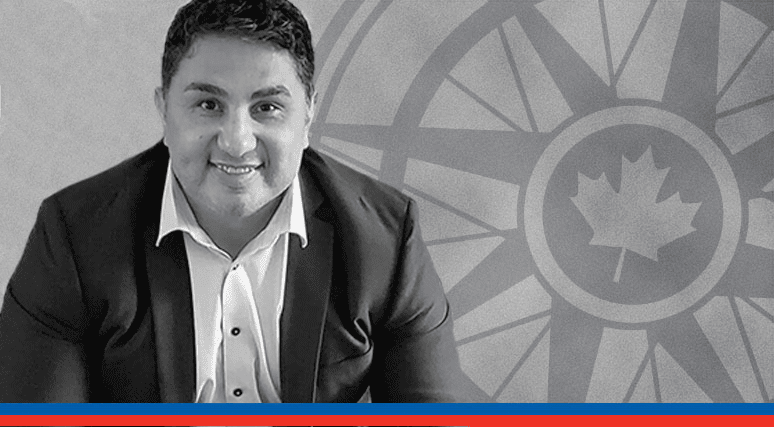 OTTAWA, ON (March 19, 2021): Identity politics has long been an animating force in Western society and politics. Yet with respect to addressing ignorance, confronting racism, and pursuing reconciliation, is identity politics the right framework?
According to MLI Senior Fellow and former elected Lax Kw’alaams Band Councillor Chris Sankey, the answer is an emphatic no. In MLI’s latest commentary titled “How identity politics prolongs racism,” Sankey looks at the need to address gaps between Indigenous people and non-Indigenous Canadians. Yet, as he argues, an identity politics framework offers little value in that regard – it is just another form of the paternalism that “has kept generations of Indigenous people down.”

“I can appreciate that many people who claim to engage in identity politics on behalf of people like me earnestly believe that they are making the world bet­ter,” writes Sankey. “They are wrong.”

In his view, identity politics reduces the value of individual people, experiences, and communities by lumping groups into blanket categories. Sankey argues that it imposes identities onto people, often by people who are themselves outsiders to the communities that are being labelled.

“We do not need governments or out­side groups to tell us who we are or speak on our behalf. I am tired of being labelled as nothing more than an Indigenous person, a Native, or a First Na­tions. I am these things, but they do not define me or my experience.”

“If you want to use a label for me, I am Tsimshian.”

While ignorance and racism are serious problems that ought to be addressed and confronted, identity politics is not an effective solution. Sankey notes that such an approach can hardly be counted on to change people’s minds, and rather than facilitating progress, it often devolves into combativeness.

Particularly as it pertains to Indigenous people, a much better solution is needed if meaningful reconciliation is to occur. For Sankey, this comes from empowering communities, allowing them to make their own economic decisions (especially with respect to participation in the resource economy), respecting rights, and highlighting the rich and diverse cultures and identities of First Peoples in Canada.

“We do not need identity politics to advance reconciliation. It is an impediment to the process. What we need is the ability to act upon our rights so that we may determine our own political and economic futures, free from dependence and paternalism.”

While identity politics seeks to further define issues along lines of race and identity, Sankey finds that it in fact reinforces racist and paternalistic attitudes. He cites environmental activities as among the most significant perpetrators of using identity politics to paint all Indigenous peoples with one brush, perpetuating a system of race-based politics wherein First Nations are unable to determine their own futures.

By contrast, he argues that true reconciliation requires communities to be able to access the opportunities that have been closed off to Indigenous communities for far too long.

“Please stop trying to save Indigenous people. That has never worked for us. We want – and deserve – equal opportunities,” concludes Sankey. “And we desperately need non-Indigenous people to stop describing us in ways that meet their needs and not ours.”

***
Chris Sankey is a senior fellow at the Macdonald-Laurier Institute and a former elected Councillor for the Lax Kw’alaams Band. Additionally, he is a prominent Indigenous business leader.