How the West can help level the playing field in Ukraine: Balkan Devlen in the Toronto Sun

The West can help tip the balance in this war without significantly increasing the risk of a direct confrontation with Russia. 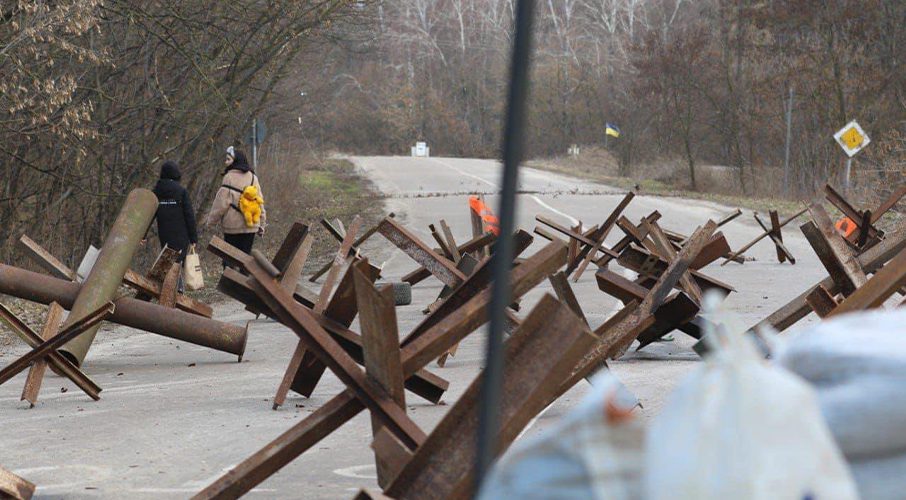 The calls for NATO to enforce a no-fly-zone over Ukraine are met with wide-spread skepticism in the West as such a move will likely bring NATO into direct conflict with Russia, risking widening the war. Meanwhile, Russia engages in nuclear sabre-rattling, issuing thinly-veiled threats of nuclear escalation if NATO countries are directly involved in the conflict.

The West should not fall for the trap of a false dichotomy between a direct confrontation with Russia versus doing nothing to punish and deter war crimes committed by Russia. We have to think creatively on how to level the playing field in Ukraine and degrade Russia’s capability to prosecute this war. Three ideas come to mind.

First, we should do our utmost to ensure that the Ukrainian airspace remains contested and that Russia cannot gain air superiority. This is different from imposing and enforcing a no-fly-zone. It is about enabling Ukraine to protect its skies.

There is already talk of transferring fighter jets from Poland and other Eastern European NATO countries that have similar planes as Ukraine in their inventories. They will be Ukrainian planes, operating under Ukrainian command, flown by Ukrainian pilots, using Ukrainian airfields. This should be expedited and the West should guarantee replacements for those NATO countries. Supplying Ukraine with more Turkish-made Bayraktar TB2 combat drones, whose effectiveness in the battlefield have been proven, is another important component of the same strategy.

Furthermore, Ukraine will need spare parts for their fleet, which can also be supplied by the same Eastern European NATO countries and the rest of NATO members can provide financial support in obtaining them.

Second, the West should provide air defence systems and anti-aircraft missiles to deny Russia air superiority. There are Soviet era air defence systems in the inventories of Eastern European NATO members that can be used by the Ukrainian armed forces without extra training. The West should again guarantee their replacements for the NATO countries who provide them to Ukraine. This will also serve as reducing those NATO members’ reliance on Soviet-era and Russian weapon systems, therefore increasing interoperability and alliance cohesion.

Lastly, NATO should announce snap military exercises in the Arctic, Baltic Sea, and the Pacific with non-NATO partners. These should be in addition to the already planned exercises and those that are underway such as Cold Response 2022 in Norway. Russian military resources are already stretched in Ukraine as their battlefield performance proved to be worse than expected. Severe economic sanctions imposed on Russia put further stress on Russian resources. Having those exercises around Russia but away from the ongoing war will force Russia to divert at least some of its military capabilities, including intelligence, surveillance, and reconnaissance (ISR) capabilities away from its war effort in Ukraine.

These measures, together with imposing even more severe economic sanctions including sanctioning Russian oil and gas exports, are meant to augment Ukrainian capabilities on the ground while degrading Russia’s ability to prosecute its war of aggression. They do not require NATO members to engage in a direct military intervention and risk an all-out war with Russia. Canada can play a key role in coordinating these policies and provide financial and technical support as an important NATO member that has long-standing and strong ties with Ukraine.

Let us not be intimidated by Russia’s nuclear sabre-rattling. The West can help tip the balance in this war without significantly increasing the risk of a direct confrontation with Russia. Weakening Russia’s ability to engage in further aggression in Europe and elsewhere is in Canada’s and our NATO allies’ interest. It’s the right thing to do, both strategically and morally.

Balkan Devlen is Senior Fellow at the Macdonald-Laurier Institute, where he leads the Transatlantic Program.