Google should start playing nice with the news media: Richard Owens in The National Post 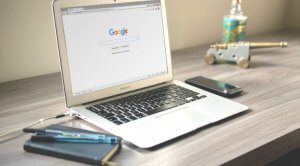 The internet is far better off with authoritative, factual sources of reference, such as are provided by professional, fact-checking newspapers. Google’s news service in particular needs them, writes Richard Owens.

Google is a rich target, and a deserving one. The tech giant has profited enormously from uncompensated or inadequately compensated uses of artists’ works on YouTube and its other platforms, like Google Books. It has unrelentingly opposed any attempt to improve copyright laws to meet the needs of the digital economy, hiding behind putatively independent non-governmental organizations and academics that it funds or retains. No example of this is more egregious than the activist and lobbying onslaught unleashed against the European Union’s 2019 Directive on Copyright in the Digital Single Market (Directive), which was intended to better protect artists and other content providers, including news services.

Newspaper articles are protected by copyright, but copyright is finicky. It does not apply to information at all. It does apply to original, creative expression, but there isn’t much of that in most news reports, which unambiguously report facts. And to violate copyright, a “material” amount of a story must be copied. Copyright is also eroding, especially online, as evidenced by the fact that Google has won cases that allow it to copy and post whole books and entire images for free.

To the rescue rode the Directive, which created a quasi-copyright, a so-called “neighbouring right,” for the news media. Germany, France and Spain have laws embodying a similar right. These laws essentially say that to reproduce or communicate news extracts requires authorization. But according to the Directive, hyperlinks and very short extracts are exempt. Google’s services generally copy headlines and little more, and provide a link to the original source. So even under the Directive, there may be no right to compensation.

In Germany, Google stopped posting brief excerpts of the articles it linked to, which drove down traffic to German publishers’ sites. Publishers capitulated, licensing content back to Google to maintain their traffic. A similar law in Spain resulted in Google withdrawing its news service from the country entirely (which, interestingly, does not seem to have had a negative impact on traffic to the websites of Spanish newspapers). In France, Google also threatened to respond by posting less content, so as not to infringe the new right.

French competition law authorities then claimed that Google was abusing its dominant position in the market by threatening not to post any excerpts over which news outlets had rights. It’s an interesting argument, but can Google legitimately be forced to carry on its business in a particular way? Suppose it made the same decision for other reasons than it apparently did in this case, such as to save money. Would this be reason for governments to intervene? And what evidence is there of actual harm to the newspapers from Google’s decision? Sometimes competition regulation seems more about governments opportunistically bullying the market to extract massive fines than about principled intervention. That said, Google’s a big bully, too, so have at it. Meanwhile, Australia’s competition authority is preparing a code that will require Google to pay more to news media, based on a similar competition law theory.

With all these legal uncertainties, Google is beginning to look less like a wrongdoer caught in a particular act than a swaying pinata full of money that no one can hit.

Canada does not have a neighbouring right for news reporting like Europe does. Canadian copyright law would not yield a remedy. Competition authorities in Canada haven’t intervened. A remedial tax has been proposed, but a tax puts government in the position of collecting and disbursing funds. Government should not fund news media, since the main job of the media is to hold government to account. It won’t do that nearly as effectively if it is funded by government — just look at the CBC. The government could simply pass a law requiring Google to pay newspapers, but that wouldn’t seem principled and would be very hard to implement.

When the law doesn’t respond, one can always make a plea to equity. Is there something like unjust enrichment going on? It’s not an easy question. Expediency is clear: newspapers desperately need money and Google’s got money. But how do we prove that money had been diverted from newspapers? Google drives viewers to news websites and supplies ads that allow newspapers to monetize those page views.

Maybe the answer isn’t a legal one at all. Sometimes co-operation without compulsion makes sense. The internet is far better off with authoritative, factual sources of reference, such as are provided by professional, fact-checking newspapers. Google’s news service in particular needs them. It would be in Google’s interests to make productive partnerships with news publishers, irrespective of a legal obligation to do so. Google’s scorched earth policies with respect to creators and content providers will not serve it well in the long run. But a corollary is that journalism must redouble its efforts to attain high levels of insight, professionalism and impartiality if it is to continue to justify its quasi-institutional role and entitlement to support. Without resources, that is becoming a very difficult task.

Richard C. Owens is a senior Munk fellow of the Macdonald-Laurier Institute, an adjunct professor at the University of Toronto’s faculty of law and a lawyer.

Planning for Canadian foreign and trade policy in post-COVID world: Robert Murray and Jean-Sébastien Rioux in the Hill Times