Free speech vs. safe Internet: We can have both? 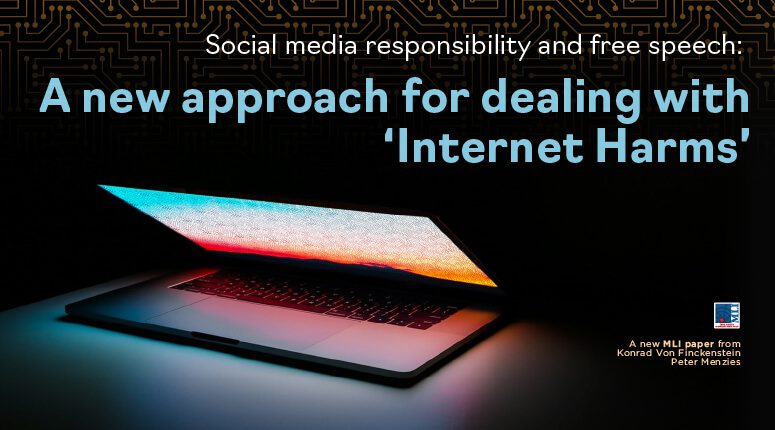 OTTAWA, ON (February 16, 2022): With the emergence of the Internet, and social media in particular, has come previously unimaginable levels of free expression. At the same time, there are increasing concerns that largely unfettered freedom is creating harms for individuals and a society forced to contend with disinformation, unrestrained hate speech, and other challenges.

Is there a way to protect free expression online while confronting these harms? A new MLI paper, authored by a former CRTC chair and a former vice-chair, propose a first draft of legislation to accomplish this very goal.

In “Social media responsibility and free speech: A new approach for dealing with ‘Internet Harms’,” Konrad von Finckenstein and Peter Menzies examine the issues at play in Canada, revealing that the government’s approach to date misses the mark.

The authors suggest that the previous Parliament’s “online harms” proposal was far too heavy-handed, empowering unelected regulators to determine what kinds of speech online is acceptable. As they write, “any efforts aimed at regulating the Internet should stay as far away as possible from attempting to manage what people have to say about the events of the day.”

“To do otherwise only leads, at best, to endless haggling within an unnecessary legal quagmire and, therefore, inefficiency. At worst, such efforts lead to government suppression of freedom.”

The authors propose the development of the Social Media Responsibility Act. The legislation would clarify that users on platforms are responsible for their own speech, but it would also compel social media companies to develop and impartially implement a code of conduct on its users.