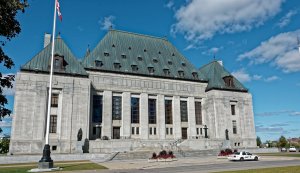 The time has come to consider the idea of an economic charter of rights, write Brian Lee Crowley and Sean Speer.

It’s now been just over three weeks since the Supreme Court of Canada ruled on the high-profile “free-the-beer” case.

The court’s unanimous decision against retired steelworker Gerard Comeau’s right to purchase beer in Quebec to bring back to New Brunswick has been the source of great despair for many who hoped for an affirmation of Canadians’ economic and commercial rights free from interprovincial trade barriers.

There are plenty of reasons to be disappointed with the judicial outcome. Not only did it involve a tortured interpretation of Section 121 (the open market clause) of the constitution, it strains credulity that the oft-activist court suddenly was animated by notions of judicial restraint, particularly given the importance of the economic and commercial rights of Canadians that were very much at stake.

But notwithstanding these legitimate grievances with the decision and what it says about the confused and contentious state of legal thinking in this country, it would be a mistake simply to despair.

The Supreme Court’s decision is most emphatically not the end of any hope of using the law and the Constitution to protect economic rights and tear down interprovincial trade barriers. It merely means we cannot look to the courts to get the job done. That puts the ball right back in the court of elected officials. The onus is now on Canadian governments – particularly the federal government – to stand up for people like Mr. Comeau who wish to exercise their rights to work, buy, and sell in any corner of the country.

A Matter of Cost and Principle

Interprovincial trade barriers impose considerable economic costs. Statistics Canada has estimated that the totality of interprovincial trade barriers (such as New Brunswick’s ban on bringing beer across its provincial line) amount to the equivalent of a 7-percent tariff inside Canada’s borders. Think about that for a minute. We essentially have tariff-free trade with the United States and dozens of other countries but allow governments to impose the equivalent of a 7-percent tariff on the purchase of goods and services within our country.

But, as we’ve written elsewhere, it’s not merely about financial considerations. It concerns our basic rights as workers, entrepreneurs, and consumers and even though those rights may not have been included in the Charter of Rights and Freedoms, they have nonetheless been recognised by some of our greatest thinkers—like Adam Smith and David Hume— as absolutely central to human freedom. Given how much our identity and our life revolves around our economic choices and possibilities, what trade or profession we can exercise, what education we can acquire, how secure our property is from arbitrary seizure, whom we are permitted to trade the fruits of our labour with and under what conditions, the lack of internal free trade in Canada isn’t some petty dispute between governments, but a serious and pervasive obstacle to the freedom of Canadians.

Moreover, the absence of free trade for all Canadians means we have signally failed to realise the hopes and aspirations the founders of Canada had for this new country in 1867. Piecing together a national economy wasn’t a tangential part of the country’s founding. It was the central prize sought by many of the leading politicians of the time, an idea expressed repeatedly in the Confederation debates. The idea that Mr. Comeau was sanctioned for buying beer in Quebec and bringing it back to New Brunswick would have dismayed Sir John A. Macdonald – and not just because he loved his tipple. George Brown would similarly have been appalled at the failure of Confederation to tear down the barriers between Canadians, making “a citizen of one [province] a citizen of the whole.”

The lack of internal free trade in Canada isn’t some petty dispute between governments, but a serious and pervasive obstacle to the freedom of Canadians.

The question, then, is: what can be done to eliminate these barriers and realize the national vision of Macdonald and the other founders?

The Macdonald-Laurier Institute has long championed a legislative solution to these matters. The Supreme Court’s ruling only reinforces the need for such an approach. Real reform must come from Ottawa.

We have argued that the federal government has the constitutional power to introduce a sweeping statute — an economic charter of rights — to ensure that no government rules or policies unnecessarily restrict the free movement of goods, services, labour, and capital, and give individual citizens clear legal remedies against such restrictions. Such a law would be entirely in keeping with the Supreme Court’s ruling, which did not say that barriers could not be torn down. Instead it said that the courts wouldn’t do it, and that provincial barriers whose real purpose was to restrict trade were vulnerable under the Constitution.

The charter would be faithful to the founders’ vision and rooted in the principle that a Canadian has the right to seek employment, earn a living, and sell his or her goods and services anywhere in Canada without exception.

It would have real enforceability in the form of an economic freedom commission with the power to investigate breaches of the economic charter of rights on its own initiative as well as in response to complaints. Provinces and territories would need to justify regulations or policies that impede the exercise of these basic rights. Otherwise people and businesses would be entitled to ask the courts for financial compensation for infringements.

The charter would be faithful to the founders’ vision and rooted in the principle that a Canadian has the right to seek employment, earn a living, and sell his or her goods and services anywhere in Canada without exception.

The function would thus be somewhat similar to the NAFTA’s investor-state dispute mechanism. People would similarly now have real recourse to protect their economic and commercial rights within Canada. And the adjudicator would not, as is the case under the current dispensation, be same governments responsible for the barriers in question. It’s ultimately the only way to keep the provinces’ protectionist inclinations in check.  Remember that under the new agreement on internal trade that the provinces negotiated and put into effect last July, there are over 100 pages of exemptions, and the ink was barely dry before BC and Alberta were threatening each other with new trade barriers in the dispute over the Trans Mountain pipeline. The premiers are no free traders.

Standing Up for the “Little Guy”

The Comeau case ultimately failed but it’s influence will be enduring. Why? It gave the issue a human face.  It helped Canadians understand the power imbalance between strong special interests and ordinary Canadians that’s often inherent in interprovincial trade barriers. Mr. Comeau wasn’t some grubby corporatist looking to erode health and safety or environmental protections. He was just a retired steelworker looking to purchase cheaper and better beer.

There are countless of others like him. They’re not famous and don’t have high-priced lobbyists, so we don’t know about them. They’re hairdressers who can’t find work in Ontario because they got their training in Saskatchewan. They’re small business owners who can’t bid on provincial contracts because they live on the wrong side of provincial lines. They’re restaurateurs who can’t sell their products from one province to the other. And none of them can do anything about it.

An economic charter of rights is an idea whose time has come – particularly following the Comeau decision. It seeks to unshackle Canada’s economy. It seeks to complete Canada’s nation-building project. And most importantly: It seeks to help the rights and freedoms of the little guy whose life opportunities and livelihood are damaged by parochial and protectionist restrictions and barriers that have no place in a modern and unified Canada.

There’s no more time to despair. Our federal legislators have work to do. It’s time to “free-the-beer” once and for all.

Brian Lee Crowley is Managing Director and Sean Speer is a Munk Senior Fellow at the Macdonald-Laurier Institute.