in A Mandate for Recovery, Columns, In the Media, Indigenous Affairs Program, Latest News, Melissa Mbarki
Reading Time: 3 mins read
A A 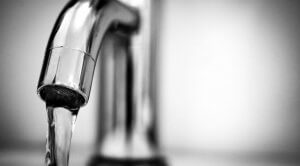 When the prime minister addressed on-reserve water advisories in last week’s English leaders’ debate, he made it sound like the water issue was well in hand. The casual way that Canadians all the way up to and including the prime minister talk about First Nations water issues shows that the country still does not get it.

Even in the unlikely event that all water advisories are lifted, First Nations people will still be struggling to access this necessity of life.

Growing up on the Muskowekwan First Nation reserve in Saskatchewan, I dealt with water issues throughout my life. My grandparents did not have running water until the late 1980s. They had huge rain barrels that would be filled via water truck once a week.

When my grandparents moved to a home with running water, they encountered a new issue: contamination. All homes on the reserve had high levels of iron, among other contaminates, giving the water an odour and yellow colour. We used a product called “Iron Out” for laundry so it would not turn clothing yellow.

It’s easy to imagine what this water would do if used for bathing and cooking. We boiled water for cooking and always had blue jugs for drinking. We rationed what water we used per week, often having to choose between either laundry or cleaning.

I was 10 when I developed severe skin rashes. I visited various doctors and specialists who prescribed a cocktail of antibiotics and ointments. The relief was temporary, at best. I was traumatized by the experience. There are now antibiotics that prevent the bad reactions, but the water challenges persist.

There are many impacts that have not been captured in the shallow debate about First Nations’ water supplies. Far too many communities make do with band-aid fixes, like bottled water. Ottawa focuses on easy solutions, highlighting the short-term water advisories as a public marker of “real” achievement.

Many First Nations require a comprehensive infrastructure overhaul. Few reserves have homes connected to centralized water mains. Many rely on trucked water and individual cisterns connected to homes. These tanks are not much different from the rain barrels my grandparents had in the late 1980s. This is far from sufficient as water is easily contaminated during the transport process. The system often fails. If the truck breaks down, people are left without water, often for days or for an indefinite period.

Every spring, we cleaned out the cisterns connected our homes. On one occasion, we removed a dead cat from my grandparent’s cistern. To this day, thinking about our family drinking water from this contaminated cistern makes me sick to my stomach. I am angered that the narrow focus on boil water advisories has made Canada accept such unacceptable standards as a solution for First Nation reserves.

Poor water delivery in communities like Red Sucker Lake First Nation contributed to their COVID-19 outbreak. One truck delivers to 200 homes in a community of 1,000 people. When handwashing and cleaning your household are restricted by your access to water, an outbreak of infectious disease is more likely, particularly when people are confined to their homes.

By contrast, I worked with an Alberta county that installed potable water services for rural non-Indigenous homes and businesses. The scope of this project exceeded the number of homes on every First Nations in Canada, stayed on budget, was completed in four years, and provided worry-free, reliable water supplies. Solutions are possible, but there is a lack of will to help First Nations.

For decades, Ottawa has oversimplified Indigenous issues, often reducing complex infrastructure, political and legal issues to simple statements. This is exemplified by the prime minister announcing with sudden confidence that his government would eliminate the Indian Act. Yet he has failed to appreciate how that idea worries many First Nations people who don’t know what the prime minister has in mind.

Canada needs to address the water issue and it must do so now. Eliminating water advisories is only part of the challenge — the easiest part. First Nations deserve nothing more or less than other Canadians take for granted: safe, clean drinking water, delivered reliably and directly to our homes. Is it too much to ask?

In this federal election, it appears as though the leaders and political parties still do not understand the problem, making their promises meaningless on First Nations reserves.

Melissa Mbarki is a policy analyst and outreach co-ordinator at the Macdonald-Laurier Institute. She is from the Muskowekwan First Nation and is a consultant and operations analyst for natural resource projects in Western Canada.