Chrystia Freeland and Frank Buckley will debate whether income inequality in

On March 31, 2015, Member of Parliament Chrystia Freeland and George Mason professor Frank Buckley will square off over the resolution: “Canadians Should Stop Worrying About Income Inequality”.

This is the first debate in the 2015 series. 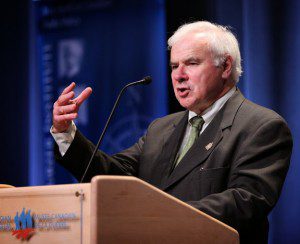 On April 29, Ken Coates and Lloyd Axworthy will debate the proposition that too many Canadian kids are going to universities. On May 26, Andrew Coyne and John Pepall will debate whether Canada’s democracy is in crisis.

For more information on this debate and others, click here.

Bill C-51 catches Canada up to the world on anti-terrorism: Leuprecht in the Globe

Bill C-51 catches Canada up to the world on anti-terrorism: Leuprecht in the Globe