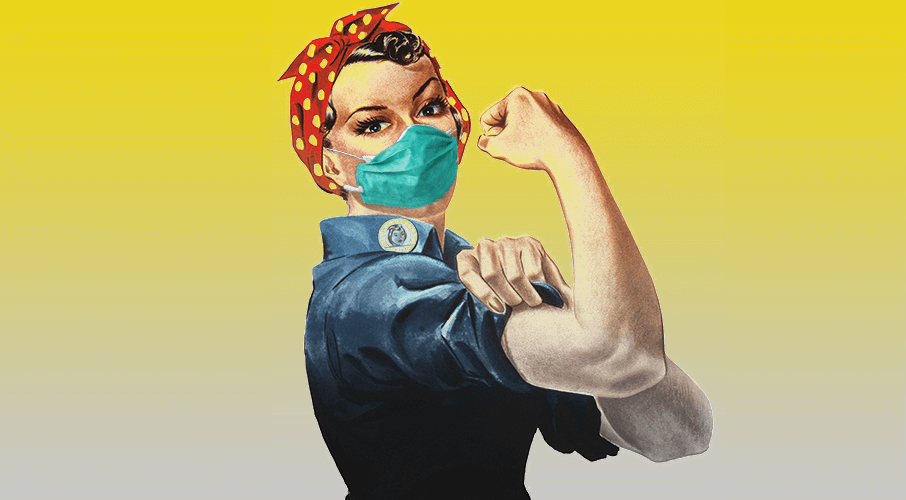 Societal views on the COVID-19 pandemic span a broad spectrum. Our society is without defining experiences, instead becoming increasingly pluralistic and diverse in its views, writes Richard Shimooka.

On March 12, the TSX recorded its largest single day crash since May 1940. It was a fitting link to a time when we were facing the potential collapse of the free world. And while our present predicament is not as existential, the potential outcome is arguably horrific: millions of our most vulnerable citizens placed at extreme risk.

Curiously, societal views on the COVID-19 pandemic span a broad spectrum. They range from casual disregard of the potential threat posed by the virus (often comparing it to the garden variety flu), to theories about the potential collapse of society. They are fuelled in part by social media and the ability of individuals to find like-minded groups to self-validate their views, thereby fanning the flames.

Part of the problem is that our society no longer possesses conceptual reference points for these events. Arguably, the last event of such a scale was the 1962 Cuban Missile Crisis — it too was characterized by hoarding and other mass panic responses. Yet that society was still within living memory of the Second World War and the sweeping measures imposed at that time.

Today, our society is without such defining experiences, instead becoming increasingly pluralistic and diverse in its views. This reflects the concept of “anomie” that French sociologist Émile Durkheim coined over a century ago. It refers to a state in which the lack of norms within society have broken down social bonds, leading people to feel detached from the greater whole. This is arguably our greatest challenge.

Traditionally, government’s role has been to provide a bulwark against these centrifugal forces, providing a solid core around which society organizes. Yet the way many Western governments have handled this crisis has not provided the broader guidance that society craves.

Even ignoring obvious policy failures, the Government of Canada has largely been reacting to the developing situation. On the surface, this may seem like good policy — it avoids mass panic while maintaining some level of economic activity. Unfortunately, its consequences are significant.

Fear is already driving a degree of mass panic. Incremental policy changes, often differing at the provincial and federal levels, only further muddles the message and undermines the state’s perceived authority to deal with this crisis. It encourages people to believe they are in a better position to judge what their response should be, which dilutes the efficacy of public health measures.

Unlike other policy challenges, combating COVID-19 requires something extraordinary in today’s society — unity of purpose and understanding. This stretches from the most basic hygienic practices of individuals, to the broadest policies that governments can implement. How families, businesses and governments operate must fundamentally change in order to avoid the worst-case scenario.

Most difficult of all is that unity of purpose intrinsically runs against the societal trajectory characterized by anomie. It requires a common purpose where everybody clearly understands why the measures are necessary, what actions they must take and have a frame of reference that allows them to extrapolate for situations not specifically outlined by the policies.

Imposing the strongest infection control policy tools possible — such as the mass quarantines and lockdowns that have taken place in Italy, Spain and other parts of Europe — should be considered, especially given the narrow window of opportunity to arrest the worst-case scenario. This also ensures the government has a clear message that it can consistently repeat to assist in its adoption. At the same time, it needs to communicate what life under these conditions will look like, in order to dispel some of the ungrounded fears of a societal collapse that many people have.

The government only has to frame these policies against the unfolding tragedy in Italy to justify their imposition. Imposing them, even for a limited amount of time, would provide the stability that will allow people to successfully respond to the virus. It may be the only way we have a hope of avoiding the fate currently being suffered by other countries.

Richard Shimooka is a Munk senior fellow at the Macdonald-Laurier Institute.