Facebook’s Australian battle is a dire warning about the future of the internet: Matthew Lesh in CapX

in Columns, Inside Policy, Latest News
Reading Time: 4 mins read
A A 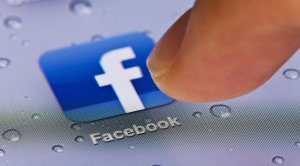 Facebook’s decision to stop publishing news links in Australia is dominating politics Down Under today. But it’s implications are much broader, writes Matthew Lesh in CapX.

Facebook’s decision to stop publishing news links in Australia is dominating politics Down Under today. But it’s implications are much broader.

Though the headlines are about a Big Tech company, this is really about legacy news organisations using state power for a bombing raid on their competitors. In the process they are setting an awful global precedent while undermining one of the founding principles of a free and open internet.

Facebook’s decision is not a Silicon Valley behemoth throwing its weight around – it’s a direct response to the Australian government legislating to force Google and Facebook to pay for the privilege of linking to news publishers, as well as demanding they hand over proprietary algorithm information. The rationale is that digital platforms benefit from news content and publishers are entitled to a slice of the pie. But, given that news actually only makes up 4% of Facebook posts, it was an easy decision for the company to call the government’s bluff and simply block the relevant content, much to the chagrin of certain Aussie politicians.

Shock horror: if you threaten to make someone pay to link to your content they might just respond by removing your links altogether. Now the Australian government wants to go one further and force the tech companies to both carry news content and pay for the privilege.

Needless to say, this is a step in completely the wrong direction. The main beneficiaries of social media links are not the tech firms, but the news publishers themselves, who receive page views, and the associated digital advertising and subscription revenues. To give a sense of the scale, Facebook claims to have provided 5.1 billion free referrals to Australian publishers last year, worth an estimated AU$407 million.

The effort to make social media sites pay for links is an affront to a basic principle of the internet. As Tim Berners-Lee himself once explained in a submission to the Australian Parliament: “The ability to link freely – meaning without limitations regarding the content of the linked site and without monetary fees – is fundamental to how the web operates.”  Like many, Berners-Lee is concerned that the proposal creates a legal precedent for payment to link to all sorts of websites, because once you start with news content there is no end to where this rabbithole might lead us.

Ultimately this affair is nothing but a brazen attempt by news companies – led by everyone’s favourite media mogul Rupert Murdoch – to recoup the lost rivers of gold provided by advertising.

Instead of innovating or improving their product to attract customers, press organisations are using their power to shape political debate to their own ends – although, considering newspapers’ main lost revenue source is classified advertising, it would make more sense if they went after Gumtree than Facebook.

Of course, this is a phenomenon we’ve seen many times before. Whenever an industry undergoes significant disruption, the incumbents do their darndest to keep out new competitors with business models which threaten their revenues. In theory, politicians have a duty to resist these self-interested demands and act in the interests of consumers.

In this case, unfortunately, the vested interests will probably be victorious. Although Google threatened to block their services in Australia last month, they have now capitulated and signed deals with News Ltd, publisher of The Wall Street Journal, The Times and The Australian, and Nine Entertainment, publisher of The Sydney Morning Herald.

Facebook’s blocking of news content in Australia is more likely than not a negotiating technique to reduce the severity of the proposals. It didn’t help its cause by botching its first attempt – initially including Australia’s official weather forecaster, health departments, emergency services, charities, politicians, and even Facebook’s own official page.

This isn’t just about Australia though. The Big Tech brawl Down Under is playing out across the world. The European Union Copyright Directive’s Article 15 (originally Article 11) envisages similar compensation for news publishers, and is now being implemented into domestic law across the bloc. Google has already responded by signing deals with French news outlets – no doubt more are on the way.

Thankfully, the UK has opted to not introduce the Copyright Directive after Brexit. Nevertheless, we should still keep a watchful eyes on proposals from the Treasury to introduce extra taxes on digital companies, as well as British news companies trying to follow Australia’s precedent and demanding payment for their links.

Ultimately, the losers of all this skulduggery will be the public. The existing news companies will be entrenched, freed from the pressures of providing an innovative product and safe in the knowledge that upstarts will not be able to access the same tech company cash. The cost of digital advertising to fund this merry-go-round will have to increase, pushing up prices for consumers.

So ignore the more high-octane commentary on what Facebook is up to. This isn’t a tale of overmighty tech companies, but of media companies trying to pull a fast one – and swindle the public in the process.

Matthew Lesh is Head of Research at the Adam Smith Institute.