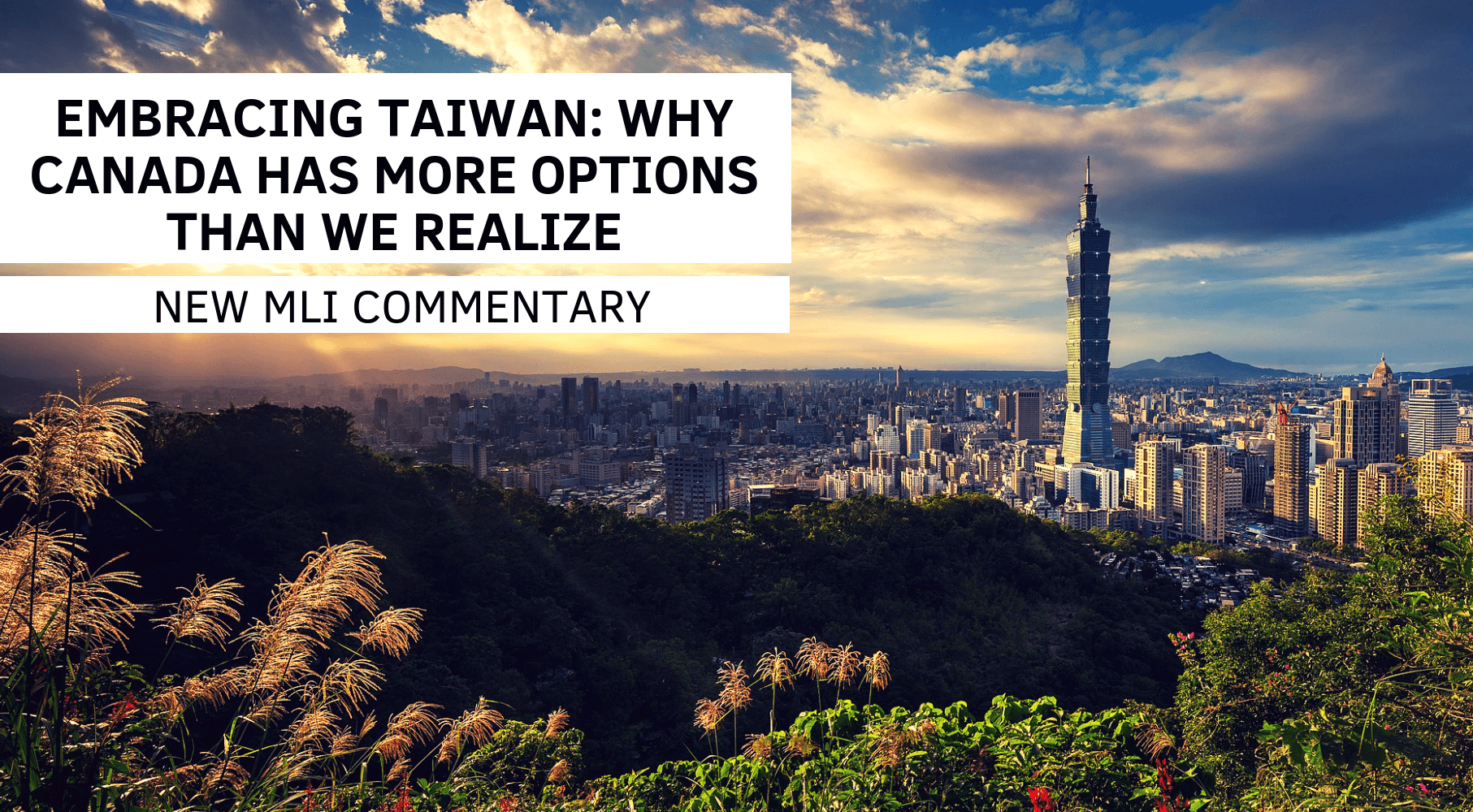 OTTAWA, ON (May 17, 2019): In the context of increasing diplomatic tensions between China and Canada, Ottawa finds itself in need of both new partners in the Indo-Pacific and an effective response to Beijing’s belligerence.

In a new MLI commentary titled Embracing Taiwan: Why Canada Has More Options Than We Realize, author and MLI Senior Fellow J. Michael Cole argues that Taiwan may represent a solution to both dilemmas. This commentary is based on a speech that Cole recently delivered at an MLI panel event.

According to Cole, “As we collectively seek to find ways to cope with a powerful economy run by a ruthless authoritarian regime, and as we endeavour to balance our economic requirements with the need to defend the integrity of our democratic institutions and the values that underpin them, there is no more ideal a partner than Taiwan.”

While many countries, including the US, have made significant progress towards strengthening ties with Taiwan, Canada remains stubborn in its interpretation of the so called “One-China Policy.” Cole’s commentary explores how and why Ottawa ought to follow the lead of our allies and re-define Canada’s relationship with Taipei.

“We must remember that in most cases, the limits to our engagement with Taiwan are self-imposed, a result of us allowing Beijing to define the nature of our laws,” explains Cole.

While working more closely with Taiwan is not mutually exclusive with maintaining a positive relationship with Beijing, Cole acknowledges that China will no doubt “complain and threaten” Canada and other middle-power countries that expand their narrow engagement with Taiwan.

However, despite China’s protests, the benefits of embracing Taiwan would be quite significant. Cole argues that Taiwan is “responsible, pragmatic, and predictable.” It is Canada’s 12th-largest economic partner, a major potential military ally, and its unique insights on managing a complex relationship with Beijing could be invaluable for Canada.

Moreover, it is precisely because of Beijing’s volatility that Canada ought to be seeking other partners in the region.

“Now that Canada is at long last awakening to the potential pitfalls of forming a close relationship with a revisionist and undemocratic China… [Canadians of all stripes have] renewed interest in reaching out to their Taiwanese counterparts,” Cole writes.

“More than ever, the world’s leading democracies – including Canada – must rally to the cause of freedom and international law, at the centre of which lies the very existence of Taiwan.”

However, the responsibility for improving this relationship cuts both ways. Cole suggests that Taiwan must make the case for itself more persuasively, explaining that defending Taiwan is a goal that aligns with the interests of the West.

Iran’s Likely Options if Attacked by the United States: Farhad Rezaei for Inside Policy

Understanding the Backgrounds of Canada's Jihadists: Alex Wilner for Inside Policy