The reason he's a front-runner for the Conservative party leadership should be no surprise: he is speaking to people desperate for a voice. 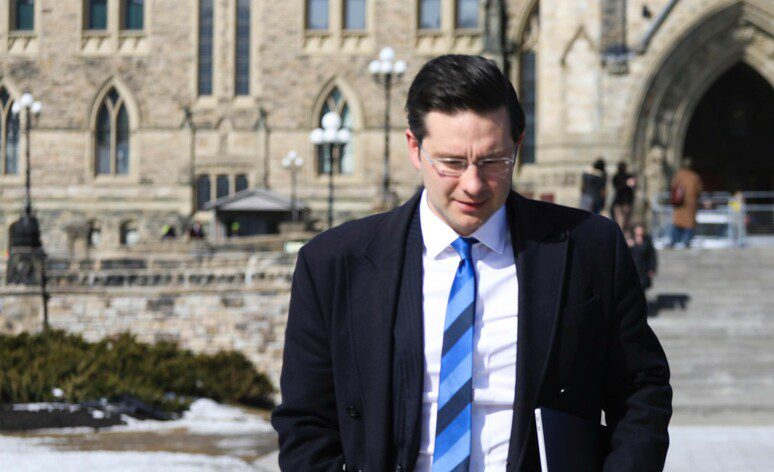 There’s a general consensus that Pierre Poilievre is the front-runner in the Conservative party leadership race. Whether you’re a Conservative (or conservative) or not, and whether you support Poilievre or not, everything from the size of the crowds at his events, to the traction of his social media messages to opinion polling suggest he’s the man to beat.

Of course, those who don’t support Poilievre are naturally concerned about his apparent momentum. Well, more like upset. Actually, make that hysterical.

Poilievre is running a “hard-right, populist and ideological campaign” wrote Global BC’s Keith Baldrey. “Trump playbook, continued” warned Ottawa lobbyist Rick Anderson on Twitter. Gary Mason at the Globe and Mail may have needed a lie-down after penning an apoplectic piece blaming Poilievre for future travesties by “running one of the most dishonest, contemptible campaigns ever seen in Canada.”

The common theme in all of these critiques, and many more besides, is that Poilievre is a populist “just like” Donald Trump — on the basis that he is running a campaign intended to appeal to a large constituency of angry people upset with the political status quo.

The problem is that the analogy is shallow. It’s absolutely true that the strategy (get in front of a big parade) and the tactics (show those in the parade you understand why they’re in it) reflect approaches successfully executed by Trump. But he’s hardly the only one to have done so: successful politicians of all ideological hues over many decades have often been the ones who best identify and exploit an untapped political constituency.

Moreover, once you start to look at the policy themes and details, it’s hard to argue that Poilievre is “just like” Trump. He’s enthusiastically supportive of immigration. He is a defender of the Canadian Charter of Rights and Freedoms (remember when that was a good thing?). His policies on everything from housing to cryptocurrency to inflation have no obvious Trump analog. Unusually for a conservative, he has considerable traction amongst younger people.

Assertions that Poilievre is simply a northern clone of Trump boil down to a conflation of style over substance — and of course, the perceived degree of anger roiling amongst his supporters. Because it is often seen as dangerous, Poilievre is excoriated by critics for “fanning the flames” and “legitimizing” anger. But this assertion muddles cause and effect. Poilievre did not create this political constituency, and he is not the one growing it. So who did?

Perhaps some of these people are angry because they have been vilified for opposing vaccine mandates that crippled their livelihoods — and when they showed up to protest, the prime minister of the country called them a “fringe minority” with “unacceptable views.”

Perhaps it’s because some of them have no hope of ever owning a home given skyrocketing real estate prices.

Perhaps it’s because some of them feel they are increasingly shut out of the public square, whether literally, in the case of vaccine passports, or figuratively, for simply holding the non-majority opinion on any number of issues, from abortion to climate change.

Perhaps it’s because the very elites who claim to be so deeply concerned about growing polarization and the erosion of civil debate are often the first ones to sneer and belittle them whenever they open their mouths to speak.

The reason Pierre Poilievre is the favourite to win the Conservative party leadership should be no surprise to anyone: it is because he is speaking to people desperate for a voice. His critics cannot have it both ways. They cannot complain about the increasing polarization of society while at the same time insisting a substantial chunk of people on the “wrong” side of various debates should have zero voice in those debates.

Since it is the contempt of elites that is the cause for so much anger in the first place, when critics attack Poilievre, they only make him stronger.

Aaron Wudrick is the Director of the Domestic Policy Program at the Ottawa-based Macdonald-Laurier Institute.