Economic headwinds and a chance of slower growth: What the forecast holds for China’s Belt and Road Initiative

A new paper by Stephen Nagy finds that the economic headwinds that China is battling will affect the trajectory and influence of its Belt and Road Initiative. 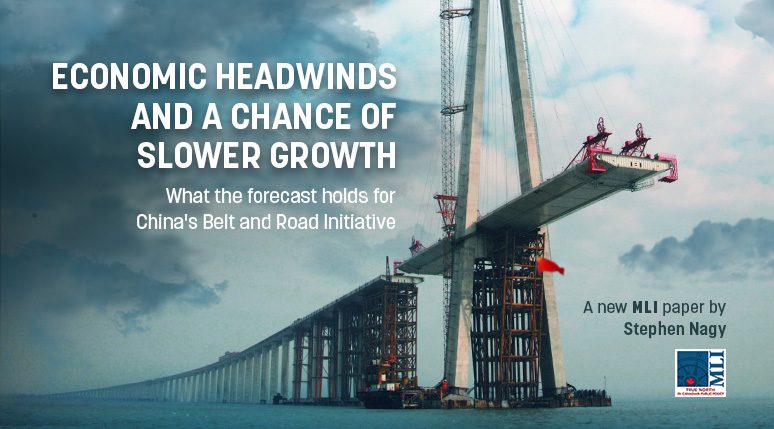 Chinese economic growth has been phenomenal since Deng Xiaoping announced China’s reform and opening strategy in the late 1970s. Notwithstanding that remarkable growth, the Chinese economy faces significant headwinds in the short-, medium-, and long-term. These include (but are not exclusive to) managing the COVID-19 pandemic, an aging population, and an increasingly severe geopolitical environment, including the Ukraine-Russian conflict.

Despite these economic concerns, China’s comparative advantages, its domestic political calendar, and the structural relationship between China and its largest trading partners all suggest that economic growth will continue into 2023 and beyond. However, the quality and speed of that growth will decelerate, which will adversely affect the scope and ambition of the Xi Jinping’s signature Belt and Road Initiative (BRI).

This initiative has been premised on the movement of labour, capital, and materials to BRI-destination countries and regions. However, border closures and the limited movement of people in and out of China during the COVID-19 pandemic have severely restricted the BRI model of export. Despite the resulting economic hardships, there is little possibility that China will open up its borders to the free flow of Chinese migrant labour for fear of a nationwide COVID outbreak.

Yet the momentum behind the BRI was already beginning to slow prior to the pandemic, which had exacerbated some of the underlying financing challenges of the BRI. Other countries have also seen that there are alternatives to Chinese infrastructure and connectivity projects. Indeed, there is growing awareness among them of the geopolitical strings attached to the BRI and the downfalls and drawbacks associated with the initiative, including “debt-trap” diplomacy, environmental and fiscal sustainability issues, and a sense that China’s win-win mantra really means that China wins twice.

The BRI now faces challenges from other countries, especially the Free and Open Indo-Pacific (FOIP) vision that has been spearheaded by Japan. Also, Tokyo has joined India and Australia in the Reliance Supply Chain Initiative (RSCI), which is part of a broader approach to investing in economic security and development by selectively diversifying supply chains in the Indo-Pacific.

On the financing side, the US, Australia, and Japan have signed a Memorandum of Understanding to promote cooperation among their respective companies in the infrastructure, energy, and natural resources sectors in third countries, especially the Indo-Pacific region. Like the RSCI, this trilateral agreement provides financing alternatives to the BRI. The Quadrilateral Security Dialogue (Quad) has also emerged as an important vehicle for providing public goods to the Indo-Pacific region.

Alternatives do not mean an outright rejection of BRI projects and related funding. But what is clear is that trust, or lack thereof, remains a critical barrier to China’s efforts to expand the BRI. Whether China can overcome this trust deficit is an open question, but it is still key to how the country pursues its external influence through the BRI.

The economic headwinds that China is battling, and the comparative advantages it enjoys that have helped to mitigate these challenges, will affect the trajectory and influence of the BRI in the years ahead. Structural issues, geopolitical tensions, the COVID-19 pandemic, and now the Ukraine-Russian conflict will all contribute to putting downward pressure on the Chinese economy. This will limit the resources that can be deployed to the BRI as a geoeconomic instrument to achieve China’s strategic national objectives.

Given the many alternatives to BRI that are emerging, countries seeking infrastructure and connectivity opportunities have choices when it comes to the kinds of assistance they select. Choice leads to increased strategic autonomy and the ability to seize more development opportunities. Meanwhile, like other countries in the region, China faces severe demographic challenges that will certainly reduce the resources that can be diverted to the Belt and Road Initiative. In the future, China will be less able to use the BRI as a tool to reshape the Indo-Pacific region into an architecture better suited to its geopolitical preferences.

What can we learn from the Saskatchewan Party? Brian Lee Crowley on Gormley on Demand

What can we learn from the Saskatchewan Party? Brian Lee Crowley on Gormley on Demand