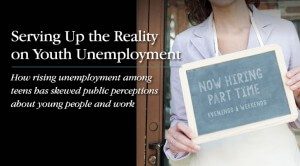 Ottawa should skip its billion-dollar youth unemployment strategy and direct the money to more pressing matters.

That was the advice from Maclean’s magazine after reading a recently-released Macdonald-Laurier Institute paper on the issue.

“As proper as it might be to champion the cause of youth unemployment…there’s good reason to believe the Liberals could spend their time and our money worrying about other problems”, writes Maclean’s.

“The crisis of youth unemployment in Canada is more a measurement glitch than an economic catastrophe”.

The problem is that many complaints about high youth unemployment treat teenagers as equal to youth in their early 20s.

They’re not: The challenges facing teenagers (those aged 15 to 19) and young adults (those aged 20 to 24) are different.

“There’s no existential jobs crisis for 20- to 24-year-olds, which is the segment politicians should properly be worried about”, says Maclean’s.

Time for the Liberals to return to their free trade roots: Brian Lee Crowley in the Citizen