The Decline of Canada’s Defence Aviation industry: Richard Shimooka in the Hill Times 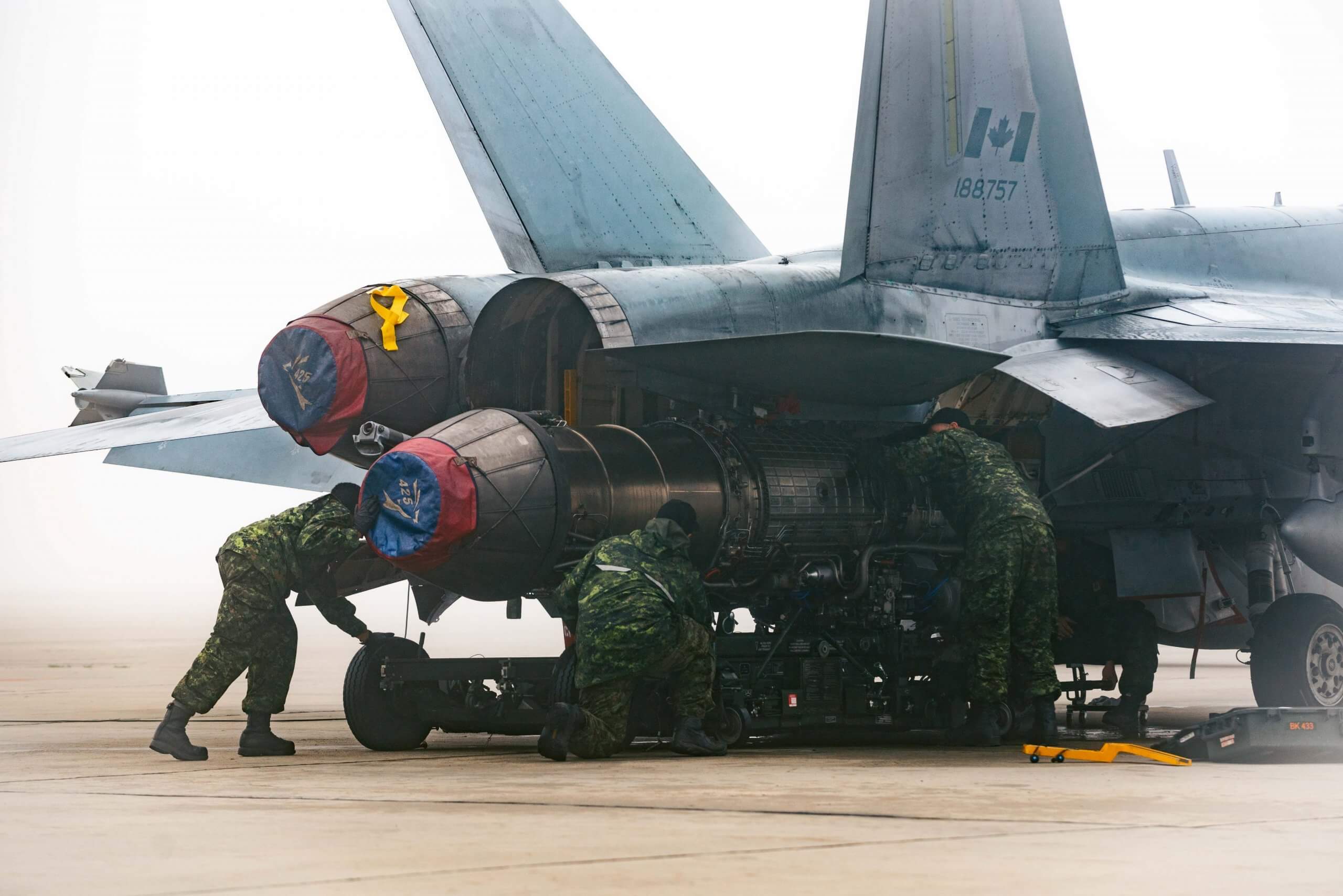 If the government is serious in its desire to sustain the aerospace, and defence aerospace industry, it must do so through a well-reasoned and resourced strategy, writes Richard Shimooka.

Of all sectors, Aerospace has been among the hardest hit in the global economy to date. This not only includes airlines, but manufacturers and maintainers – with decreased orders and reductions in maintenance, repair and overhaul work due to reductions in service, which has knock-on effects for the rest of the economy.

Aerospace is arguably among the most vibrant industrial sectors in the Canadian economy – with high levels of R&D spending and export revenues. Until recently, Canada was a top-five civil aerospace producer internationally, though its position has slid in the past several years.

Yet, the Government of Canada’s response to COVID’s consequences on aerospace has been lack-lustre at best. The manufacturing side of the aviation industry has yet to see any direct support, whereas other countries have injected significant stimulus efforts. One of the most significant vectors of state aid has been through defence spending, and major procurement announcements. Examples include the British Aerospace Tempest, the Mitsubishi F-X, the Franco-German Next Generation Fighter (NGF), and the Turkish and Korean advanced programs, several of which have projected budgets in the US$30-40 billion- dollar range.

The irony is that while defence aerospace has been a growing area internationally, Canada’s position has declined precipitously since the 1950s. At that time, it was competing against other major Western powers such as France and UK on the international market.

There are several factors behind the collapse.

The first is that Canada has by and large not had a properly formulated and funded defence aerospace industry strategy. This was not the case in the 1940s and 50s, when the government embarked on a strategy to develop and manufacture domestic fighter aircraft. This also helped foster the civil aircraft industry, which made significant strides into the international market.

However, the development strategy collapsed in 1959 with the cancellation of the Avro Arrow. Since then, the defence aerospace sector remained largely aimless, suffering significant under-investment and the lack of a dedicated government policy. Civil manufacturing continued to prosper however, partly due to free trade agreements signed with the US that enabled Canadian firms to operate as sub-contractors for American firms.

The primary vehicle for delivering funding to the aviation industry became the Industrial Technical Benefits (ITB) Program, under its current iteration. In short, it is an offset provision that requires any foreign manufacturer to reinvest the entire contract value back in Canada above the threshold of $100 million.

On the face of it, offsets seem like a smart policy. They ensure that money that would otherwise be sent abroad is put to productive use inside Canada. However, they are problematic for several reasons, with a number of states dropping them entirely.

Offsets tend to drive up the cost of capabilities, as foreign companies must invest into them which drives up the price of their product This also erodes the buying power of the Canadian Armed Forces, as they get less bang for each defence dollar. Moreover, traditional offset arrangements do not lend themselves to an effective industrial policy, as they should be relatively short-term subsidies that will temporarily distort the market, and then disappear at the end of the contract.

Due to these and other limitations, many states have moved away from guaranteed offsets. Australia for example, dropped mandatory offsets in 2012, in favour of a much more flexible approach and a strong industry development program.

In 2014, Canada attempted to address some of these deficiencies in the Defence Procurement Strategy (DPS). This approach altered defence procurement’s relationship with the aerospace field, introducing “Key Industrial Capabilities” (KIC) and the “Value Proposition (VP).” KICs were an attempt to refocus offset spending into something approximating a defence industrial strategy. In order to provide the policy more teeth, it was paired with a new criterion in the form of the “Value Proposition.” Proposed VP contributions could now be a part of the assessment criteria for the overall selection of the capability. This set a new precedent – a competitor could be selected based on its economic benefits rather than capability and cost (dependent on the point value assigned to each of these evaluation pillars).

Canada has introduced dedicated investment strategies in other fields, such as with the space sector. It has received over $2 billion in funding over the past five years and had already seen some notable successes. However, the broader aerospace sector has not witnessed similar support, which has been laid bare over the past year with the pandemic and the immense damage it has caused. In other countries, the defence aerospace sector has been a major recipient of stimulus, with major programs being announced or funding dedicated to them. Canada’s response in general has been limited, partly because of the lack of a funding strategy to funnel resources into it.

One temptation will be to increasingly use ITBs as a pot of money to fund the aerospace sector. In the view of policymakers, this is a relatively easy approach – it is “free money” that does not require additional deficit spending to fund. Yet this is a highly problematic approach for all of the reasons discussed above. ITBs cannot be a replacement for a properly planned and resourced investment aerospace policy. Moreover, it is an inefficient use of resources and will rob the Canadian Armed Forces of its precious purchasing power. Indeed, it may take several years before foreign firms’ investments will occur, even though the need is acute in the present.

If the government is serious in its desire to sustain the aerospace, and defence aerospace industry, it must do so through a well-reasoned and resourced strategy. ITBs are an extremely poor alternative to such an approach and will only serve to ensure the increasing irrelevance of the industry and compromise the security of the country.