in Columns, In the Media, Latest News, Peter Menzies, Telecoms
Reading Time: 3 mins read
A A 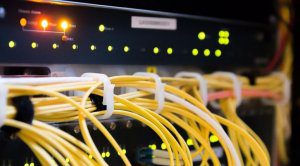 When making daunting decisions, having people who have experience in industries under discussion is invaluable, writes Peter Menzies.

Nothing has been more vital to the functioning of Canada’s economy during the COVID-19 pandemic than the Internet. Yet recent appointments to the Canadian Radio-television and Telecommunications Commission (CRTC) reveal a government oblivious to its necessity.

Nirmala Naidoo, for Alberta and the Northwest Territories, and Ellen Desmond, for the Atlantic and Nunavut, were added to the CRTC as regional commissioners.

Both have qualifications for the position – one as a former broadcaster and the other as a utilities regulator.

However, the government of Prime Minister Justin Trudeau has now appointed a slate of commissioners stunningly short of experience in the $52-billion telecom industry. And that’s an industry upon which virtually every enterprise in Canada depends and which has allowed millions to work from home.

Commission chair Ian Scott has worked for Telus and Telesat. Telecom vice-chair Christianne Laizner is a longtime CRTC staff legal counsel. And broadcasting vice-chair Caroline Simard can list a spell with Teleglobe on her resume. And that’s it.

The other two-thirds of the nine-member commission (there are six regional commissioners) are all smart people. But there’s no one from the telecom/Internet world that has proved to be an economic saviour in recent months.

Scott will undoubtedly welcome his new commissioners with open arms, as will all within the industries they’re about to begin regulating. But it seemed obvious that he was anxious to hang on to Christopher MacDonald (the only remaining commissioner with telecom expertise) when he appointed him to the panel that held a hearing in February to review the state of the wireless industry – a not an inconsequential undertaking.

When a chairman assigns a commissioner to a panel whose work extends beyond the conclusion of their term, it’s a clear sign of their desire for a renewal of that member’s mandate. It says to the government: “I need this one.”

But while the panel continues to deliberate on conclusions likely to have a significant impact on Canadians and the wireless industry, it’s now doing so without MacDonald, whose five-year term as Atlantic and Nunavut commissioner the government let expire earlier last month.

In letting that happen and replacing him with Desmond, it signalled to Scott: “No, you don’t need that one, we think you need this one.” So he bade farewell to the last commissioner appointed under the previous Conservative government and the last male other than Scott.

As if the wireless review isn’t a substantial enough decision to deal with, the Internet-free CRTC collective will in the months ahead award $750 million in broadband funding across the nation and conduct an investigation into barriers to broadband deployment.

But still no voices from that industry at the table.

No doubt the commissioners will do their best and hopefully some of those added in recent years have gathered some expertise.

But when making these daunting decisions, having people at the table who have experience in industries under discussion is invaluable. They’re the ones focused not on endless debates about broadcasting minutiae. They can ask the right questions regarding decisions that actually impact the nation.

These are the people who, when bodies such as the CRTC make decisions, can discern the unanticipated consequences in ways that staff recommendations can’t always contemplate.

These are the people who can say things like: “Yes, well if we do that we can certainly fix Problem A but there’s a good chance it will put Acme Internet out of business. Is that the outcome we’re looking for?”

More challenging is that the government has clearly signalled a desire to adopt some of the recommendations filed last winter from its Broadcasting and Telecommunications Legislation Review (BTLR) panel to regulate content on the Internet.

Never mind that this is a poor idea based on a fictitious crisis in the Canadian creative industry, it will still fall to the CRTC. It, in turn, is now stacked with people likely to view the world through the lenses of broadcasters and independent producers.

That would be fine, if only there were voices from the Internet industry to explain to them what they risk killing.

Peter Menzies is a senior fellow with the Macdonald-Laurier Institute and a past CRTC vice-chair of telecommunications.