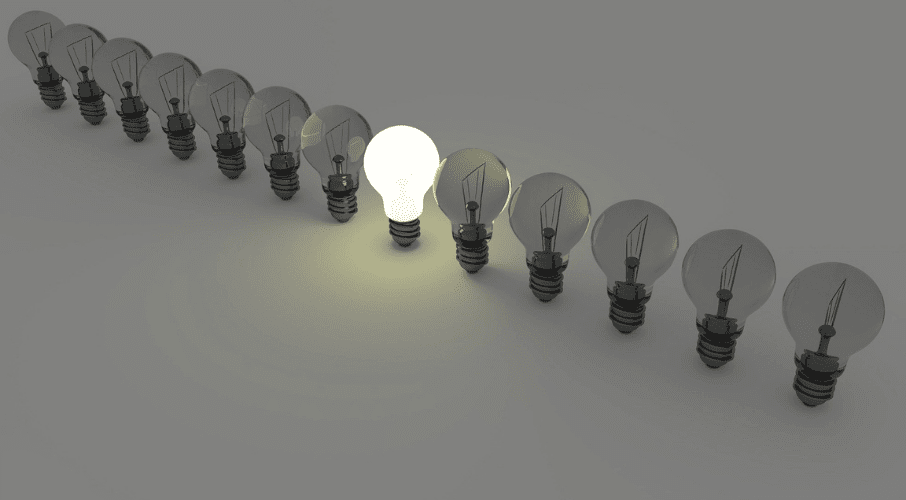 There is no alternative to proactive, principled and persistent government intervention to restore academic freedom, writes Eric Kaufmann.

Academic freedom for political minorities is in crisis in Canada and the wider Anglosphere. Despite a sharp rise in no-platforming and attempts to silence academics in the US, Britain and Canada since 2015, comparatively few incidents have been reported. Instead, the biggest problem is a chilling effect experienced by political minorities, notably conservatives and so-called “gender-critical feminists” who believe in the biological basis of womanhood. Many centrists, alongside some leftists who study Israel and the Middle East, also face restrictions. This intolerance comes both from threats of disciplinary action and via political discrimination from peers. The loss of intellectual freedom affects thousands of academics and students and is the core of the problem.

My new report for the Center for the Study of Partisanship and Ideology shows that campus-based threats to academics’ freedom to research and teach are considerable. Based on eight surveys of academics and graduate students across Canada, the US and Britain, it represents the largest survey-based study ever conducted into academic opinion about dismissal campaigns, political discrimination, chilling effects and self-censorship. It reveals the nature and extent of the problems of censorship and bias in academia from the perspectives of both perpetrators and victims.

There is good news: few academics support cancel culture. Less than 10 percent of Canadian academics backed each of five hypothetical campaigns to fire scholars who report controversial findings touching on race and gender. However, a large group of around 30 to 60 percent do not actively oppose cancellation in each scenario. This mirrors American and British findings and shows that there is considerable academic tolerance for cancel culture. After all, many academics support the progressive aims of the activists even if they have qualms about the authoritarianism of their methods.

The structure of public opinion among Canadian social sciences and humanities (SSH) academics reveals this cross-pressure. On the one hand, Canadian academics prioritize freedom of speech over social justice by a 53-34 margin, similar to the US. Yet Canadian SSH academics support mandatory race and gender quotas for reading lists more than they oppose them, by a margin of 48-29, broadly echoing American findings. This impinges on the freedom of academics to set their own reading lists and thereby violates academic freedom.

While favouring illiberal progressive initiatives like mandatory ‘decolonization’ of reading lists, academics do not want to punish dissidents too severely: just 11 percent of North American supporters of quotas favour firing non-conformists or cancelling their courses. Most (63 percent) instead prefer ‘softer’ forms of pressure such as forcing dissenters to take bias awareness training or applying peer pressure.

The problem is not fading away, but it is likely to get worse if nothing is done. Why? Because Millennials are a less tolerant generation than Xers or Boomers. Younger academics are no more left-wing than their elders but are twice as likely as those over 50 to support dismissing controversial professors, with 41 percent of Canadian SSH academics under age 40 supporting at least one of four hypothetical dismissal campaigns. Canadian PhD students, 44 percent of whom back at least one dismissal campaign, are even more intolerant; this is similar to findings in the US and Britain. As a more authoritarian cohort enters the ranks of academia, the threat to the freedom of political minorities is likely to intensify.

There is also a longstanding problem of political discrimination, which has grown worse as the faculty has tilted increasingly leftward. A large minority of Canadian academics discriminate against conservatives in hiring, promotion, grants and publications. Forty-five percent of Canadian academics would not hire a known Trump supporter, which is also true of four in 10 American academics, while one in three British academics would discriminate against a Brexit supporter. This is not because academics are more biased than non-academics or the left discriminates more than right. In fact, my work shows there is a similar level of political bias in all these groups. That said, when the left outnumbers the right 14-1, as is true in my survey of Canadian SSH academics, and people’s views are apparent in their work, discrimination falls heavily against the right.

Discrimination also occurs in collegiate interactions. Just 27 percent Canadian academics would be comfortable having lunch with a gender-critical scholar who opposes the idea of trans women accessing women’s shelters. This is very similar to results from the US and Britain and is lower even than the 37 percent of Canadian academics who would be comfortable sitting down with a known Trump supporter. This also suggests that gender-critical feminists face the most severe discrimination of any political minority. In Britain, they are the group that is most likely to be no-platformed.

The combination of punishment and discrimination against dissenters means that political minorities are careful about what they say and write. Among conservative academics in the social sciences and humanities, 56 percent of Canadian conservatives, 70 percent of their American counterparts and 50 percent of British conservatives self-censor in teaching and research. This compares to 10 to 25 percent among left-wing faculty. Lack of freedom in casual conversation is even greater than in research and teaching: just 15 percent of Canadian academics say a Trump-supporting academic would feel comfortable expressing their beliefs to a colleague, about the same as in the US. Just 18 percent of Brexit-supporting SSH academics in Britain say they would openly express support for Brexit.

This feeds into the graduate student recruitment pipeline: 53 percent of conservative SSH graduate students in a combined Canadian, British and American sample say that their political beliefs would make a difficult fit with an academic career compared to under 7 percent of leftists and centrists. My surveys show that conservative MA students self-select away from academia at significantly higher rates. In the UK, I also find that conservative academics retire earlier than their leftist counterparts.

This reproduces a political monoculture. Seventy-three percent of Canadian SSH academics sampled from the 40 top-ranked universities in the country identify as left-wing, with just 4 percent identifying as right-wing, a 73-4 ratio. In the US, across the top 100 universities, the numbers are almost identical, at 73-5. In Britain, across all universities, the ratio is 62-7. Seven percent of Canadian academics voted for the Conservative Party compared with 36 percent of the public, and 52 percent favoured increased immigration compared to 13 percent of the public. How such a skewed group can accurately understand the national population is an open question.

We are now in a spiral, in which punishment and discrimination create chilling effects which keep dissidents out, producing political homogeneity. This monoculture increases the supply of radicals, the tolerance for cancel culture and the level of discrimination against political minorities. This chills the intellectual climate still further, in a feedback loop.

Will the problem of progressive authoritarianism fix itself? Or will it fade away like McCarthyism did in the 1950s? On both counts, the answer is no.

The problem of progressive illiberalism on campus was noticed in the late 1960s. It has been embedded in university policy since the late 1980s (via speech codes), persisting for close to four decades. Intolerance is an inherent component of a cultural-left ideology which sacralizes historically disadvantaged race, gender and sexual identity categories and therefore does not permit such groups to be offended. Universities are at the forefront of this secular creed and have been captured by a self-fulfilling dynamic, which means they cannot reform themselves. Only external intervention can break the spiral.

Statements of principles, such as those modelled on the Chicago Principles adopted by universities in Alberta and Ontario, are a start. But on their own, they will have little effect. Ninety percent of American universities maintain speech codes that violate the First Amendment. Universities pay lip service to academic freedom, but when this collides with the demands of activists who leverage loosely worded policies on harassment, diversity or university reputation, academic freedom is often sacrificed.

Mutual aid associations like the Foundation for Individual Rights in Education (FIRE) in the US and Free Speech Union (UK, now in US) are vital, and are needed in Canada. Yet, even here, the onus is on the accused to fight back while activists are permitted to lay frivolous charges with impunity. As one American academic wrote, when it comes to administrative threats, “the process is the punishment.” Most dissidents will, reasonably, choose to self-censor. The only way to deal with chilling effects of this kind is through active government auditing of universities.

This means we need an activist regulator, as recommended in the UK government’s new policy paper on academic freedom, which is likely to formally become law later this year. This creates the position of Academic Freedom Champion on the sector regulatory body, the Office for Students. This figure will act as an ombudsman for complaints arising from within universities and audit universities for non-compliance with their duty to not only defend, but actively promote, academic freedom. This also gives plaintiffs the opportunity to circumvent universities seeking to discipline them for speech.

UK regulation extends universities’ academic freedom duty to include protecting against political discrimination and safeguarding public commentary. The white paper explicitly mentions that “emotional safety” as a rationale will not be accepted as a reason to limit speech. The Academic Freedom Champion and their staff will have the power to levy fines on non-compliant institutions. This could involve receiving reports from whistleblowers and plaintiffs, combined with rapid intervention. It should incentivize universities to desk-reject frivolous complaints and ensure that the disciplinary apparatus is used very sparingly, and only for speech likely to infringe the law. The latter is crucial for nipping authoritarianism in the bud.

A Canadian equivalent should involve the creation of similar offices at the provincial level to proactively ensure that universities in receipt of public funds are adhering to the law on freedom of expression and not engaging in discrimination against political minorities.

Some have complained that this represents a violation of the academic freedom in universities and student unions. However, when institutions are violating individual rights, only the government can protect fundamental freedoms. When southern US universities discriminated against black students in the early 1960s, the federal government had to temporarily override their autonomy. When some British public schools were captured by Islamists, the government had to take over the schools. Individual autonomy trumps institutional autonomy, especially where institutions are publicly funded.

Likewise, today, there is no alternative to proactive, principled and persistent government intervention to restore academic freedom and tackle the pervasive chilling effects being felt so keenly by political minorities in the professoriate and student body.

Eric Kaufmann is a professor of Politics at Birkbeck College, University of London and is affiliated with the Center for the Study of Partisanship and Ideology (CSPI), the Manhattan Institute and Policy Exchange.