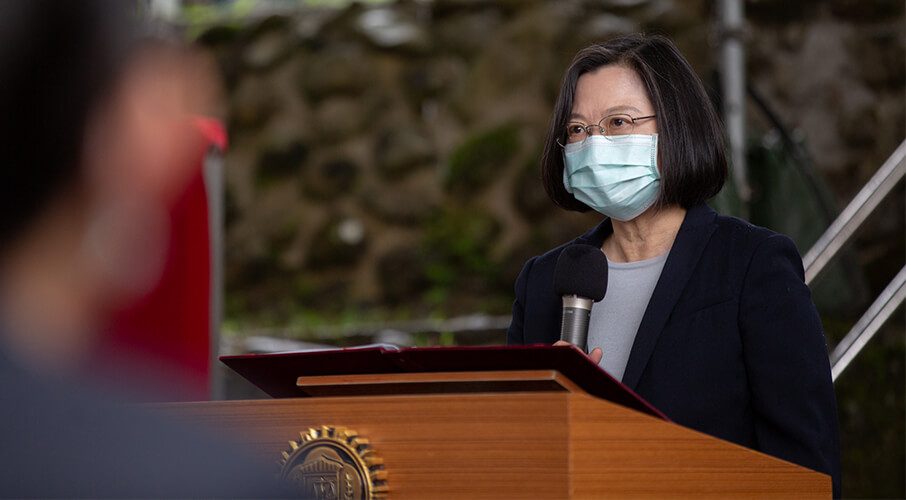 It’s time for Deputy Prime Minister Chrystia Freeland and Health Minister Patty Hajdu to follow up with concrete action to ensure that Taiwan is invited to this year’s and all future meetings of the WHO, write David Kilgour and Susan Korah.

The World Health Assembly, the decision-making summit of the WHO, meets for its 73rd session from May 17-21. This year, the COVID-19 pandemic — still holding much of the world in its deadly grip — has exposed the consequences of excluding Taiwan from participation in the global health-care system.

As key events in the timeline of COVID-19’s progression from Wuhan to all corners of the world have proven, the world can’t afford to accept China’s view that Taiwan is a renegade province of the mainland and must be excluded from participating in all international forums.

A country nearing 24 million with a freely elected democratic government, Taiwan has been denied even observer status at the WHO, as many of its member states, economically dependent on China in varying degrees, are reluctant to offend the communist-party state.

But the pandemic has shown that the interests of global health-care should precede economics and politics.

Taiwan’s management of COVID-19 has been exemplary. Moreover, the WHO’s dismissal of the country’s early warning of the impending catastrophe has proven to be a lethal mistake.

The South China Morning Post reported that by Dec. 31, 2019, when the number of COVID-19 cases had multiplied in Wuhan, Taiwan’s Centre for Disease Control had immediately contacted the WHO’s Internal Health Regulations focal point.

But Taiwan’s timely warning went unheeded by the WHO, which not only failed to publish this information on its website, but waited until Jan. 30, 2020, to declare it a “health emergency of international concern.” The world’s health-care guardian didn’t declare it a pandemic until March 11.

“The point of declaring a pandemic is (to) mobilize resources… it’s a poke to the countries … that aren’t doing adequate preparatory work,” Dr Srinivas Murthy, co-chair of WHO’s clinical research committee for the new coronavirus said in an interview published on March 30 in the Canadian Medical Association Journal.

By this time, COVID-19 had already taken its deadly toll, including across Canada, with 970 confirmed cases and 19 deaths in B.C. and 1700 cases and ten deaths in Ontario alone. The world had been plunged into the biggest health and economic crisis since the Second World War.

In the meantime, Taiwan drew worldwide plaudits for its exemplary management of the pandemic. Early intervention, a flexible command structure, a comprehensive epidemic prevention strategy, integrated medical data, and proactive information disclosure allowed Taiwan to record only 429 infections and six deaths as of this week.

This has left Taiwan in a position to extend a helping hand to other countries — something its health-care experts have done even before the outbreak of COVID-19.

This week, Taiwan announced the donation of 500,000 high-quality surgical masks to Canada, one of many donations it’s giving to other countries in the wake of its own success with controlling the spread of COVID-19.

Winston Chen, the representative of Taiwan in Canada, says, “This donation of high quality ‘made-in-Taiwan’ masks is the best way for Taiwan to extend a helping hand to the frontline medical staff in Canada.” He adds that Taipei is looking to more assistance to Canada, including vaccine and treatment development, further linking supply chains, and working collaboratively on establishing best health practices.

The surgical-grade masks will be distributed by the Canadian Red Cross, including 400,000 to the federal government, 50,000 to Ontario, 25,000 to British Columbia, and 25,000 to Alberta. Canada’s Public Health Agency is currently testing them.

The government of Taiwan appears to expect that some of the masks will be used by Canada’s indigenous communities, according to a press release issued.

COVID-19 has demonstrated that Taiwan’s exclusion from WHO is counterproductive. Indeed, as the “world needs more Canada,” the WHO needs more Taiwan.

The Canadian government has publicly called for Taiwan to regain observer status at the WHO. Deputy Prime Minister Chrystia Freeland recently responded to a question in the House of Commons on whether Canada supports Taiwan’s participation. “Yes, indeed,” she said. “Canada believes that Taiwan’s role as an observer at WHO is important to the global community in the fight against the pandemic.”

It’s time for Freeland and Health Minister Patty Hajdu to follow up with concrete action to ensure that Taiwan is invited to this year’s and all future meetings of the WHO.

David Kilgour is an MLI Senior Fellow and the former secretary of state for Asia Pacific. Susan Korah is an Ottawa-based journalist.