The court backs creators, not universities: Richard Owens in the Financial Post 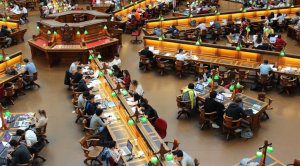 Universities have relied on ‘fair dealing’ provisions to photocopy mountains of material and distribute them to students, writes Richard Owens.

In a unanimous decision released April 22, the Federal Court of Appeal upheld the earlier finding of the Federal Court that massive theft of copyright-protected materials by York University is not protected under the Copyright Act as “fair.” As a result, the owners of the copied materials have the legal right to be paid for their costs and for losses arising from the copying. It is a just and expected outcome.

Briefly, York and many other universities relied on the Act’s “fair dealing” provisions to photocopy mountains of material from a vast number of publications and distribute them to students. “Fair dealing” provides that copyright can be violated for certain purposes, including education, so long as it is done fairly. York did a slapdash job of putting together and applying guidelines for copying and then relied on them to assert that its process for making and distributing copies was fair. The courts have responded with a clear and resounding “no.”

In the past, York paid for its copying under a licence from a non-profit collective, Access Copyright. Astonishingly, York simply stopped paying and refused to acquire a licence. To take such a severe, multimillion-dollar legal risk was extremely imprudent, especially in an area as legally unpredictable as fair dealing. Compounding that imprudent strategy was that the copying policy was prepared and implemented with extreme operational sloppiness.

York’s decision was also immoral and hypocritical. Education is a crucial market for many publications. How can educational institutions say that writing and distributing books and articles are unworthy of compensation? How can they expect their ongoing needs for up-to-date materials to be met if they won’t pay into the system that rewards them? York is just the named plaintiff in this case. Many other universities and institutions are, shamefully, in the same position.

An apparent downside to the decision is that, following an excruciatingly detailed historical analysis the court determined that the tariff published by Access and approved by the Copyright Board, which administers the Act, was not mandatory. As a result, Access cannot collect from entities that have not signed a licence with it. The court impressively reviewed and analyzed more about the history of Canadian copyright administration than anyone ever wanted to know. It makes for difficult reading but it is jurisprudential analysis of a high order.

This part of the decision seems like a major blow to authors and to Access Copyright but I’m not so sure. Consider the position the universities are now in. They are liable for massive infringement damages, plus interest and costs. That puts copyright holders in a pretty good negotiating position. Although Access Copyright cannot rely on statutory authority to represent its members’ rights, it may be able to become their negotiating agent. Or it could rely on dicta in the decision itself to acquire a stake in its members’ rights, as SOCAN (another collective) is noted in the decision to have done from its songwriter members. This would enable Access to sue directly for damages on its own behalf.

And damages could be very high — not the negotiated, per capita fee set out in the Access Copyright tariff, but all lost revenues, plus interest and related costs. Indeed, the Act provides for steep statutory damages. Given that the infringements are very many, commercial, and deliberate, rights-owners should be compensated on the upper end of the statutory damages scale. If negotiation fails, then turn it over to class action lawyers. Suing big universities and institutions across Canada for massive statutory damages on behalf of a great many authors? Nice work if you can get it.

Unfortunately, both because of the money at stake and the array of nuanced interpretations of murky areas of copyright law in the decision, this case will likely go to the Supreme Court of Canada, which will face a thorny mess. It is, however, a mess entirely of its own making, given its previous weak copyright decisions, so it is fitting that the Supreme Court should clean it up.

A final point: the decision traces the roots of our collective copyright management system to a 1930s policy that artists’ pricing power had to be constrained. That made no sense then and is for many reasons completely perverse now. Parliament needs to address the copyright mess the case has uncovered. For years, it has been engaged in an overdue review of the Act. But it hasn’t moved forward because the government and our copyright establishment essentially won’t support, and even opposes, our creative community. It’s time that changed. Part of the process has to be the reconfiguration and empowerment of collective rights management in accordance with the dignity, rights and autonomy of the creative worker.

Richard Owens is a Senior Munk Fellow of the Macdonald-Laurier Institute and adjunct professor at the University of Toronto Faculty of Law.