Countering the growing threat of Russian disinformation in Canada: Kolga in the Star 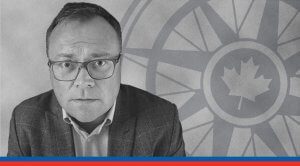 As the number of reports about Kremlin election meddling and disinformation campaigns around the world continue to build, a disturbing Canadian report claims that the Putin regime has been paying millions of dollars annually to Canada’s largest cable providers to force feed Russian state propaganda into 6 million Canadian households since 2009.

The scheme represents a highly unusual reversal of the typical flow of money in the television distribution industry, where channel and content providers usually get paid by cable and satellite TV providers whose subscribers pay for content. The Russian government is paying off Canada’s largest media companies to expose unsuspecting television subscribers to regime-sponsored disinformation in what amounts to a surreal 24 hour propaganda informercial.

Russia Today, or RT as it’s known today, has been churning out pro-Putin propaganda, conspiracy theories and outright disinformation to support and advance the Russian regime’s foreign policy objectives since 2005.

Most viewers take RT’s news reporting far less seriously than the satirical news featured on Saturday Night Live, yet the threat posed by RT and other nefarious state-sponsored media, should not be taken lightly. The confusion and discord they aim to promote, here in Canada and elsewhere, represents a serious challenge to our democracy, institutions and values.

“Putin is terrified by Canada’s outsized credibility and leadership on issues of human rights,” says human rights and anti-corruption activist, Bill Browder. “Of course he would do everything in his power to manipulate Canadian public opinion with RT and other disinformation techniques. He’s desperate to deflect attention away from his appalling record of human rights abuse, corruption and aggression.”

Otherwise laughable conspiracy theories are given serious airtime on RT. For example, in a 2014 RT interview, former Canadian Defence Minister, Paul Hellyer, claimed that dozens of extraterrestrial alien species live among us, and that Western warmongering is keeping them from gifting us their technology. As bizarre as the interview was, its aim was to make viewers question the credibility of Western leaders, make us doubt Western security arrangements and feed a growing audience of anti-establishment conspiracy theorists.

Over the past decade, the Kremlin has gambled hundreds of millions of dollars on propaganda annually in hopes that Western audiences will be convinced to reject their established institutions and systems, and embrace Vladimir Putin’s authoritarian anti-liberalism as an alternative. The possibility of a Ukrainian-style Maidan pro-democracy movement continues to haunt Putin, and is one reason why RT continues to characterize the 2014 Ukrainian uprising as a neo-Nazi movement, while the Kremlin’s domestic channels demonize it as a Jewish led, gay conspiracy.

Over the past decade, the Kremlin has gambled hundreds of millions of dollars on propaganda annually.

Since the Ukrainian uprisings, several Western elections and referendums have fallen into the crosshairs of Kremlin disinformation, with varying degrees of success. In France, the Kremlin-funded anti-immigrant National Front was spurned by voters, while Putin’s efforts were rewarded with major gains for the extremist Alternative for Germany party in that country’s elections. Brexit gave Putin a major victory in his efforts to dismember the European Union, yet the U.S. Muller investigation has so far stalled efforts to dilute the transatlantic partnership or NATO.

The Kremlin’s pay-for-broadcast propaganda scheme is clear evidence that Canada is not immune from Kremlin disinformation and is just the tip of a much larger iceberg.

The Canadian company that distributes RT also broadcasts a number of Kremlin-owned Russian language “news” channels in Canada that whip up xenophobic, anti-LGBT and anti-Western sentiments in the Russian speaking community. Russia’s top news personality and close Putin ally, Dmitry Kiselyov, told his viewers of his show on RTR Planeta in Canada that “gays who die in car accidents should have their hearts cut from their bodies and incinerated.”

Britains broadcasting regulatory body, OFCOM, has sanctioned RT on a number of occasions for misleading reporting and bias, which included outright fabrications of facts.

As we approach the federal election in 2019, Canada must confront this growing threat to our democracy and institutions. In order to protect them, Canada should follow the lead of our allies and create a government strategic communications centre for the detection of disinformation and the development of counter-narratives and media literacy strategies. A well-funded centre can be a powerful resource for all Canadians to help detect the difference between truth and deception.

The Kremlin’s media channels, such as RT, have one primary objective: to promote the decay of Western democracy by spreading the spores of propaganda throughout the world. We can stop that by securing the reliability of free, open and transparent media and proactively identifying and countering threats.

Marcus Kolga is a documentary filmmaker, human rights advocate and an expert on disinformation, sanctions and Russian foreign policy. He is a senior fellow at the Macdonald-Laurier Institute for Advancing Canada’s Interests Abroad.

Wynne’s cynical wage hike proves she’s not really on your side: Cross in Financial Post

Wynne’s cynical wage hike proves she’s not really on your side: Cross in Financial Post